Bryan Habana was amongst the most deadly finishers to ever play the game. The South African scored a massively impressive 67 tries in 124 test matches for his country.

His lightning pace made him incredibly difficult to defend against. He was highly respected by his peers, so much so that Brian O'Driscoll once attempted to swap jerseys with him after a game against South Africa in Dublin.

However, Habana wasn't very accommodating. Speaking on BT Sport, O'Driscoll recalled how the player opted to keep his own jersey rather than swap with the Irishman.

"I thought I'll do the right thing, young up and coming player, I'll swap jerseys."

"He put me rightly back in my box!"

In 2006 they played us here. It was a centenary year I think for South Africa, so they were playing in a special white jersey against us.

We played 13 against one another, his first time playing 13, might have been his last. We won the game and I thought I would do the right thing, a young up and coming player, I'll go into the dressing room and I'll swap jerseys.

I said goodbye to my teammates, said I'd just go in and swap this jersey. He said 'sorry, this is the centenary jersey, it's kind of special'. So I was like 'you don't want to swap?'

He said 'nah you're alright'. So I went with my tail between my legs back to our dressing room and the lads were like 'where's his jersey, how come you've still got your one on?'

I said he didn't want to swap. He put me rightly back in my box.

We did a charity walk in South Africa last year and it came back up again. We talked about essay writing and how much of a fan he was. I was like 'you're not that much of a fan if you didn't want my bleeding jersey'.

In fairness, Habana feels pretty bad about it now.

"I already feel bad I didn't swap my jersey in 2006, you can't make me do that as well!"@BryanHabana once wrote an essay about @BrianODriscoll when learning to play centre 👊

But he won't be reading it to him anytime soon!#RugbyToday, 2.30pm on BT Sport 3 HD. pic.twitter.com/emi72hMqQH

SEE ALSO: League Of Ireland Fan Is Back And He Debunked The Great Mysteries Of His Original Video 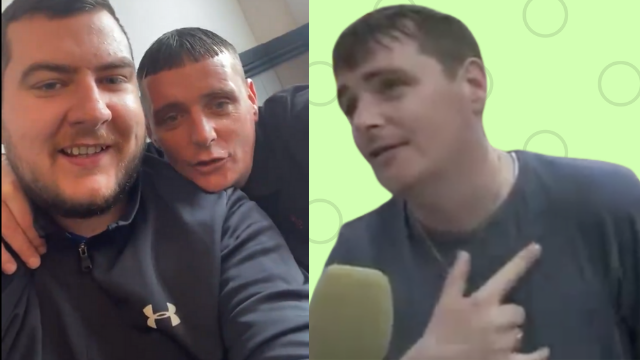