Best And O'Driscoll Agree On Ireland Failing Against France

Both Brian O'Driscoll and Rory Best concluded that Ireland lacked some creative spark in defeat to France in the Six Nations on Sunday.

"The Lowe no-try early on, when France were down to 14, that's a pivotal moment," O'Driscoll told ITV.

"We talk so often about fine margins in Six Nations. You knew it was going to be very difficult for France. We've got very good home record against them.

"With the amount of possession Ireland had - 55 per cent - they just didn't create enough opportunities for themselves. That one Lowe opportunity. The Kelleher try was even an error from France."

"It was very impressive how France dominated the second half, territory-wise. They turned the screw. The France of the last four or five years, they would have done something to give you a big opportunity in that second half. Really they didn't until the last minute or two.

"Some of Ireland's attack, there's a lot of running at one-out runners. You contrast that to France who are looking for space, looking for offloads. They will find space whether it's in the middle or kicks in behind. The variety of the game was good from France and can be better for Ireland." 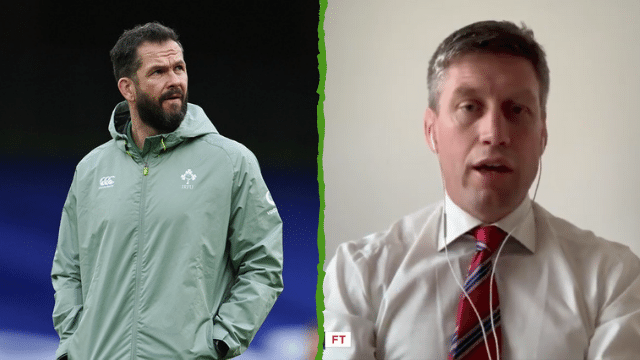 Rugby
1 month ago
By Jonathan Byrne
Watch: BOD Hilariously Rips Tommy Bowe About Ireland AM Blunder
Rugby
2 months ago
By Jonathan Byrne
Brian O'Driscoll Cites Most Important Statistic From Irish Win Over All Blacks
Gaming
3 months ago
By Balls Team
Remembering The Monster That Was 99 Overall Brian O'Driscoll In EA Sports Rugby 06
Popular on Balls
Rugby
2 days ago
By Colman Stanley
Keith Earls Shares Story That Captures Andy Farrell's Decency
Football
2 days ago
By PJ Browne
'If He Continues With Performances And Goals Like That, Stephen Kenny Will See It'
Football
2 days ago
By Eoin Harrington
Quiz: Name Every Player To Score In A Champions League Final
Football
20 hours ago
By Gary Connaughton
Portsmouth Likely To Retain Gavin Bazunu This Month Despite Championship Interest