Rory Best And Brian O'Driscoll Optimistic But Realistic About Ireland

All analysis of Ireland's victory over Italy in Rome on Saturday had to be prefaced with the caveat 'Italy were poor'. Andy Farrell's side ran in six tries to claim their first win of the year's Six Nations. They looked far more potent in attack. Though it was hard not to against an Italian side which has now conceded 19 tries this tournament.

"It will be very different in [against Scotland] Murrayfield but they created way more [today]. That's where they've been struggling in the past. We haven't got a sense of what they've been trying to do [before this game]. They married the physical well with the fleet of foot, which had a positive knock-on effect. There were way more offloads, way more linebreaks, and creating way more chances. They'll obviously be disappointed that they didn't convert more in the second half.

"On top of that, we saw green shoots of the future with (Craig) Casey and Ryan Baird coming in. We don't want to lose the run of ourselves but it was a significantly improved performance on what we saw in the first two rounds.

"We saw a better picture as to what they are trying to achieve. I think Andy Farrell will be conscious of not having an overly inflated view of where they are at because of the opposition - Italy were very poor in parts.

"It reinforced the point that Johnny Sexton is Andy Farrell's number 10, and captain - he pulled the strings magnificently.

"It's great to see Tadhg Furlong back playing well. He adds some extra meat to the pack that's going to be needed in Murrayfield."

"It was good to see Johnny (Sexton) taking some really intelligent options, varying it when he was out the back, when he was hitting the short runner, when to kick," said Best.

"I thought the options he had at his disposal were so much better.

"The balance of that backrow looked really good. Robbie Henshaw, Garry Ringrose, the back three, they all looked hungry to get their hands on the ball. It was a really dominant performance, especially in that second half.

"The game broke up with the number of penalties Italy conceded, which maybe didn't suit Ireland so much.

"We've got to be realistic but you've got to beat what's in front of you. Ireland did that well today."

Best added that the backrow of Tadhg Beirne, Will Connors and CJ Stander facilitated improvements in Ireland's attack.

"There were a few times in the game - and sometimes the ball didn't get to Tadhg Beirne - but you could see that width he was holding. He had one really good break down the left wing, with an offload. He also showed that in defence.

"I thought Ireland were really good defensively, especially at the breakdown where he probably led the way in turnovers and slowing the ball down. I thought it was a really impressive display by the pack in general, the front five with some dynamic ball carries. The balance of the backrow helped our backs have a bit more time, a little bit more space." 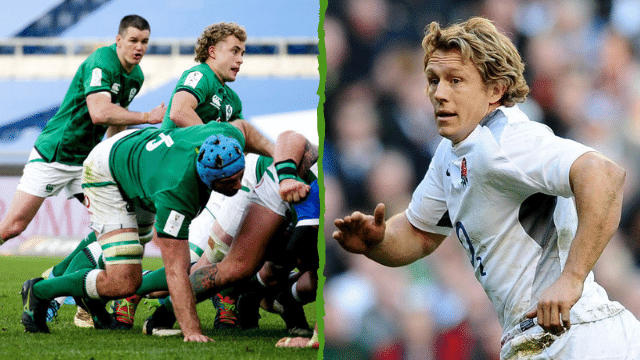