There were a lot of confused rugby fans last weekend when Ireland took to the pitch against South Africa sporting a new grey alternative rugby jersey with green details on the sleeves, but once the match kicked-off, anger was the emotion most commonly expressed by those watching as South Africa wore their traditional dark green, causing a kit clash.

The white shorts of the South African players were the only assistance in figuring out who was who, and the fact that many of the Irish players had their thighs taped rendered that totally useless, so while it wasn't ideal everybody had to get on with it.

But why was our away jersey dark and not white? Would that not have made infinitely more sense, since we are a sporting nation that wears green and very rarely comes up against another one? And on that rare occasion, could we not just wear our white away jersey?

Last weekend was not the first time an Ireland team took to the field not exactly looking like an Ireland team. We've had a look back through the archives to determine when Ireland - in any sport - wore a black, or dark, alternative jersey, and the findings confirm our suspiscion that we just don't need to have one. 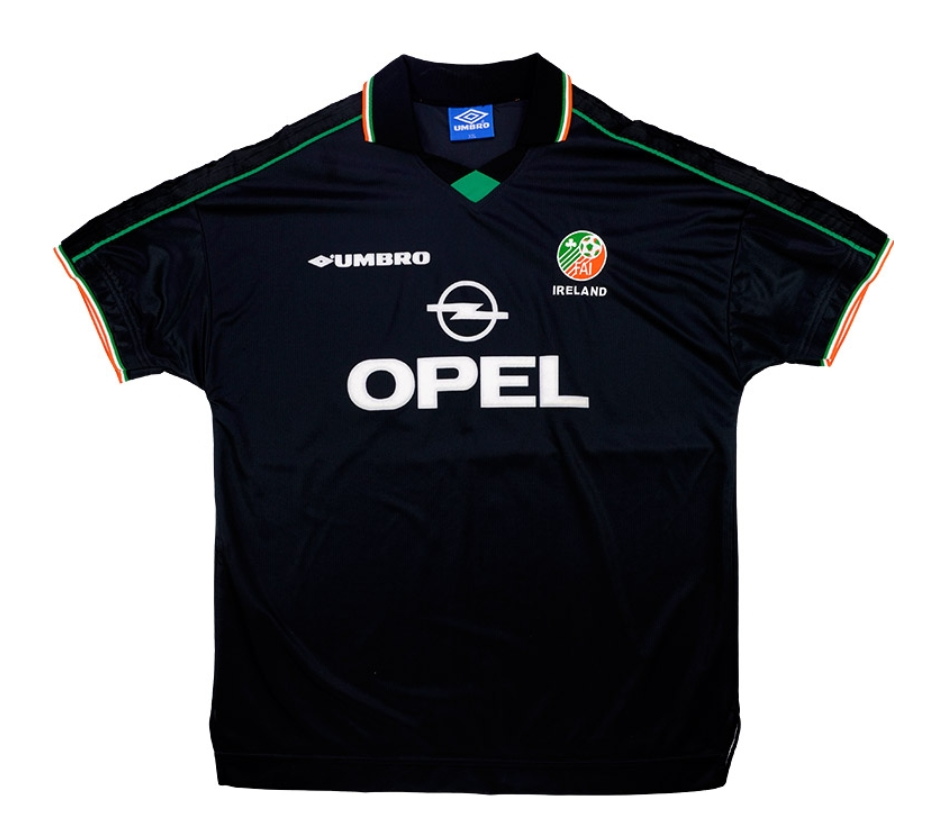 Umbro were trying some stuff out of left-field at the time and this release came hot on the heals of the controversial neon orange jersey that Jason McAteer wore while kicking a Macedonian player in the head.

It must be said that this is among the nicest alternative jerseys we've ever seen, but as it was not worn in a game it simply didn't need to exist. 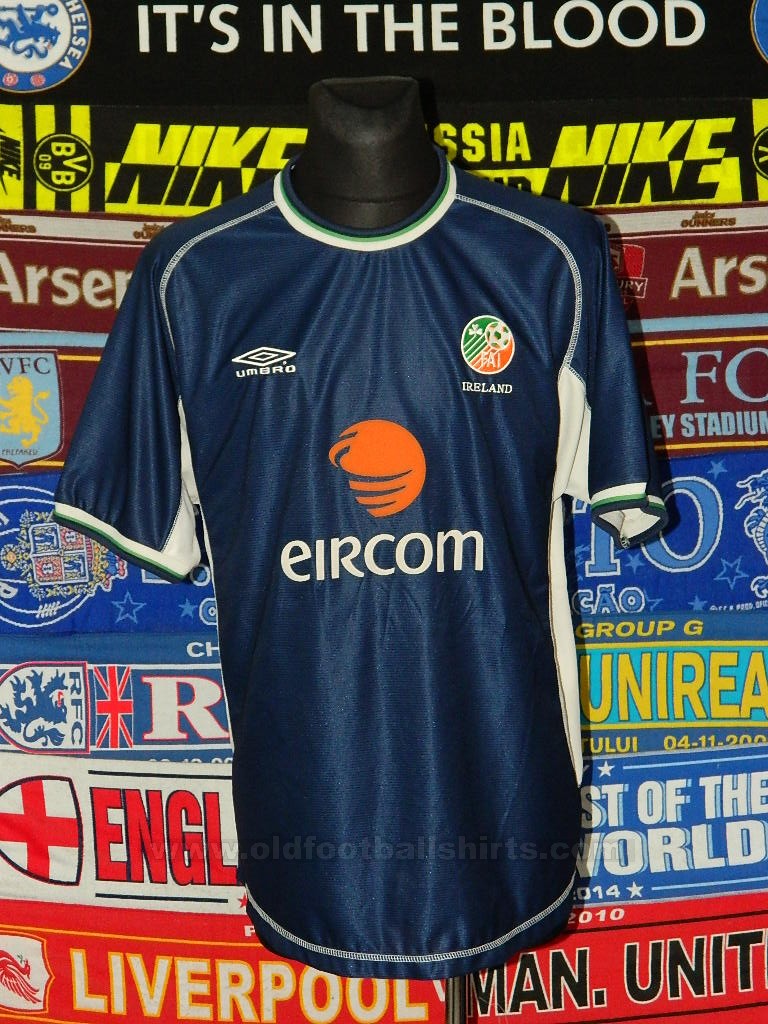 Another one that never saw game time, and was instead used primarily as a training jersey, was a navy twist on the lovely home and away jerseys from 2001/2002.

The green one will always be remembered for Matty Holland vs Cameroon or Robbie vs the Germans, but this went on general sale not too long before the tournament kicked off and was quickly forgotten about. 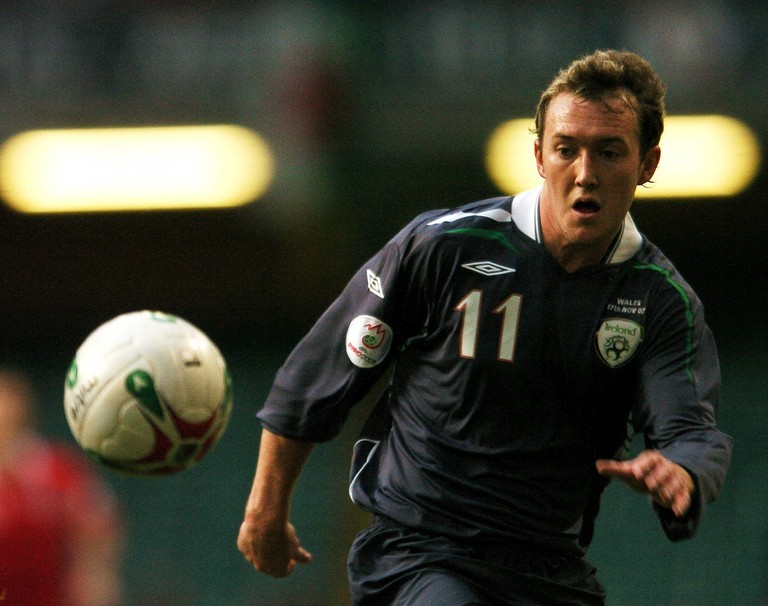 Just a horrible jersey, and as it represents a rather dark period in Ireland's recent football history it makes it even worse.

Ireland beat Wales 1-0 in Cardiff in this thing, which had an uncomfortable collar and was just a miserable shade of grey. A terrible call, surely there were better options at the design phase. 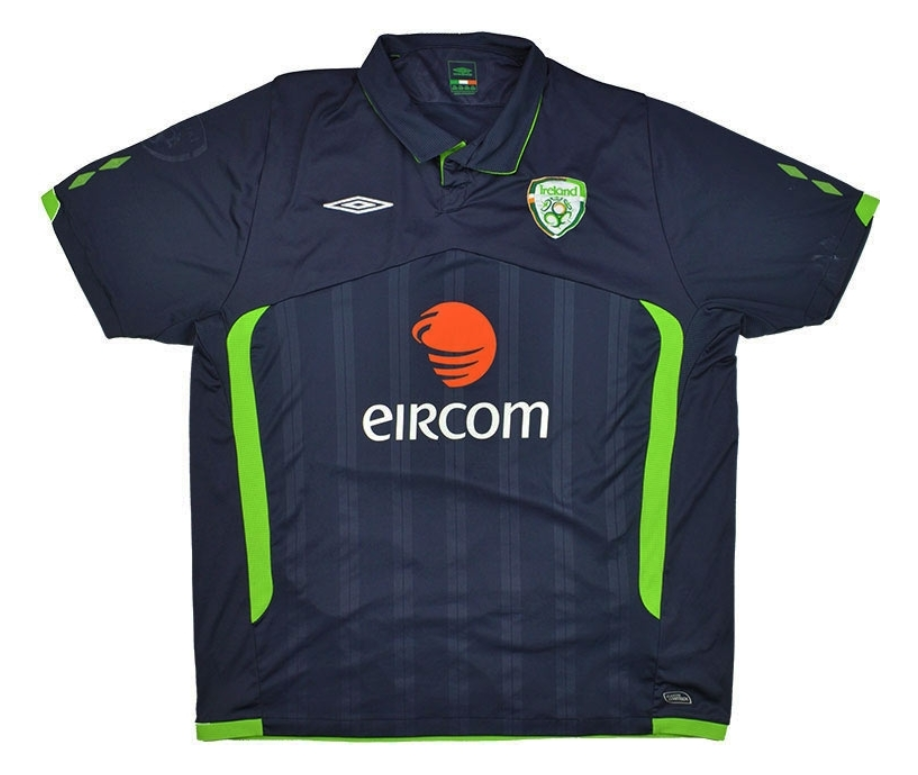 And this one wasn't much better. A few years later a League of Ireland XI would play Manchester United to open the Aviva Stadium in a kit quite similar to this, but the actual jersey that was released never saw gametime, and thankfully so. 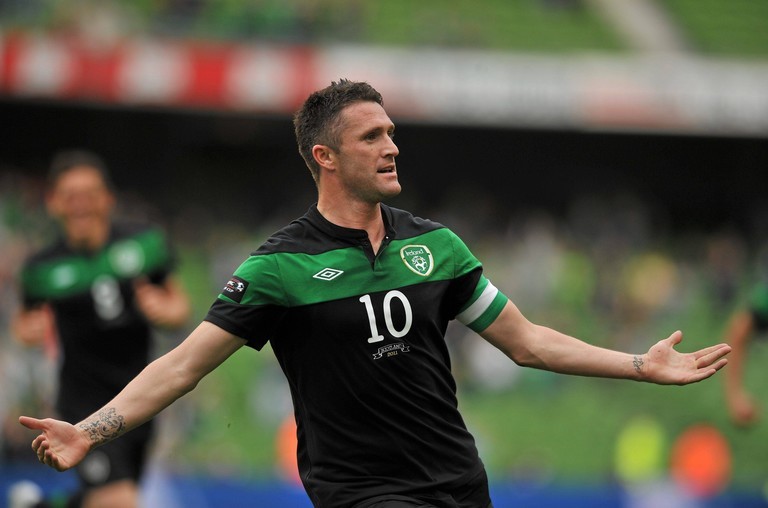 A beauty. If you're going to give us a black jersey, make sure there's still enough green in there.

This one was so good it inspired Ireland to glory in the Carling Nations Cup, and thus will have a special place in Irish sporting culture until the end of time. Or it'll be totally forgotten about, which is much more likely. 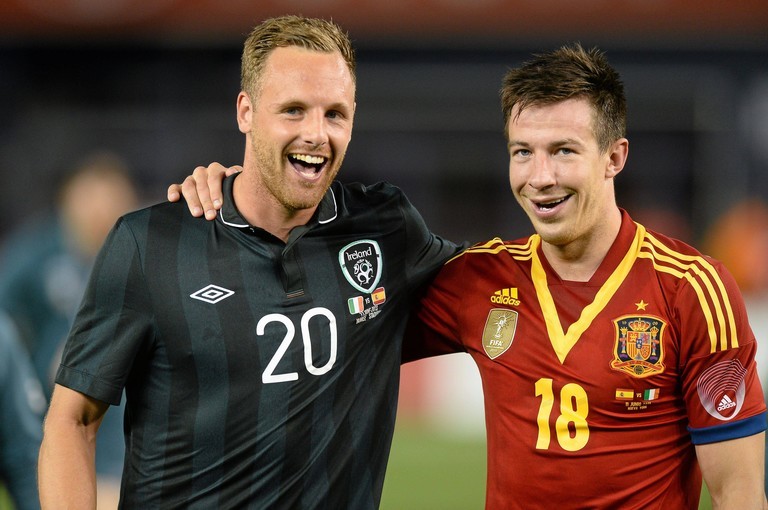 One of the least inspiring Ireland jerseys you will ever see, this was essentially a black polo shirt.

It was worn in meaningless friendlies and will be associated with Stephen Kelly trying to keep up with Spanish wingers, but David Meyler seemed to like it anyway.

Also, we can't go on without pointing out how odd the photos for this jersey's release were. 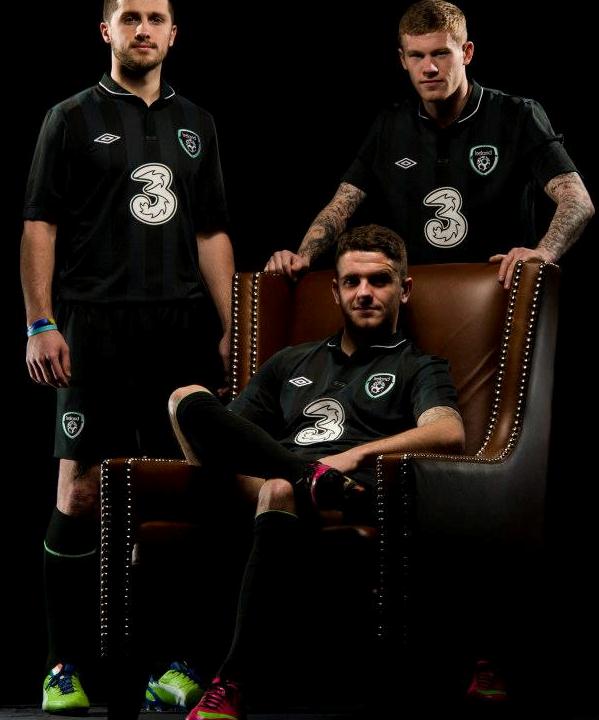 They are footballers, not Bond villains, all Robbie Brady is missing there is a skinless cat. 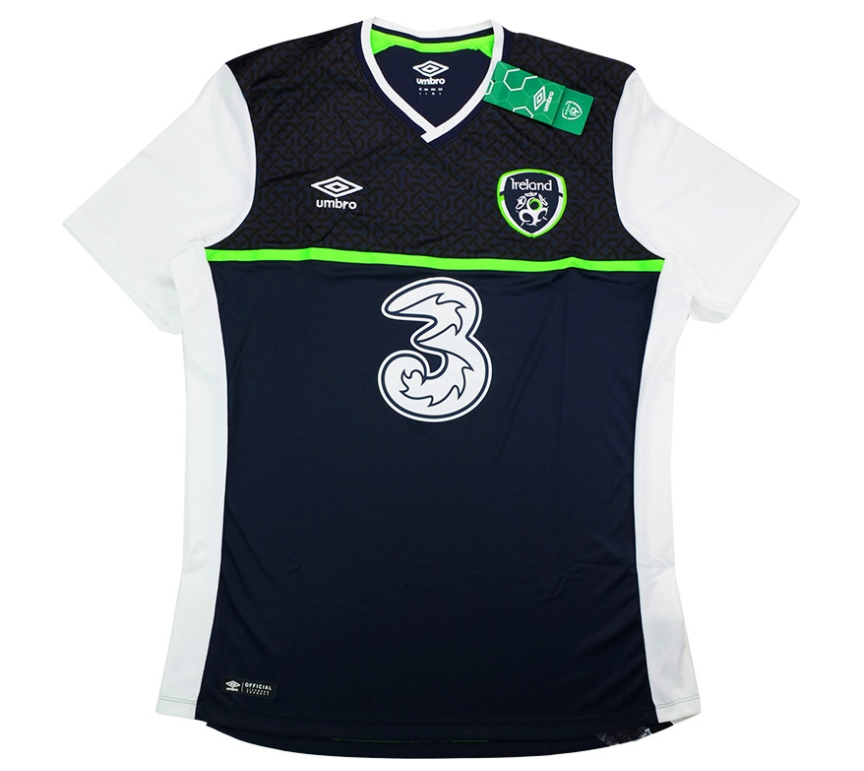 Remember this? No? You're probably not alone.

The most recent effort for football, this odd attempt at making something an American tourist would love because of the celtic patterns was a flop that never saw on-pitch action because we very, very rarely need anything other than green or white.

Will this be the end for dark alternate Irish football jerseys? Probably not. 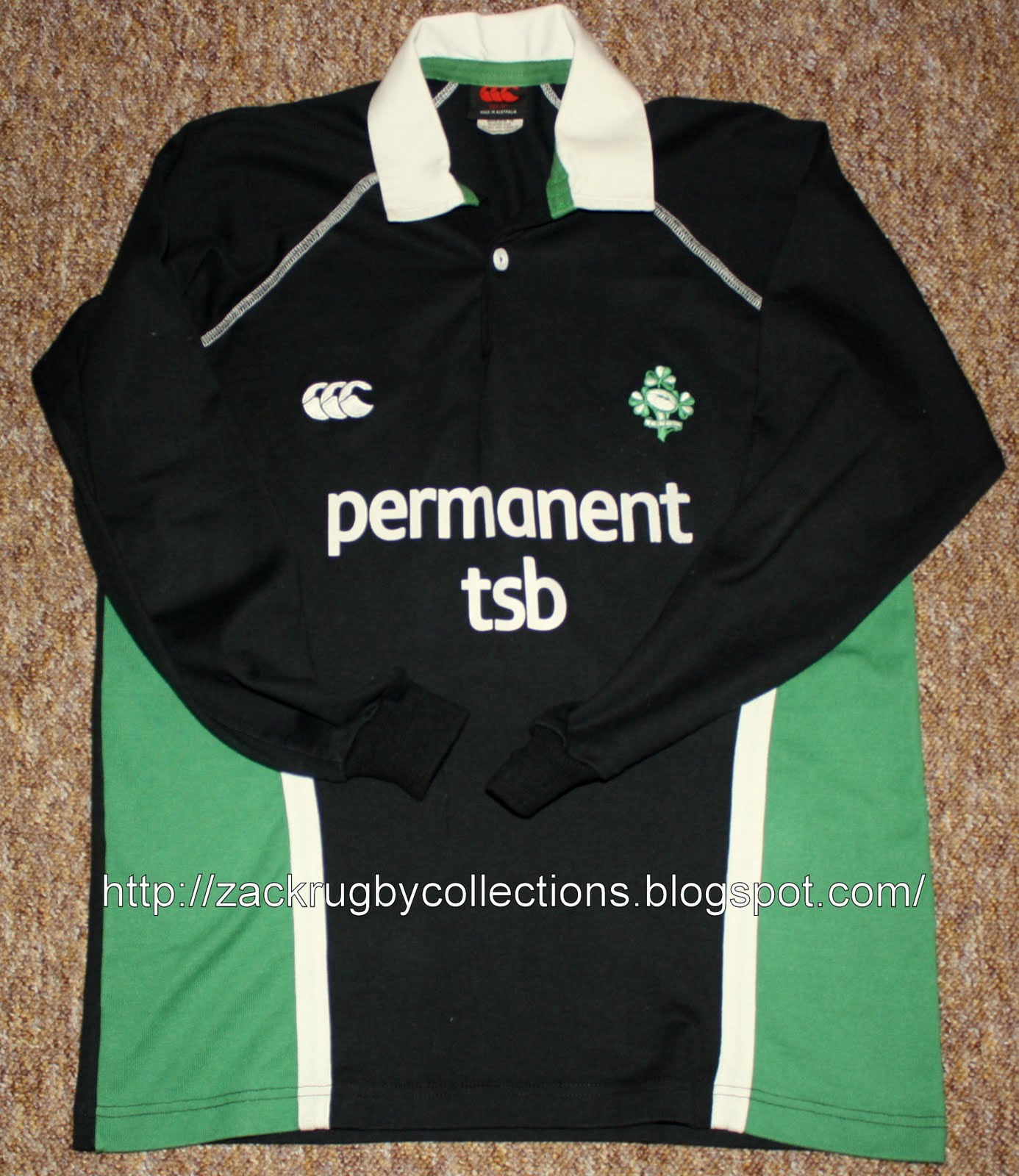 This jersey proved hugely popular with rugby fans in the country as you will still see it worn to games today, but it was not exactly necessary as we played South Africa that year wearing the white version of it.

Still, it looked really, really good as Canterbury were in a golden age, so we'll approve of this one. 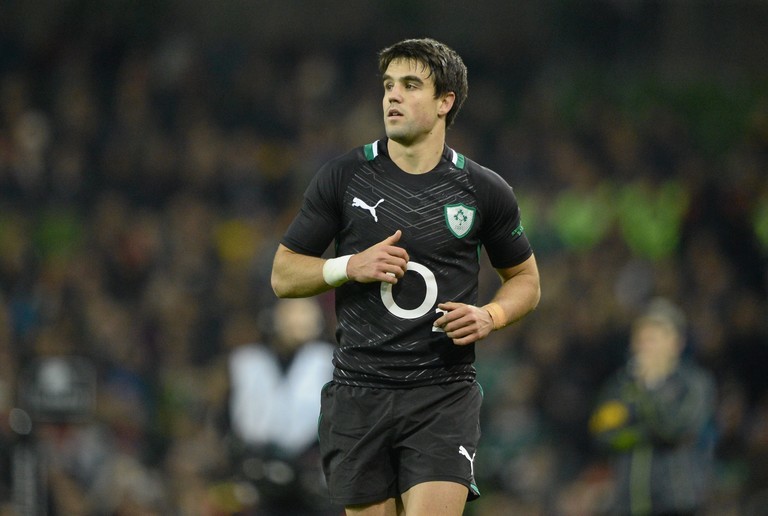 Black jerseys are never needed in rugby unless we're going to play Treviso, and rather than wear white against the Springboks, Puma wanted to flaunt their new release.

We may have looked like the All Blacks, but we didn't play like them in a 12-16 loss. 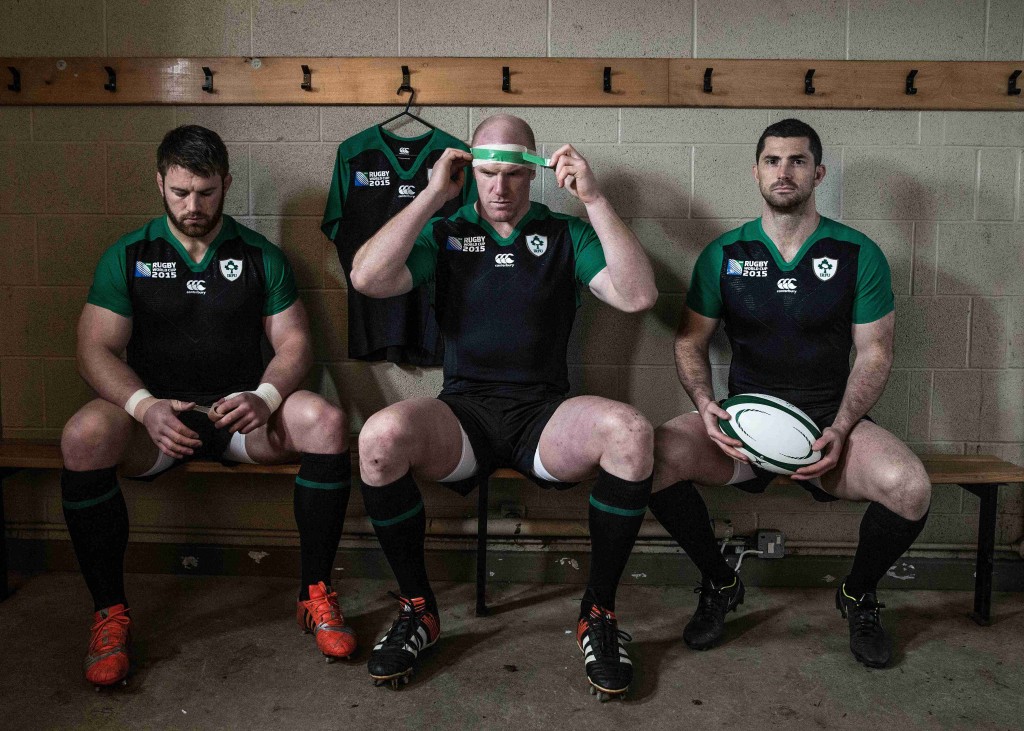 Why an alternative jersey was needed for the Rugby World Cup in 2015, where we played Romania, Italy, and France in the groups, and then Argentina in the quarters, we will never know.

However, this one also proved to be popular because it was pretty damn nice. Our learning here is that a dark alternate jersey will never truly be needed, but if it looks really well it'll sell.

The inspiration for this gallery (2017) 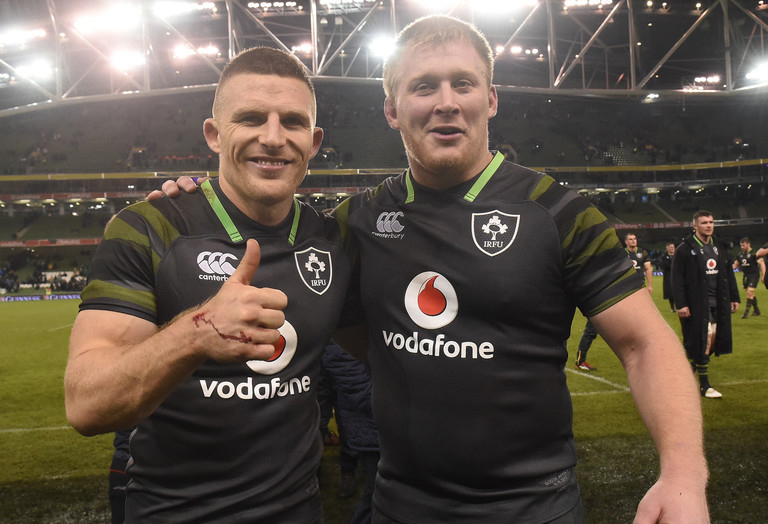 Grey with a sort of mossy detail on the sleeves, this was just a strange decision as it caused a kit-clash that sent Twitter into a meltdown.

It is unlikely to end up forgotten like the majority on this list as it was worn in an historic win, so at least there's that.

So that's all for our look at the stange history of Ireland playing in colours that have nothing to do with Ireland at all, if we missed one feel free to get in touch and we'll include it.