The chaos was caused by uncertainty regarding whether Bristol prop John Afoa has been substituted at half-time for tactical reasons or if he had been injured.

With less than four minutes left to play, Leicester - down three points - won a penalty near the Bristol tryline and opted to take the scrum.

There followed several minutes of scrums being reset and Leicester being award penalties before Bristol tighthead Nahuel Tetaz Chaparro was shown a yellow card by referee Ian Tempest.

At that point, Leicester again opted to take the scrum. If the scrums were to be contested, Bristol would require another prop to enter the action. If Afoa had been substituted for tactical reasons, then he could come back on and Bristol would continue with 14 players.

Leicester vs Bristol ends in controversy

Jon Afoa had previously come off as a 'tactical' sub, but tensions rose over his return as both coaches got involved. pic.twitter.com/O8afakCVK7

However, if it had been an injury substitution, then he would not be able to return, meaning the scrums would be uncontested. Bristol would be punished by losing an additional player, reducing them to 13. They would also be forced to keep eight players in the scrum.

Afoa's substitution had been noted as tactical, but Bristol Director of Rugby Pat Lam then claimed it had been due to an injury. Tempest informed the Bristol management about the repercussions, mainly that they would be reduced to 13 players.

Moments later, the story changed again, with Bristol saying that the substitution had been tactical.

Afoa returned to the field in place of Callum Sheedy meaning that Bristol could continue with 14 players.

When the game eventually resumed, the ball went out of play, and the match ended in victory for Bristol. The win secured a home semi-final in the playoffs for Bristol.

"You all know I never take Jon Afoa off after 40 minutes."

"I didn't realise it was a tactical sub."

Pat Lam gives his view on the late drama as @BristolBears leave Welford Road with a hard-fought win.#GallagherPrem pic.twitter.com/9BtNK5GSaQ

Lam said following the game that the confusion about the Afoa substitution had been the result of a "misunderstanding".

"He was due back next week. He'd been training with the guys. Kyle Sinckler, in training on Thursday, felt a twinge in his hammy. We made a call with the medics that if we were going to play John, we might as well start him, and then get him off at half-time.

"You all know, I never, ever take John Afoa off at 40 minutes. When that happened at the end there, I didn't realise that he was on a tactical sub. I thought it was on injury.

"They wanted him to go back on. My concern was that we'd driven up here because of Covid. He's nearly 40, and he's sat there the whole half. Although, they were saying that it's down as tactical, I said that we had to look at the safety of John.

"Then the Leicester come in and start accusing us of stuff. John was at the back and said, 'Bugger it, I'm going in'. I wasn't happy but John said he'd do it. He went in and did the job."

Asked about the controversial conclusion to the match, Borthwick said:

"If you haven't got much good to say about people, don't say anything at all. I'd rather not comment on the behaviour of the opposition.

"There will be a lot of talk about the last couple of minutes there and the way people conducted themselves."

"If you've not got much good to say about people, don't say anything at all." 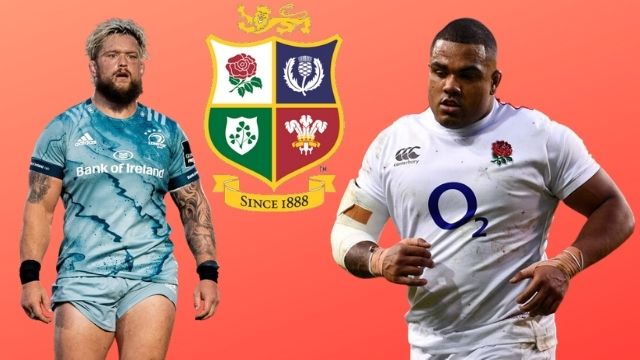