After some weak performances in the last two rounds and reports of potential changes to the tournament format, speculation about the future of the Champions Cup has escalated.

It emerged this weekend that the organisers of the Champions Cup are considering a change of format from the 2022/23 season onwards. "Everything is in the mix," Independent chairman Simon Halliday told The Sunday Times.

"We've created a round-table debate, going on all year to ask: What's wrong with the status quo? Should we look at more teams, fewer teams, home-and-away quarter-finals? Everything gets thrown on the table."

Speaking to Balls.ie's rugby podcast, World in Union, English rugby journalist Ali Stokes elaborated on the current issues and whether the competition has a credibility problem.

"Since I have covered rugby, the Champions Cup has always seemed to mean more to Irish sides," he explained.

"I can't explain why as I am English, I can only speculate."

If you look at the English and French sides, the domestic game is such a Moneyball thing where if you finish two positions lower than your owner wants you to, you could get sacked. You don't have to be in relegation.

Then look at the Ospreys and Welsh rugby as a whole, I think there it is more the case Welsh club rugby is not in a good place. That is more indicative of where they are as opposed to what they think of the competition.

One of Stokes particular frustrations centres on the short-termism that exists within certain English clubs. 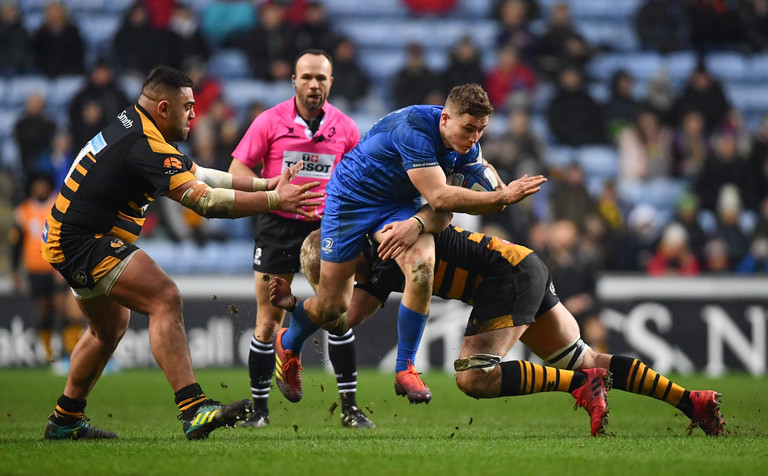 "Look at Northampton Saints, they have not had great depth over the years. Since Chris Boyd came in and gave youngsters a chance, all of a sudden they have the depth to give both a go.

"It has been a frustration of mine personally, I do not think there has been enough true squad strengthening in English rugby."

You can listen to the full podcast here or by searching Rugby on Balls.ie' through Spotify, Pocketcast or any podcast platform.

Rugby
3 weeks ago
By Sean Meehan
The Champions Cup Could Be Set To Revert To 24 Teams Next Season
Rugby
1 month ago
By Balls Team
Bernard Laporte Has Proposed A Radical Change To Club Rugby
Rugby
3 months ago
By Gary Connaughton
Saracens Could Be About To Be Booted Out Of The Champions Cup
Popular on Balls
GAA
11 hours ago
By Gary Connaughton
Confirmed: We Now Have An Official Date For The GAA's Return
11