All four Irish provinces have named their squads for this weekend's round of Champions Cup action, the penultimate round of European games for 2019.

Last year's Champions Cup finalists Leinster have named five changes to their starting XV since their victory over Lyon in the last round of the competition. Dave Kearney, Jamison Gibson-Park, Andrew Porter, Devin Toner and Caolan Doris have all been handed starts by Leo Cullen, with Josh Murphy being the only member of the last round's match-day 23 not included for this weekend.

The side kick-off the weekend for the Irish with a lunch-time game against Northampton Saints at Franklin's Gardens tomorrow.

Here is your 23-man #LeinsterRugby squad to take on Northampton Saints tomorrow at Franklin's Gardens, captained by @JohnnySexton. ✊🔵👇

Ulster have made only one change to their starting XV since their impressive win over Clermont Auvergne in Belfast. Craig Gilroy comes into the side in place of Will Addison as the province welcomes Harlequins to the Kingspan Stadium.

📢 TEAM NEWS | Here is your Ulster team to play @Harlequins in Round 3 of the @ChampionsCup on Saturday at Kingspan Stadium (kick-off 3.15pm). ⬇️#SUFTUM pic.twitter.com/XOg2gw7ZvR

Meanwhile, Munstser have also made a number of changes since their draw with Racing 92 ahead of the visit of the European champions, Saracens, on Saturday evening. James Cronin, Stephen Archer and Billy Holland come into the team for Jeremy Loughman, John Ryan and Jack O'Donoghue. 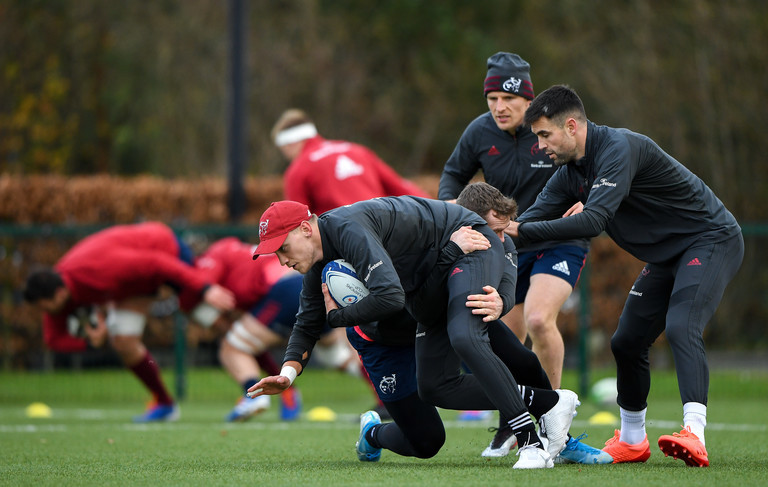 Connacht will be the last of the Irish sides to take to the field over the weekend when they travel to the Kingsholm Stadium to play Gloucester on Sunday afternoon. Andy Friend has made nine changes since the side lost to Toulouse in the last round, with Niyi Adeolokun, Bundee Aki, Peter Robb, Jack Carty, Denis Buckley, Tom McCartney, Finlay Bealham, Joe Macksymiw and Jarrad Butler coming into the starting XV.