Thunder in Yokohama. South Africa and New Zealand served up fire and fury in their World Cup opener as the All Blacks secured a strong 23 - 13 victory.

63,649 gathered supporters were treated to a sublime display of rugby. South Africa's breakneck line speed stifled Richie Mo’unga and his starstudded backline early on. However, it was an intensity that would always prove tough to maintain and two quick George Bridge and Scott Barrett tries put New Zealand clear.

"He did everything! For such a small guy, I think people underrate him."

Kolbe has some serious skills...👏🙌👌

Anyway, Thank You Cheslin Kolbe, you put in a massive shift tonight for the Springboks.👏🏾🇿🇦 #Springboks #NZLvRSA

My conclusion after watching this Boks game is the following... We need 15 Cheslin Kolbe's.

This #NZvRSA match is incredible. Could be the final in 6 weeks time. Two small men in Reece and Kolbe outstanding

He finished with 118 metres ran, 11 defenders beaten and two offloads. Yet as Darcy outlined, if anything, South Africa underutilised him: "This guy had everything for this game, they should have tried to get him more ball."

It was a Kolbe break that eventually led to Pieter-Steph du Toit's try. It was a showing that stresses the extent of the challenge facing Ireland in a potential quarter-final. 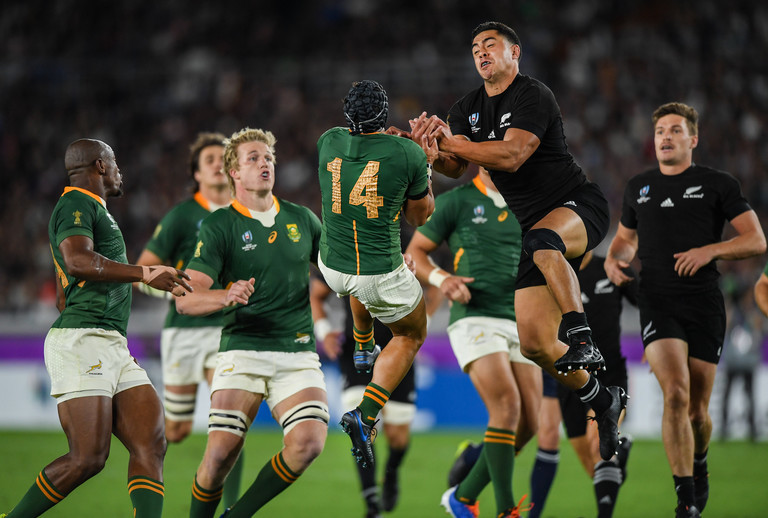 South Africa's physicality is obvious, but in Kolbe they have brain as well as brawn. It'll take a herculean effort to end Ireland's quarter-final hoodoo at this tournament.

As for New Zealand, they were well-supported popular victors in Japan. For now, they bid farewell to Yokohama but look stronger contenders to return in November.

The @AllBlacks bow to the crowd to thank them for their support #RWC2019 #NZLvRSA pic.twitter.com/lpzUqWkz4Z