Did you ever hear the one about that time Chris Ashton got dump tackled at 3 am in a Limerick Burger King?

The England and Sale Sharks back is a divisive figure on Irish terraces and infamously revealed in a 2011 Daily Mail column that an opportunistic Munster fan once blindsided him in a Burger King restaurant after Northampton's Heineken Cup quarter-final at Thomond Park in 2010. 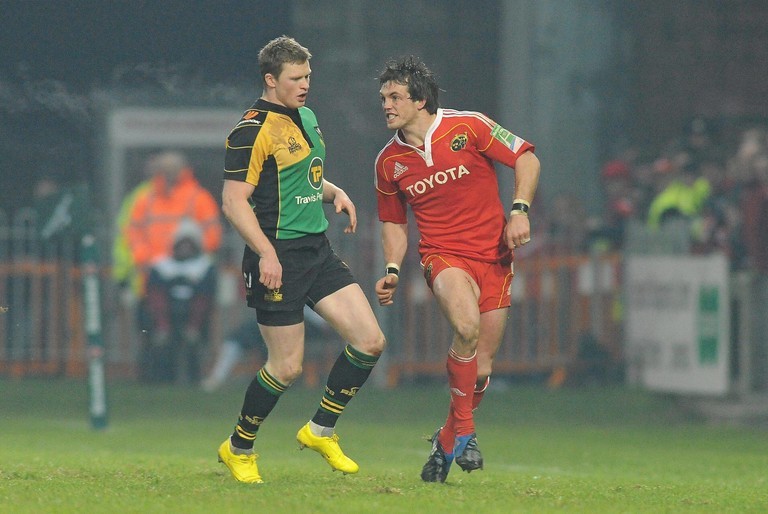 Now the tackler has given his side of the story.

Speaking on the BBC's Rugby Union Weekly podcast, Munster hero Shire Glynn has revealed he was the individual who left Ashton on his back in the fast-food restaurant.

Burger King in Limerick is always a rowdy spot at 3 am. On Heineken Cup nights it is always extra special. The town had been painted red after a big Munster win and everyone was out, Burger King was mobbed.

We walk into Burger King. Now, I wish there was a more heroic reason for why I did it, saving an old woman or the future of Munster rugby, but there was no real reason other than that all the Munster fans and girls were flocking around Dylan Hartley and Chris Ashton.

We were standing there in the back, the lads were like 'this is a Munster restaurant! They should be getting booed.'

From there, a combination of peer pressure and civic duty compelled Glynn to take action.

"One of the lads goes, 'Shire, you need to tackle Chris.' I stupidly entertained it jokingly, not thinking it would happen. Next second that got everyone excited. I was like 'I have been roped into tackling Chris Ashton. I have to do it'."

"The place had gone a bit quiet because word had filtered through Burger King. 'I think something is about to go down, I think Chris Ashton is about to get tackled or something.' As they finally get their burgers, as I said it was mobbed, but a big aisle or path just cleared for me to run-up.

"I sprinted around ten metres. Just a metre before I went to hit him, he went to take a bite of his burger, exposing his ribs.

"I swear to god, I hit him the most crisp tackle. I play rugby and I am a useless tackler. I don't make hits but, I swear to god, when I hit Chris I smashed him into Tuesday week.

"I didn't mean to dump tackle him but I had such a sprint up that he just kind of came travelling with me in the air. I Ashton-splashed him into a table.

"His nose must have landed in someone's gherkin. There was ketchup coming out of his ears. Honestly, by the time Chris had gotten up and realised what was going on, I was back home in bed."

"I was fuming," admitted Ashton.

The English player did admit the account was more or less accurate and, in fairness, saw the funny side of it in hindsight. You can listen to the full superb tale here.