CJ Stander announced today he'll be retiring from the sport of rugby at the end of the 2020-21 season. It's an incalculable loss for Munster and Ireland. Stander has proven so durable, so reliable and so gritty during his nine years playing rugby in this country that it seemed he might choose to simply play the game forever.

However, right in the middle of Ireland's preparations for England's visit to the Aviva Saturday, Stander has decided to call it a day. Here are 5 classic Stander moments, starting from his home debut.

Munster fans realised they had something special on their hands in December 2012 when Stander scored this amazing 80 metre try - doing all the work himself. The pace on the Annacotty man! Stander outruns Glasgow's forwards and backs here.

Rugby's project player rule has always been a lightning rod for debate. When Stander made his debut for Ireland in 2015, he did so with 100% commitment. He learned the words to Amhran na bhFiann and it's written across his face just how deeply moved he was by the opportunity to play for his adopted country 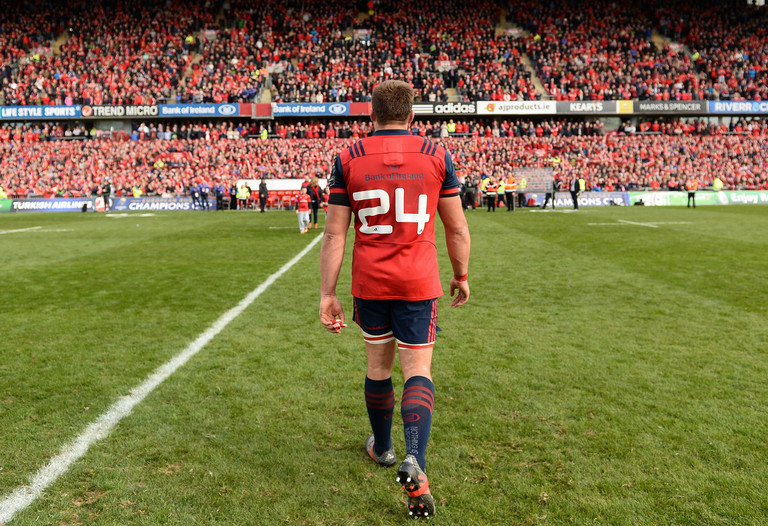 In his retirement statement, Stander thanked Anthony Foley for his influence on his career. Stander paid an amazing tribute to Foley by leaving the #8 shirt unworn and wearing the #24 shirt instead for Munster's emotional Champions Cup match against Glasgow a week after Foley's death. Stander also lead Foley's son Tony and Dan on the pitch for the legendary rendition of 'Stand Up and Fight'.

In just three seasons, he had assumed the leadership role established by Foley during his time playing at Thomond. 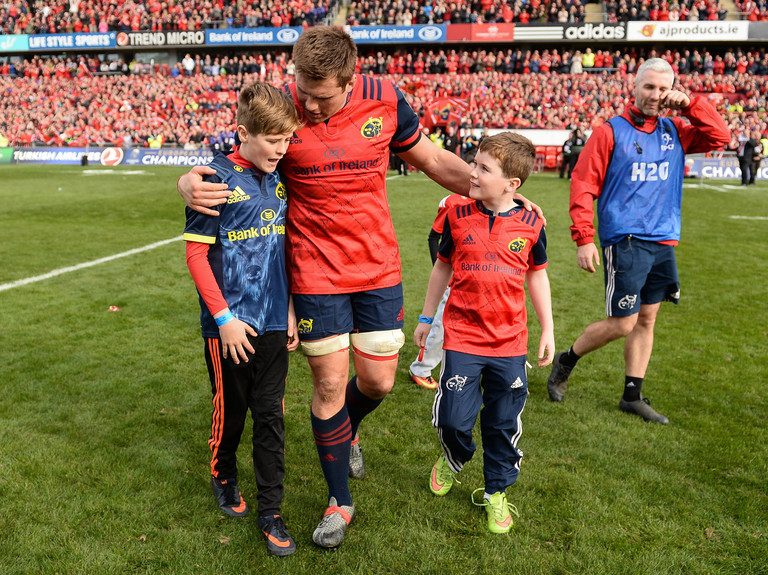 Stander started both of Ireland's win over the All Blacks. Look at him forcing his way past Patrick Tuipulotu and George Moala to get those precious inches that secured a vital second try against the All Blacks in Chicago.

Smiling in the maul in Clermont

We like to think the next generation of Munster's forwards will have learned massively from the influence of Stander. The heroic comeback win over Clermont in December is proof that something potentially great is brewing again at Thomond. Of course, Stander was indefatigable that evening in the south of France. Of the many classic Stander moments in that game, his beaming smile amid a maul with a crucial penalty on its way will always stand out.

CJ Stander smiling in the maul because he knows @Munsterrugby are about to get a penalty is too good 😂#HeinekenChampionsCup pic.twitter.com/aFM6KmPyQ0

Stander legged it to South Africa when lockdown struck and this video that surfaced online last year of him squaring off with a sheep was pure Stander. It also provided a glimpse into the life we expect for Stander after rugby.

22 October 2016; CJ Stander of Munster wearing shirt number 24, after number 8 was retired for the match as a tribute to former Munster head coach Anthony Foley, makes his way off the field following the European Rugby Champions Cup Pool 1 Round 2 match between Munster and Glasgow Warriors at Thomond Park in Limerick. Photo by Seb Daly/Sportsfile