When Rugby Is Over, CJ Stander Knows Where His Future Lies

"It was a shock and you need to plan for something like that," said CJ Stander, a teammate of Warburton's on that tour. Stander was speaking at the launch of the new Munster alternate and European jersey.

Even for someone as durable as Stander, the possibility of a career-ending injury always looms. Once his career is over - whether it be his own decision or prematurely - the 28-year-old plans to move into farming.

You need to ensure that you're looked after when that happens.

For me, I don't know about other players, you get to an age where you think about what you want to do after. When I was younger, I didn't think about it because you think you're on top of the world and want to wreck everything, you want to be starting in every game.

You get to a certain age, that's something you think about.

Stander's family in South Africa run a dairy and vegetable farm. That is where his expertise in agriculture lies. Though, he does not rule out the possibility of farming in his adopted country. 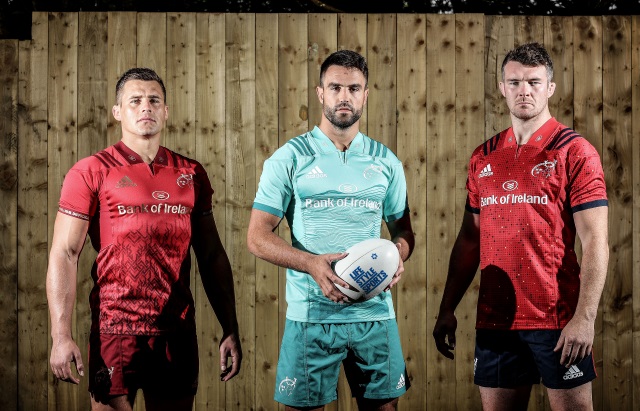 "There will always be options. I haven't done too much work in farming in Ireland. I am the oldest and I hope to one day go back to my family farm.

"There is the option to farm in Ireland, it just comes down to when will there be a retirement."

Stander is one of a number of players in the Ireland team with a farming background. Earlier this year, Sean O'Brien told Balls there wasn't a farmers' clique developing in the group, "but it's nice to have a few lads around who are normal."

The Kearneys, Tadhg Furlong and Darren Sweetnam are others.

"I think Seanie is the biggest out of all of them. Tadhg as well. I listen to their stories and how they grew up on their farms."

CJ Stander was speak at the launch of the new Munster Rugby Alternate and European Jersey, available exclusively at Life Style Sports.