Some rugby fans may not love the idea of project players, but there is no doubt that CJ Stander always fully bought into his adopted country. Stander completely immersed himself into Munster culture from the start - and even when he wasn't getting game time under Rob Penney, he didn't complain and kept plugging away.

Once he was given that opportunity, he was named as man of the match so many times, we started referring to it as the CJ Stander Award. By the time South Africa Under-20 captain was called into the Ireland squad at the first opportunity after qualifying through residency, he was more than ready to wear the green.

In the buildup to his eligibility, Stander talked openly about the anxiety he felt when waiting for a call-up, and how much he wanted to play. It's something we hear a lot from project players, but ahead of his debut, we got the sense that Stander had really bought into the culture in a way not many more had.

Fellow South African and Leinster hooker Richardt Strauss had achieved cult hero status a couple of years before when he sang Amhrán na bhFiann on his Ireland debut against the Springboks. In the lead up to his debut, CJ Stander revealed that he too was attempting to learn the words in the Irish language for the anthem.

My wife has brought up the anthem on Youtube, there's a clip with the words there added. Donnacha Ryan's fluent, so he's been helping me with the words. So we'll see how good his teaching has been if the chance comes up!

I can't even describe it; it's something I'm very passionate about and something I've worked very hard for.

In the end, ahead of his debut against Wales, where he picked up yet another CJ Stander Award, Stander belted out Amhrán na bhFiann like he was standing on Hill 16 before an All-Ireland final! It was a joy to behold and immediately won over a few onlookers with some question marks on his commitment to the country.

His performance that day wasn't bad either. Ireland let a 13 point lead slip, drawing 16-16 in what would be a disappointing Six Nations campaign. One thing we knew after the game though, CJ Stander had arrived and would command a place in the Irish backrow for years to come.

5 years and 50 caps later, CJ Stander will have one more chance to belt out Amhrán na bhFiann on Saturday when England come to an empty Aviva Stadium.

It's been an emotional ride for the South African Limerick man! 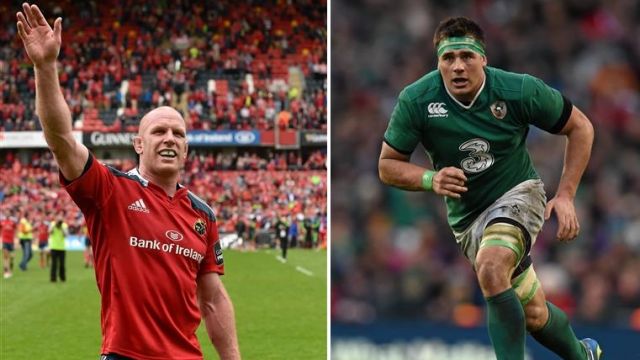