As is custom for Warren Gatland on a Lions tour, the Kiwi has made some big calls in his team for Saturday's final test against South Africa.

Most Irish eyes were drawn to the fact that Bundee Aki has been brought into the side, but there were a number of brave decisions around the pitch. Stuart Hogg and Anthony Watson have been left out of the matchday squad altogether, with Duhan van der Merwe retaining his place despite a disastrous performance last time out.

In all, there have been six changes made to the team.

It was clear some alterations were needed after what was a very poor performance from the Lions in the second test, but were these the right ones?

Clive Woodward isn't so sure.

Writing in his column for the Daily Mail, the former World Cup winning coach said this team might be too 'conservative' for the task at hand, especially at the half-back positions.

This team feels a little conservative to me although, as ever, it comes down to how they play on the day, not how it looks on paper.

On one hand, it is quite a brave selection — how many coaches would leave Stuart Hogg, Owen Farrell, Anthony Watson and Taulupe Faletau sitting in the stands in their suits, surplus to requirements?

But I was hoping for a statement at fly-half in the form of Finn Russell or even Marcus Smith.

But it’s Dan Biggar again, this time reunited with Ali Price at scrum-half.

Unless Price can rediscover his fast-breaking game, I’m not seeing how this combination poses the threat or point of difference the Lions have been lacking so far.

Liam Williams and Josh Adams — in for Hogg and Watson — were always going to feature after last week’s defeat but I was not expecting Duhan van der Merwe to keep his place...

In the spirit of going for broke, I would have started Tadhg Beirne at blindside flanker, the Irishman has been unlucky on this tour not to bag a starting spot.

Gatland has gone with Courtney Lawes who was brilliant in the first Test, but only workmanlike in the second...

And at No 8, although my first instinct was to go with Faletau, after mulling over it for a few days I would have chosen Sam Simmonds.

Tadhg Beirne can certainly feel aggrieved with this selection. Having been arguably the Lions' best player in the warmup games, many expected him to start the test matches.

Instead, his only reward was two late cameos against South Africa. He has now been left out of the squad altogether for Saturday's game.

Questions will certainly be asked if the Lions blow a 1-0 test lead against a side who had barely played a game in the last 18 months prior to this series. 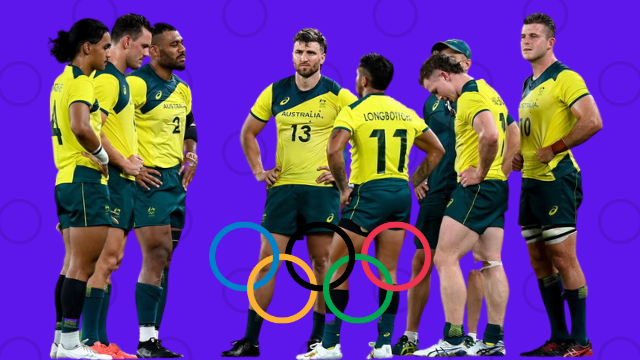