When the Six Nations was halted in March, it came on the back of the Ireland senior team's abject performance in Twickenham. A dampener had been put on Andy Farrell's first campaign in charge as Ireland looked to bounce back from World Cup disappointment. While there was disappointment that we would not host Italy or travel to Paris, it didn't feel like the end of the world either.

For another Irish team though, the postponement of the tournament was denying them a real chance at making history.

The Ireland Under 20s had already secured the Triple Crown after three wins from three in the Six Nations. With Italy to visit Ireland and a trip to Perpignan to face France to come, the prospect of a second Grand Slam in a row was becoming more and more likely.

Seven players involved in last year's triumph remained involved in this year's campaign, including captain David McCann, while coach Noel McNamara is also still on board. 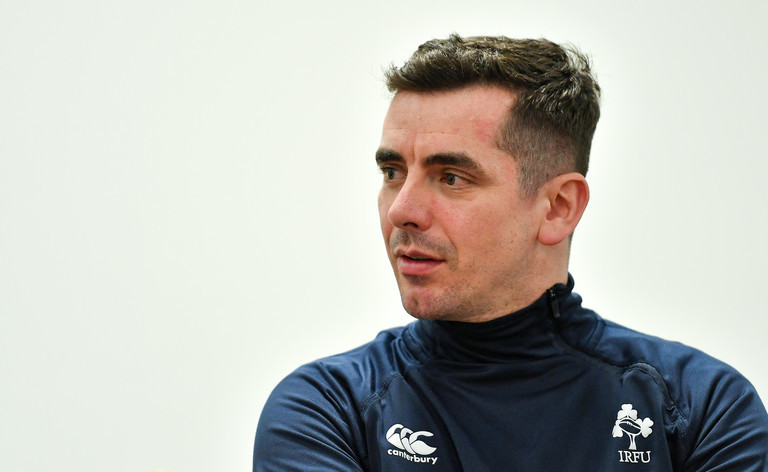 McNamara, who is also the Leinster Academy manager, was talking to media yesterday to announce the Academy recruits for this year, and outlined that it was still unsure if the Championship would be completed, though he remains hopeful.

We are still hopeful that the games will be replayed and there are tentative talks of that happening towards the end of October. Once that is confirmed it would be great to get the group back together.

It would definitely be very exciting for that group of players to come back and get an opportunity to play together again and to represent Ireland at that level. That is a little bit off in the distance.

Six of the seven players announced for the Leinster Academy played for McNamara for Ireland this year, and one, former Dublin minor footballer Niall Comerford missed out through injury.

The seven year one players announced by Leinster are:

Meanwhile, five played have been promoted from the Leinster academy to senior contracts for 2020/21. They are second rows Ryan Baird and Jack Dunne and out-half Harry Byrne, who all featured  a number of times for Leinster last season, as well as centre Tommy O’Brien and hooker Dan Sheehan.

SEE ALSO: 'Zeebs Was Playing Fullback And He Was Breaking Himself Laughing'

Rugby
1 year ago
By PJ Browne
Just One Change As Ireland Team To Play France Is Named
Rugby
2 years ago
By Dylan Ryan
Stephen Ferris Tips France To Set Up Grand Slam Decider With Ireland
Rugby
2 years ago
By PJ Browne
Player Ratings: Ireland Suffer Chastening Defeat To England
Popular on Balls
Rugby
1 day ago
By PJ Browne
The Last Munster Team To Win Silverware: Where Are They Now?
Football
4 days ago
By Gary Connaughton
Darron Gibson Was Often Mocked By United Teammates Over Bobby Charlton Advice
Football
1 day ago
By Gary Connaughton
Paul Merson Feels Liverpool's Season Can't Be A Success If They Don't Win The League
Football
2 days ago
By PJ Browne
The Stars Of Sunderland Til I Die Season 2: Where Are They Now?