Connacht could count themselves unlucky not to come away from Thomond Park with a victory on Saturday night - but head coach Andy Friend felt that there was something unjust about the first Munster try.

Friend spoke to the media after Saturday's United Rugby Championship clash in Limerick, and he was not happy with the refereeing for Chris Cloete's opener for Munster.

Connacht had been leading 6-0 approaching half-time, before some chaos in their 22 allowed Chris Cloete to sneak in for a try which Joey Carbery converted to put the Munstermen 7-6 ahead at the break.

Replays showed, however, that both Cloete and Tadhg Beirne were ahead of the ball when it was kicked crossfield.

After the game, Friend was less than impressed with the TMO's failure to spot the clear offside - especially when Connacht themselves had a try ruled out for a knock on.

"It hurts, it hurts to lose a game like that," Friend said.

For Tiernan’s (O'Halloran) try, it is a knock-on, the correct decision was made then, the ball went forward, that was fair enough, it did go forward. But there was a lot of time spent to get that decision. I thought the yellow card for Sammy Arnold was a very harsh call.

I then thought, in fact I know, when [Rory Scannell] puts the crossfield kick in that you have got Tadhg Beirne offside. It doesn’t get looked at. It doesn’t get pored over in the same manner.

So they end up getting seven points for that. And at the end of the day they win by two points. So I am frustrated and annoyed by that.

The frustrations of Andy Friend will be echoed by Connacht fans. The Westerners played brilliantly in Thomond Park, and the manner of their defeat after such a strong performance will sting.

For Friend, this is not a new feeling.

"We very rarely end up on the right side," he said. 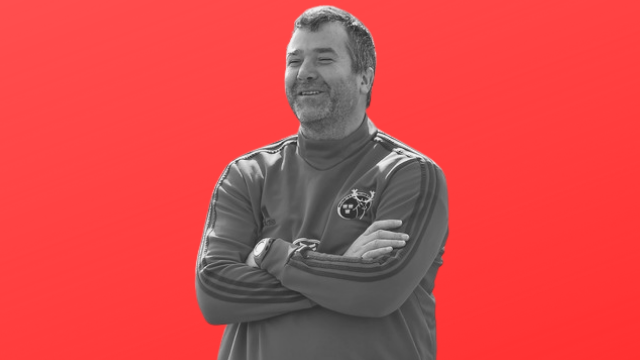