'Connacht Are Not Far Away' Keatley And Jackman Dissect Leinster Win

Leinster returned to winning ways as they sent Connacht home packing from the RDS by a 28 point deficit.

Seven tries and a bonus point will be all that Leo Cullen could have asked for from his team on Friday night. They now sit one point clear at the top of the URC table.

There's a consensus feeling that Leinster are close to being back to their best at the right time. A Heineken Cup opener with Bath awaits them next week.

However, many feel the scoreline didn't fairly reflect Connacht's performance. A team that dismantled Ulster and the Ospreys in their last two URC outings.

Bernard Jackman and Ian Keatley were on hand in the Premier Sports studio and they had plenty of room for optimism for Connacht despite the sizeable loss.

"We saw their attacking prowess there. In the first 25 minutes, they were actually a joy to watch, weren't they?" Keatley said.

"Their next thing is to do it for 80 minutes. That's if they want to go up to the next level, they need to do it for a full match - like Leinster did it just there."

"There's a lot of areas of their game that are starting to build. I think that they're going to be a force to be reckoned with over the course of the season," Jackman said.

"They're going to cause a lot of problems," Keatley added. "I really think Connacht are not far away. I don't think the scoreline reflected their performance tonight."

Leinster Back To Strength

While there are some positives to take for Connacht - it's hard to focus on anything other than the 28 points that Leinster put up in a stellar second-half performance.

They've shaken off the cobwebs from a disappointing defeat to Ulster last weekend. "I think Leinster showed their class there," Keatley said.

"Didn't get off to a good start. Fought it out and they got into their groove and scored some seriously good tries. I think Leinster are back to their best now."

Jackman pinpointed some of the deciding factors that opened up the gap for Leinster as the game developed. "They were ruthless," he said.

"Once they got into the 22 they just upped their work rate, they upped their speed. Their body position, their fight in contact was outstanding."

"That's why they lose so rarely - they're able to play at a level 10 or 15 per cent ahead of the level of other team's in the competition." 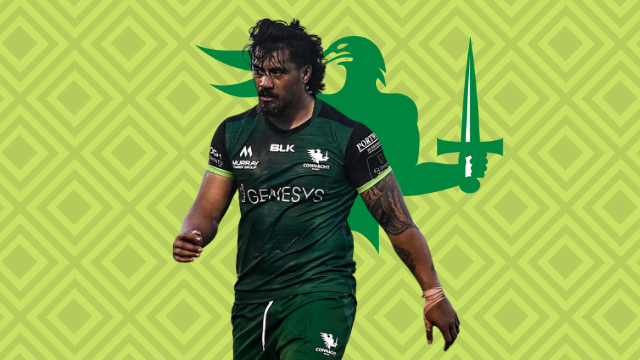 Rugby
1 week ago
By Colman Stanley
Bundee Aki Apologises For Confronting Ref After Connacht Concede Late Try
Rugby
3 weeks ago
By Colman Stanley
Connacht Hold On In Tense And Scrappy Derby With Munster
Rugby
4 weeks ago
By Jonathan Byrne
Rugby Roundup: All The Players That Signed New Deals With Provinces
Popular on Balls
Rugby
16 hours ago
By Colman Stanley
Jimmy O'Brien Announced His Arrival On The Biggest Stage This Afternoon
Basketball
12 hours ago
By Eoin Harrington
Kieran Donaghy And Tralee Warriors Claim National Basketball Cup Title In Tallaght
The Rewind
20 hours ago
By Gary Connaughton
Quiz: From Which Irish County Did This Company/Product Originate?
Football
23 hours ago
By Gary Connaughton
Carragher Reveals Unhappy Instagram Message From Lionel Messi After MNF Comments