Watch: Conor Murray And Sean O'Brien's Pissing About In New Zealand Will Make Your Day 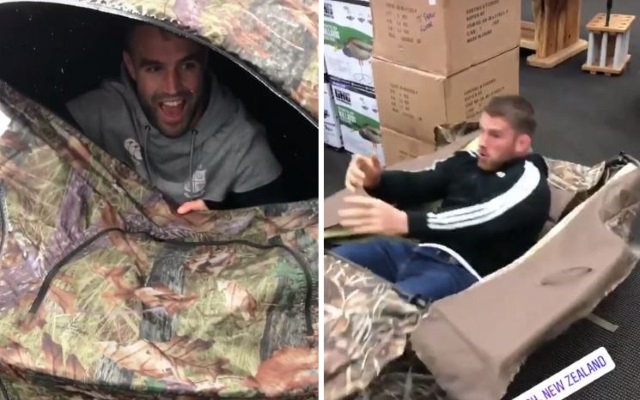 Anyone who has played sports from an early age will know that there's no point in letting the nerves get the better of you. Managers and coaches always advise that before a big game, or tournament, you be calm and settled, stay focused and driven and get plenty of rest. That's exactly what Sean O'Brien and Conor Murray seem to be doing in New Zealand.

Tomorrow, the pair will make their first starts on this Lions tour. They face the unbeaten Crusaders, who have won all 14 matches of the season so far and are currently sitting at the top of the Super Rugby standings. But there's no point in letting that intimidate you, right?

The pair seem to be enjoying some downtime judging by their Instagram stories. They put on a display of mischievous antics, as baggage master Rala O'Reilly can be seen untying his shoes from a cart, and his I.D card now has a mustache and a beard scribbled onto, presumably by the giddy pair. Bless him.

O'Brien and Murray were like children in a playground as the antics continued and they discover a tent and what can only be described as a sleeping bag. Safe to say the look pretty relaxed alright!