The future of Conor O'Shea's involvement with the Italian national rugby side is in doubt today after it has emerged South African Franco Smith is set to take over as coach of the Azzuri.

In a statement on the Toyota Cheetahs franchise website, it was revealed the current Director of Rugby at the outfit will start in his new role from January 1 next.

The Board of Directors see this as a great opportunity for Franco and is proud of the fact that so many coaches have been developed by the Free State Cheetahs.

In order to ensure a smooth transition, Franco will remains in the position as Head Coach for the Currie Cup where after the new coach will take over the reins for Guinness Pro 14 later in September,

No statement has emerged from the Italian Rugby Federation just yet, meaning O'Shea could still stay with the Six Nations outfit in some capacity. 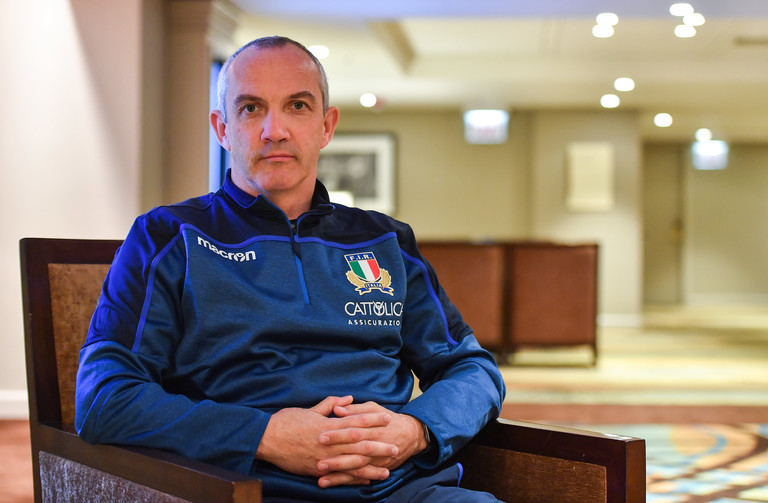 Since taking over the role in 2016, the Irishman has yet to lead the country to a victory in the Six Nations championship, though a victory over South Africa during his first season in charge was a milestone for the country. In 13 previous encounters, they had never beaten the Springboks.

So, this year's World Cup in Japan could mark the end of his Italian career. O'Shea's side are in Pool B, alongside southern hemisphere giants New Zealand and South Africa, with Namibia and Canada making up the numbers.

Rugby
3 years ago
By PJ Browne
Another Contender To Replace Pat Lam Turns Down Connacht Job
Popular on Balls
GAA
12 hours ago
By Gary Connaughton
Confirmed: We Now Have An Official Date For The GAA's Return
11

Football
19 hours ago
By Gary Connaughton
Report: Liverpool Set To Miss Out Another One Of Their Transfer Targets
32