As part of Balls.ie's Cork Week, we are carving out a Cork Mount Rushmore.

At the moment, we're looking at sculpting the faces of winners into the Slieve Miskish Mountains in the Beara Peninsula although if this becomes unfeasible there is talk of giant sculpture floating up the Lee.

Yesterday, Roy Keane was selected as the Football representative. His face has already been chiseled into the mountain by our crack team of sculptors.

Here are the final six. Vote below. 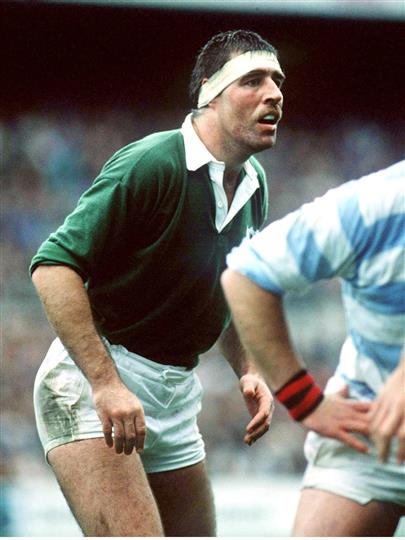 Lenihan played for Ireland from 1981 until 1992, meaning he caught a little bit of everything. From Triple Crowns and championship wins to wooden spoons and whitewashes and everything in between.

A Triple Crown winner in his debut Five Nations season in 1982, he picked up a second title in 1985, making a terrific break from the lineout which set up Michael Kiernan's winning drop goal against England.

He was an elder statesman of the team by the 1991 Rugby World Cup, during which the Irish team threatened the IRFU with strike action days ahead of the quarter-final against Australia. Never afraid to say FU to authority, he organised clandestine training sessions in Donnybrook before the 1987 World Cup, in defiance of an IRFU directive. The union heads were anxious that the unwelcome new competition not be taken seriously. He was part of the tranche of senior player cut from the team after the miserable loss to Wales in the first game of the 1992 Five Nations.

While Irish players were almost totally ignored by the Lions selection committee in 1989 (Brendan Mullin was picked for the First Test and then dropped) Donal captained the midweek Lions team in an unbeaten campaign.

His recent autobiography is especially insightful about the political tensions that occasionally attended playing for the Irish rugby team in the 1980s.

It reminds us that Cork's republicans were not thrilled about the Irish team standing for Rose of Tralee down under. Stopping off for a pint in Mitchelstown after the drawn Tipp-Cork Munster championship match in 1987, Lenihan was catcalled by some angry voices from the other side of the bar sarcastically demanding that he sing 'The Rose of Tralee'. It looked certain to end in violence only Teddy McCarthy and Dr. Con Murphy intervened. Hard to get more Cork than that. 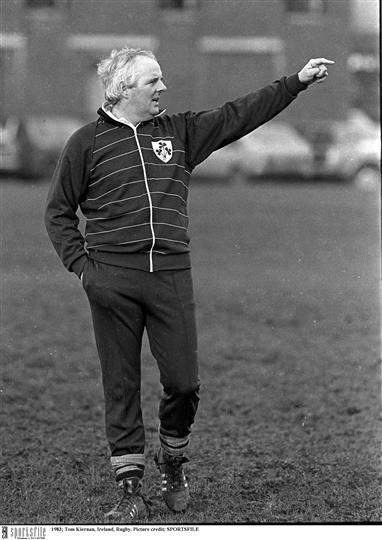 George Hook's hero. Cork Con and 'Pres' and a dab hand with a cricket bat in hand. It doesn't get any better than that.

When Kiernan retired in 1973, he held the Irish caps record, the Irish points record, had 24 games under his belt as captain, and captained the Lions on their 1968 tour of South Africa.

His 54 caps included Ireland's first ever win over the Springboks in 1965 (their last until 2004) and numerous wins over the Australians.

He was there in '72, still the last year that Ireland won in both Paris and London. Their tilt at the Grand Slam was foiled by the failure of both Scotland and Wales to travel to Dublin. Our Celtic cousins were spooked by the IRA campaign, then at its height.

At provincial level, he captained Munster to their first ever win over southern hemisphere. They beat the touring Australians in 1967.

In all-time Irish XV's, he is frequently selected at full back position.

In retirement, he was coach of the Munster team that beat New Zealand in 1978 and then coached Ireland to the Triple Crown and Five Nations in 1982.

By the 1990s, he ascended to the role of administrator. In 1995, along with administrators from Wales, England, France and Scotland, Kiernan spearheaded the creation of a European club rugby competition. He was one of the original directors of the Heineken Cup in the mid-1990s. 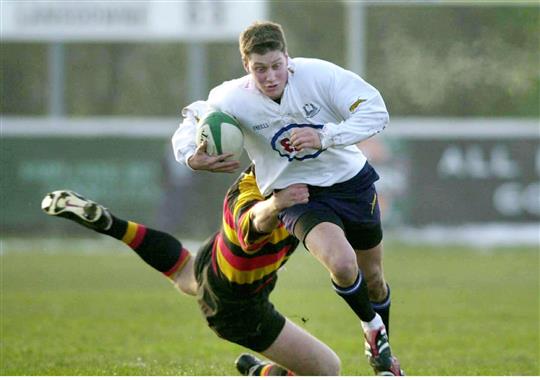 ROG was 37 years of age and had a season of coaching in France under his belt when he realised that "there's more to life than Cork."

However, he wasn't always this precocious.

While his entry into the Irish setup coincided with a dramatic upswing in the team's fortunes, he struggled to make the No. 10 jersey his own for a few years. His Ulster rival David Humphreys seemed to become energised by the competition for places.

From the 2003 Rugby World Cup onwards, O'Gara became the undisputed No. 1 out-half in the country. His form reached dizzying new heights by the middle of the decade. His achievements in a Munster and Ireland shirt from 2004 until his retirement in 2013 scarcely need to be gone over again. In 2010, he was voted the Best overall Heineken Cup player in the first 15 years of the competition.

When he retired in 2013 - not in the circumstances he would have wished for - he was accorded a big swanky testimonial gala dinner in Cork City. 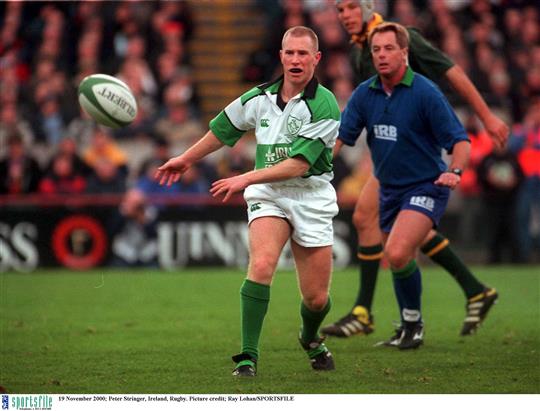 Stephen Jones in the Sunday Times once suggested that Peter Stringer wouldn't get a contract in the English Premiership as a third-string back up scrum half.

Now, days shy of his 39th birthday, he remains the first choice scrum-half for Sale Sharks. In 2015-16 season, he was voted the club's Player of the Year as they successfully qualified for the Champions Cup.

When Stringer was first parachuted into the Irish team, Ireland had just been walloped in Twickenham by 32 points, had suffered a poor defeat against Argentina in the 1999 World Cup, had gone an entire decade and only racked up eight Five Nations victories. Hell, they hadn't even beaten Scotland in twelve years.

Stringer's debut would put an end to that ignominious record. Over the next seven years, he was an ever present as Ireland were transformed into regular winners, accumulating Triple Crowns and wins over Australia and South Africa. A poor World Cup would cost him his place in the short-term but he recovered to be part of the 2009 Grand Slam winning squad, making a crucial and rare break against Scotland to ensure victory in Murrayfield. 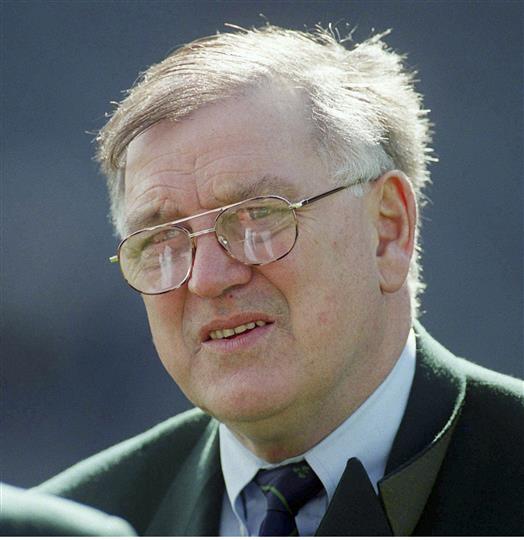 Noisy's career reminds us of the occasional Welsh penchant for falling back on thuggishness when threatened. His last game for Ireland was in Cardiff in the 1969 Five Nations. Ireland had won three from three and were on track for their first Grand Slam in 21 years.

The Welsh identified Noisy's Richie McCaw-like ability to kill the ball as a key weapon in our arsenal and formulated the 'Murphy Plan'.

The plan has since been described as "fiendishly simple" and this is no lie. Essentially, it worked off the principle that Murphy wouldn't be as effective if he wasn't on the pitch. Attaching the word 'plan' to the scheme might be stretching it a bit far.

Early doors, Gareth Edwards charged at Murphy bringing him to the ground. Then the entire Welsh pack ran over the top of him. When Noisy's head popped out of the ruck, captain Brian Price pounced and clocked him with a punch. It was considered bad form to send off a player back in those days and so Price avoided the stiffest sanction. The BBC commentators were more scandalised that the incident played out right in front of the Prince of Wales. Wales won 24-11 and Ireland's Grand Slam was gone.

Murphy played as a flanker for Ireland for eleven years from 1958 to 1969. The second half of his career in particular coincided with a decent period for the national team even if no Triple Crowns or Grand Slams were claimed. He captained the side to a win over Australia in 1967 and scored important tries in wins over England in 1964 and 1969.

In later life, he stayed involved with rugby in every conceivable way. He coached Cork Con, Munster and then Ireland for a time in the late 1970s. He coached Ireland to two wins down under against Australia in 1979, though the tour is best remembered for his momentous decision to drop Tony Ward for Ollie Campbell.

His later role as Ireland manager in the mid-1990s didn't do wonders for his historical reputation. No one who was connected with the Ireland team in a coaching or managerial capacity in the 1990s emerged with their reputation enhanced. 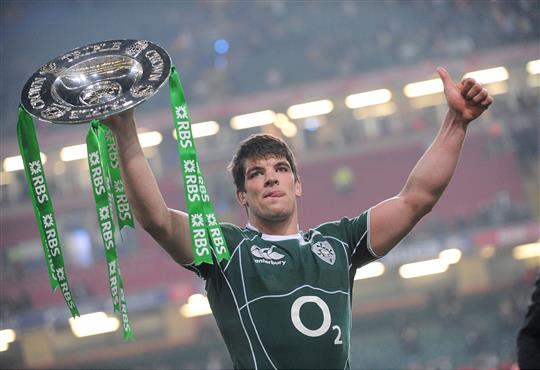 Made life hell for English commentators. With Paul O'Connell, he formed one half of a famous second row partnership for Ireland during the noughties. Played the second and third tests of the admittedly best forgotten Lions tour of New Zealand in 2005.

Remained part of the Ireland setup until 2013. The zenith, as we know, was reached in 2013. Through it all, there was the odd stellar Late Late Show appearance. A godsend for panicky talk shows badly in need of some banter.

Best remembered now by the citizens of the internet for his determination to play on in red underpants. David Wallace wasn't as gung ho about the whole idea and the French referee sounded positively scandalised. The only surprise is the red underpants haven't been auctioned off yet.

random
5 years ago
By Conor Neville
10 Of The Best Managers That Cork Has Ever Produced
Football
5 years ago
By Darren Holland
Who's Older? The Surprisingly Tricky Cork Sporting Icons Quiz
Rugby
5 years ago
By Gavan Casey
'JBM Rang Me Up With A Huge Sense Of Embarrassment': When Cork Rugby And GAA Clashed
Previous Next

random
5 years ago
By Conor Neville
10 Of The Best Managers That Cork Has Ever Produced
Football
5 years ago
By Darren Holland
Who's Older? The Surprisingly Tricky Cork Sporting Icons Quiz
Rugby
5 years ago
By Gavan Casey
'JBM Rang Me Up With A Huge Sense Of Embarrassment': When Cork Rugby And GAA Clashed
Popular on Balls
GAA
1 day ago
By PJ Browne
The Draw Has Been Made For Tailteann Cup Opening Rounds
GAA
2 days ago
By PJ Browne
Donal Óg Cusack Defends Dublin Hurlers After John Mullane Criticism
The Rewind
3 days ago
By Eoin Harrington
Watch: Brilliant Dermot Morgan Dublin Segment From 'The Travel Show' Resurfaces
Football
3 days ago
By Eoin Harrington
Alan Shearer Says Roy Keane "Ran Away" From Him After Famous Clash