Has has been tipped as a potential star at test level for a couple of years now, with his performances in the 2019 U20 Six Nations hinting at a big future in the game.

The Munster man would make his Ireland debut at 21-year old yesterday, coming off the bench in the win over Italy. He showed some flashes of his ability in that short cameo, with the tempo with which he gets the attack moving certainly an eye-catching feature of his game.

There is no doubt that he will rack up a number of caps for Ireland in the years to come. However, he might never top his post-game exploits in Rome.

It is a long-standing tradition that Ireland players who make their debut will entertain the rest of the squad by singing song after the game, with the tune selected often telling you a lot about a player.

Casey's song choice was nothing short of sensational.

Instead of taking on a more traditional sing along tune to get the rest of the dressing room with him, he took the very bold step of going with the George Michael classic 'Careless Whisper'.

He gave it a right good go too, instrumental sections included.

This is fantastic. Come on Ireland. pic.twitter.com/kryCL4X0XL

We eagerly anticipate his debut album. 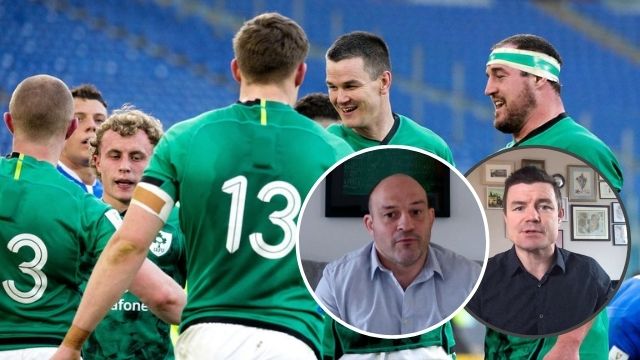