Dan Leavy Stars For Leinster On First Start In 19 Months

There was a look of real joy on Dan Leavy's face as he stood up, ball in hand having just touched down for a Leinster try against Edinburgh on Monday night.

On his first start since March 2019, Leavy had scored his first Leinster try in nearly two years.

The backrow had been out of action due to a long-term knee injury. He recently made appearances as a replacement against Zebre, Glasgow and Ospreys but last night was his first start in 19 months.

"It's great to be back," the 26-year-old told eir Sport after the game.

"It's been a long journey. I picked up a few 20, 25 minutes [appearances] in the last few weeks and I was just raring to go.

"I've done a lot of work, even since March or April. I was gearing up to play before Covid hit. I've had a long time doing a lot of breakdown work with Hugh Hogan, one of our coaches.

"There's nothing like getting into a game and getting some proper hits. I loved it. I'm confident in my body and just looking for some game time now."

"It's been a long journey"

Dan Leavy of @leinsterrugby back after nineteen months out earns a try and Guinness Player of the match on his first full game back.

Leinster won the game 50-10 with Leavy scoring the fifth try of the game just after the break. He had been denied scores by referees in recent weeks.

"I made sure to show the ref that I got it over afterwards," said Leavy.

"I finally got my try. I thought there might have been a coup against me by the referees!

"I'm not really looking too far ahead. I'm just looking forward to having a few beers in the changing room now with the lads and chilling out."

Leavy played 57 minutes and was named Man of the Match. Former Ireland international Gordon D'Arcy was hugely impressed by the flanker's performance.

"He couldn't have asked for a better return," said D'Arcy.

"His first moment on the ball, you knew he was back. Everything he touched turned to gold. His kick-off receipts.

"We've talked about it before, the famous Paul O'Connell quote about the zero talent battles. There's a five-metre Leinster lineout and he's the second person to get to a ruck 70 or 80 metres down the other end of the field."

"Everything he touched turned to gold"

Gordon D'Arcy has been very impressed with Dan Leavy's performance for Leinster this evening.

They look at his impact on tonight's game. 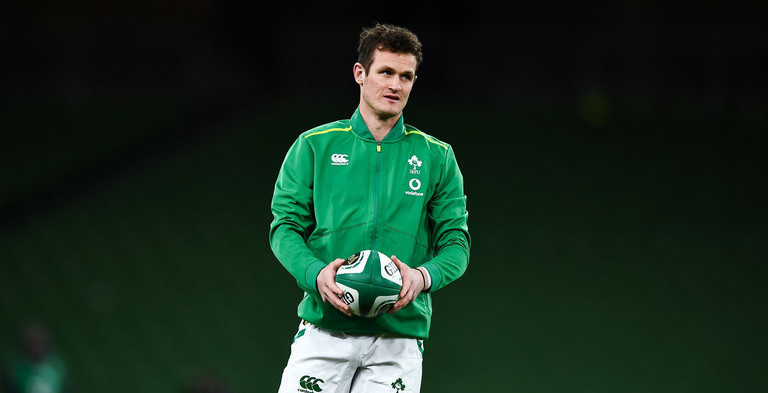