Wallabies coach Michael Cheika is bullish about injury-plagued Australian great David Pocock being fit for the World Cup, rating him "a better chance" than 50-50.

The 31-year-old flanker, a former national captain, has struggled with a calf injury all season, restricting him to just 138 minutes for the ACT Brumbies. He has also suffered neck and concussion problems. 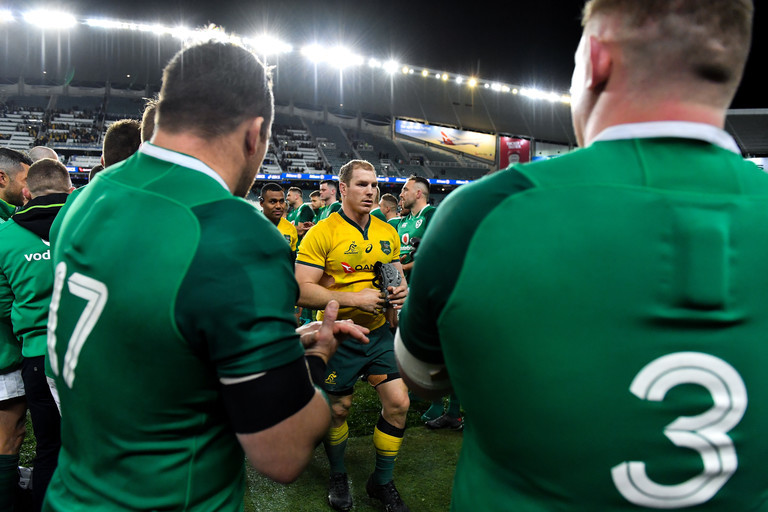 Considered a master of the breakdown and vital to Australia's World Cup hopes, he was omitted on Thursday from the Wallabies 34-man squad for their Rugby Championship opener against South Africa this month.

But Cheika is optimistic the 77-Test veteran, who is leaving Super Rugby to play in Japan next year, will be ready for the World Cup in September.

I'd like to think that he's a better chance than 50-50, we're always very confident about that," he said on the Rugby Australia website Friday.

Pocock's progressing nicely. We'll just get to the next step, I think the next milestone for him is his calf. It's been a bit of a battle but he looks like he's turned a bit of a corner.

So we're positive about having him back at some stage of the Rugby Championship, but as opposed to putting a date on it we'll just wait until the next milestone and go from there.

A formidable ball-poacher and turnover specialist, Pocock was one of the Australia stars at the 2011 World Cup and again in 2015.

In his absence, uncapped backrowers Liam Wright and Rob Valetini were called up to the squad for South Africa.