David Wallace knows a thing or two about playing in the back row. When he came through at Munster in the late 1990s, legends of the game like Alan Quinlan and Anthony Foley were already regulars in the squad. It was tough for a young Wallace to break into the first team but when he did he carved out an amazing career for himself. He earned 72 caps for Ireland and over 200 with Munster, winning two Heineken Cups and the 2009 Grand Slam.

Ireland have been blessed with amazing back rowers over the years. Many world class operators have played there, from the like of Jamie Heaslip and Alan Quinlan to Jack Conan and Peter O'Mahony today. However there was one player Wallace felt stood out from the rest.

Josh van der Flier has been on top form for Leinster over the last couple of years. But one clear aspect of his game that he's developed is his carrying and try scoring. He isn't the biggest of players, so therefore wasn't the strongest carrier. However now he has bulked up and worked on his technique to be one of the better carriers Ireland has. He's scoring more tries now than he used to and is very dominant with the ball.

Speaking at the launch of the new Canterbury Ireland heritage jersey, David Wallace was effusive in his praise of van der Flier's carrying;

It's well known that he is carrying a lot more and a lot better now. He's not just carrying more but the ability he has, I think he's almost surprising himself with how good he is. He had such an engine, he was so effective around the field, but that one area of his game(carrying) was something we didn't see too much and grew in confidence with it. He's a real threat and has probably nailed on at that position for a bit. 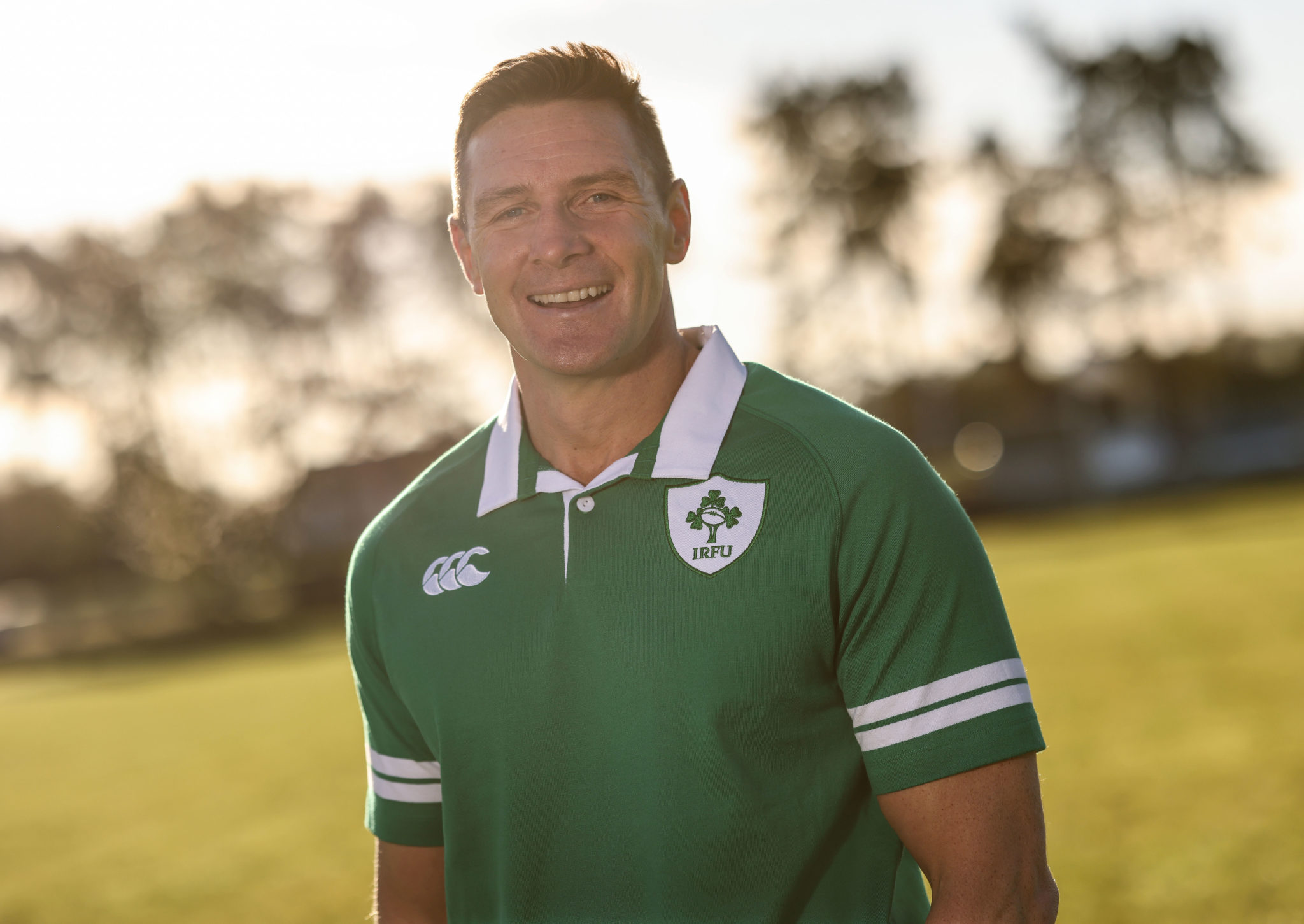 Wallace also picked Gavin Coombes as a player he'd like to see more of this month. The Munster 8 has been in great try-scoring form since making his senior debut in 2018. The West Cork native has scored 19 tries in just 40 games, including 15 last season. He's certainly a phenomenal talent and Wallace believes he brings something unique to the Ireland squad.

I’d love to see Gavin Coombes. I think he’s phenomenal, he’s a player who can get yards that no other player can.

For me, especially at international level, that just puts you on the front foot when those yards are harder to come by. He’s a unique talent and for me he should have a dozen caps at this stage.

Having too many good players is the best problem for Andy Farrell to have. He can only pick a few from the many options he has. But he knows that whoever comes in, they'll be top quality. There's a lot of depth in the squad and with a tour to New Zealand next summer, David Wallace thinks the depth is necessary.

We're going to need that depth because it's a challenging six or eight months ahead until the end of the New Zealand tour.

You're really going to be calling on your squad members through this less than a year period and I think we'll be calling upon many of those players. It's great to have it and all of them are a hair's breadth from each other.

The tight competition in the back row however does mean that some are overlooked. Just in this squad alone players like Dan Leavy, Rhys Ruddock, Paul Boyle and many more weren't selected. One of the players that gets overlooked a lot is Munster's Jack O'Donoghue. The Waterford man has been a regular feature for Munster ever since making his debut in 2014. He's consistently plays well and receives a lot of plaudits for his performances. However, he has only received two caps to date, with the last one coming in 2017. He always performs well for Munster and many fans think he should have way more than two caps. David Wallace singled out O'Donoghue as one of the most underrated players in Ireland.

I think he's been really firing and is a victim of the strength in depth that we have there at that level. I think he can easily fit in to that set up and perform at a very high level and I've been impressed. This year he seems to be maturing

Back rows play a vital role on the rugby pitch, always being tasked with targeting the opposition out half. So a lot of quality and depth in that position is brilliant to have. As Wallace said, with tough games coming up within the next year, players will be called upon. But for now, it will be exciting to see how they get on against Japan, New Zealand and Argentina over the next few weeks.

Canterbury, the official kit partner to Irish Rugby, has revealed the new Ireland Rugby Heritage jersey, inspired by 2003's classic strip. The Heritage jersey is available now via Intersport Elverys in store and via Elverys.ie, and on Canterbury.com. Pictured at the launch of the new heritage jersey is former Ireland and British and Irish Lions player David Wallace.

See Also: Women's Rugby: Take Down Your Blinkers, Because You're Missing Out 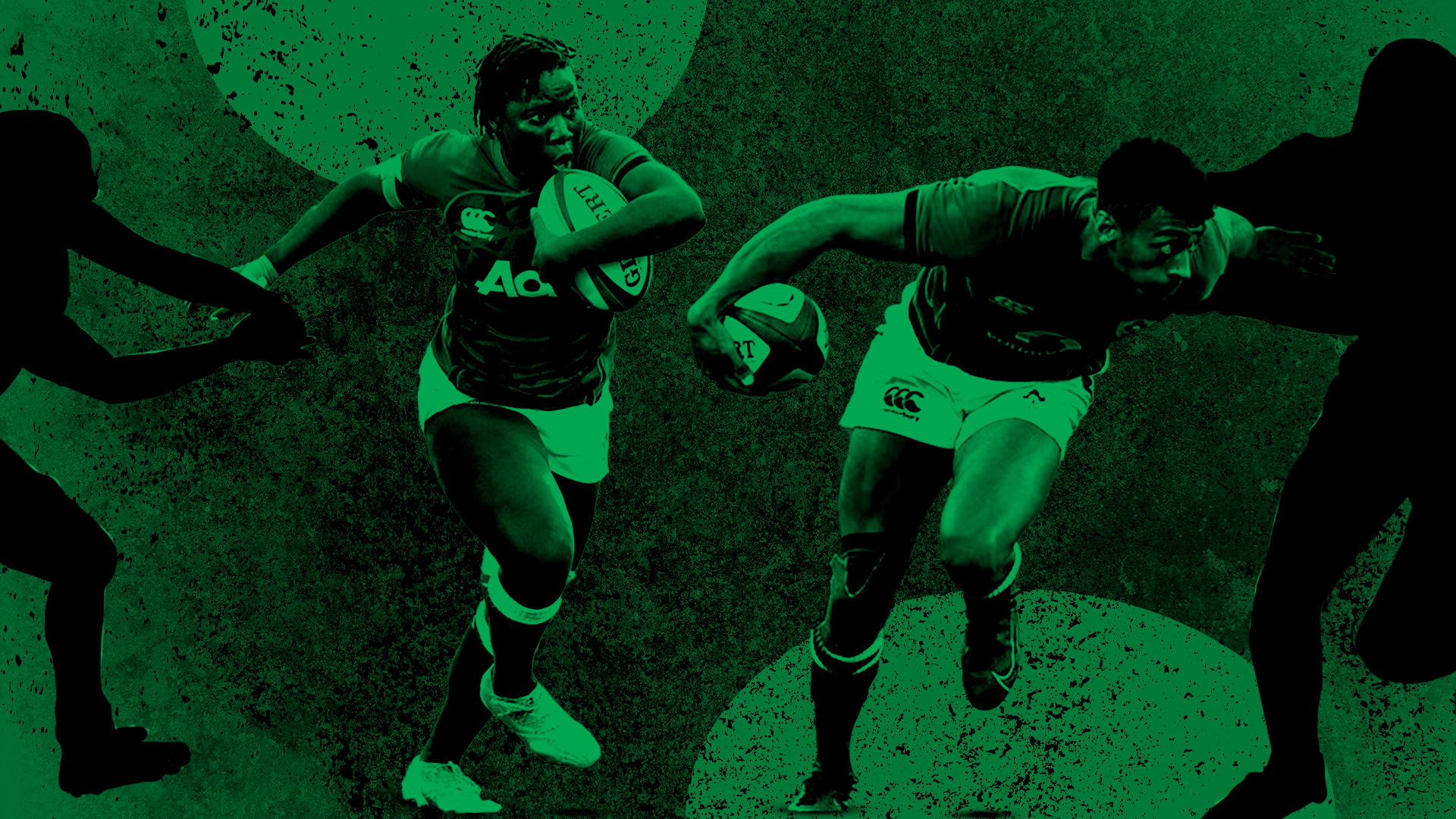