For many countries, it is hard to imagine the archetypal second row but not for Ireland.

Writing in his autobiography, Mike Ross said it best.

Generally, there are two types of second row - the ground second row who is usually behind the tighthead and provides ballast around the park, and the lighter and rangier second row who runs the lineout. The thing about Paul O'Connell was... he filled both roles.

Paulie was probably the best scrummaging lock I had ever worked with and on several engagements I was saved for ignominy by his incredible strength - it was liked having a railway sleeper directly behind me.

In an ideal world that is what Ireland would have in their current squad. The closest thing to it is Donnacha Ryan. Sin scéal eile.

Since 2016, Devin Toner has started the most games of any Irish second row. That is why the news that he was omitted from Ireland's World Cup squad came as such a shock. With 64 caps, he is far and away the most experienced available lock.

While it would seem that Jean Klyen has been selected ahead of Toner, they are very much distinctly different players fulfiling different roles.

Top-level sport is decided by fine margins the same applies to this decision. A Six Nations and Champions Cup-winning player does not become a poor one overnight. The 33-year-old should still have his phone by his bedside locker in case of an injury. Joe Schmidt's explanation explicitly stated it was "a very tight decision."

He's not just a lineout champion for us, he's such a good player. He's an absolutely quality person. It was an incredibly tough conversation yesterday.

He went on to give a revealing hint at the reasoning: "We probably don't have a specialist tighthead second row as such."

It may not be the right call but it is the chosen one. What are the possible reasons for it? 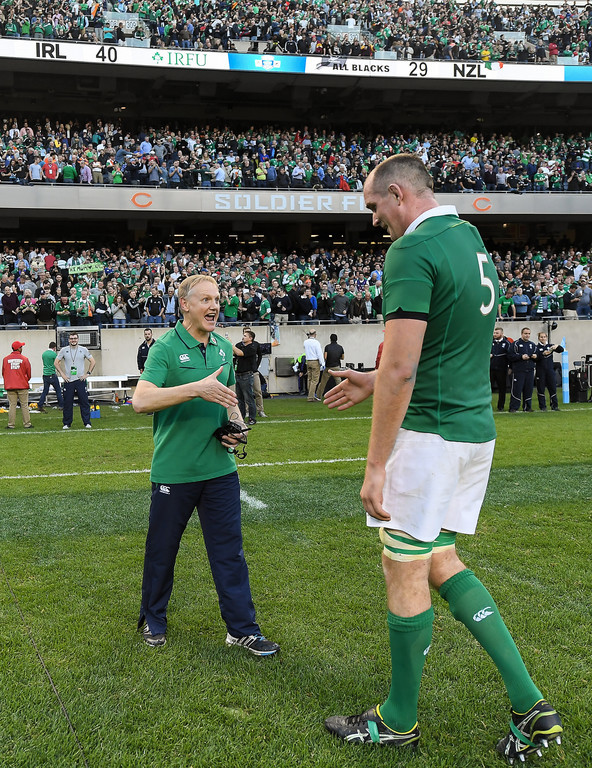 Firstly, the fact is that Toner has endured an injury-blighted 2019. He has started two Ireland games this year. Against England, he finished with four carries, nine tackles with two missed. It is inferior when compared to his partner on the day James Ryan, who had 16 carries and 11 tackles with none missed.

Ireland's scrum formation. Ryan always packs down as the tighthead side. 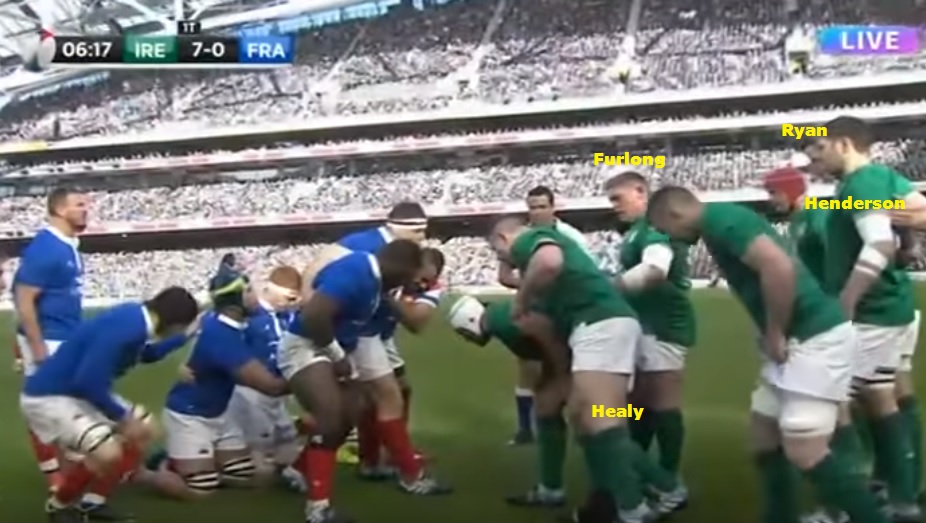 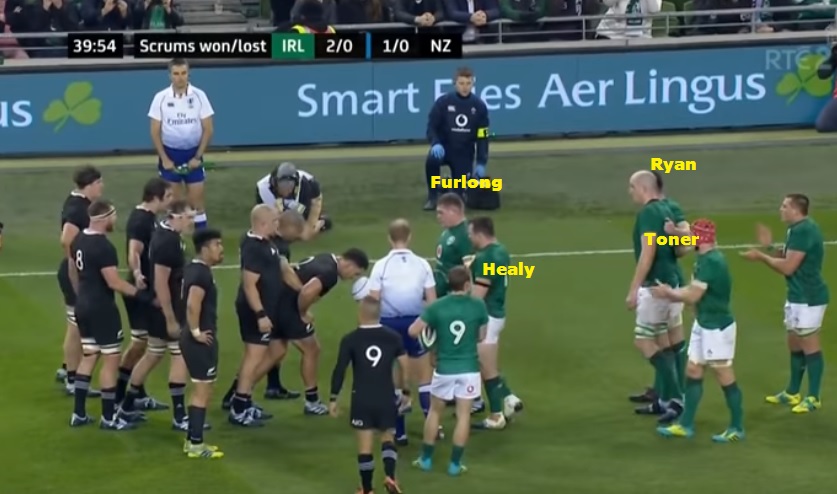 However, a new development also unfolded in 2019. With Leinster, Ryan began calling lineouts.

Few players both scrummage on the tighthead side and call lineouts. Bristol's Aly Muldowney can. He was a mainstay in Pat Lam's Connacht side and made 93 appearances for the province. The 36-year-old is still with Pat Lam at the premiership club currently.

"The demands on second rows now are increasing and increasing," the experienced engine room operator tells Balls.ie. "They have to be near level with back rows. Back rows nearly have an easier job in that they don’t have to scrummage as hard. Now you have to be way more involved in the game, same goes for front rowers. Otherwise, you just get found out these days when everyone else is so fit." 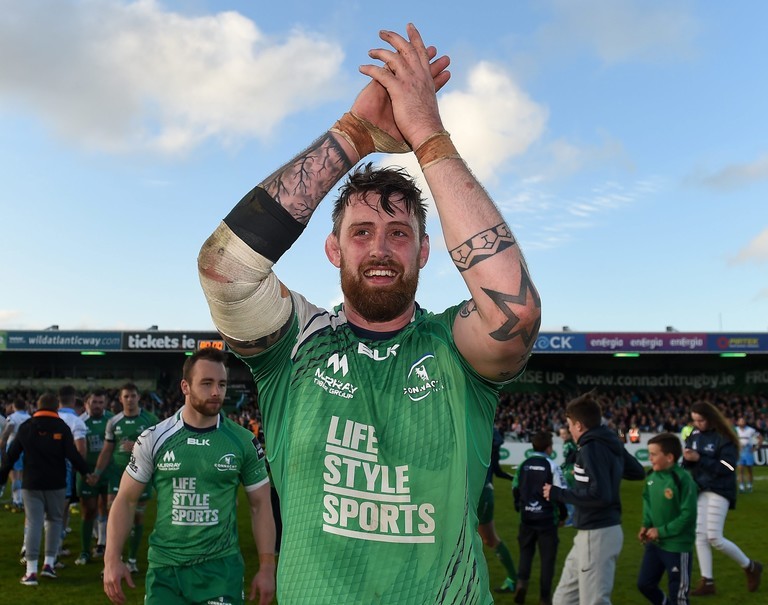 Running a lineout and scrummaging on the tighthead side is mentally and physically taxing. For Muldowney, it was the astute coaching of current Ulster boss Dan McFarland which proved hugely helpful.

You have to work on it. I didn’t really have to call lineouts until I got to Connacht where we had a really great coach with Dan. It is about progressing up and constantly learning, even in games. Look at Ireland's recent game against England.

England had a non-jumping back row, so they'd only two jumpers and still took the lineout apart. You need to spread them out and take it on. They kept playing into England's hands. Itoje and Kruis took their position and Ireland tried to hit between them. The front was wide open. If it is on, you need to take it. Once you do, Itoje will push forward and that splits them.

It is down to the calling. You sometimes have to take the front. They will have a chart map and know we don’t want to win it at the front because Curry and Underhill will shoot up on the ball but after you’ve lost one or two, you just need ball at the front.

"England left it wide open even on a six-man. They could have won the ball at the front and play from there. It might not be perfect ball, but you have possession. Otherwise, you force the hooker to make really difficult throws."

Ireland underused calling to the front in Twickenham and it was costly. 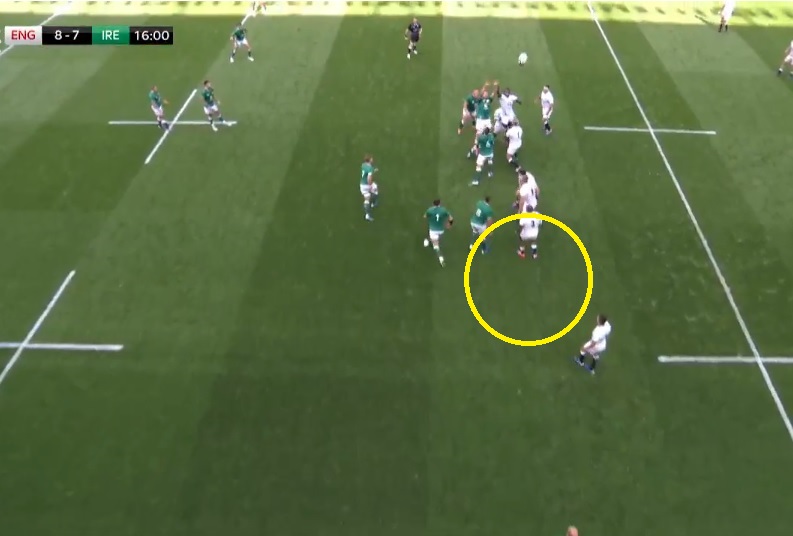 Henderson's struggle with the call in Twickenham could lead to Ryan doing both for Ireland in Japan. This is the gamble. The coaching ticket must believe they can correct this issue without Toner's assistance. The past twelve months have seen huge change with New Zealand, South Africa and England all developing immensely athletic packs and Schmidt's selection could be a response to that.

In leaving big Dev out they have just decided 'our lineout will be fine. We have other jumpers and guys who can call. We can take some of the boys who can cover six and are more effective ball carriers,who can make some big hits in defence. If we manage our set-piece, these boys can do more around the park.'

That is a big if. The lineout reliance is well established for a reason. Toner is a master at it.

Under Pat Lam, Muldowney had to meet high expectations. Like Schmidt, he is a near perfectionist. The policy was plain and simple.

"Do it or get out we will get someone else in who can. I mean not fully replace you, but we have others in the squad. It is on you to work hard and if you need to do extras, make sure you do them. He would just push you. Do it or straight out, next person in."

Much has been made of Kleyn's scrummaging prowess. Yet as Muldowney expertly explains, there is an expectation on both second rows in a scrum. It might go under the radar for viewers, but the duo have a huge role to play.

"The scrum takes so much out of you. When you start as a six you realise how much easier it is on the legs, you have way more energy. There is nothing worse than scrummaging in the second row, then getting up and being asked to run 50 metres and get into the next thing, defend or carry.

"On your ball, on the tighthead side, you need to get forward. You need to make sure your tighthead does not go back. Sometimes you have to feel the scrum and decide whether you keep pushing or lock it out. It might be realising, 'we are not moving anywhere but we cannot go backwards'.

"On the loosehead side, it is important on their ball because you want your loosehead attacking their tighthead.

"There is a lot more freedom when you scrummage on the loosehead side because the prop has more movement. They can angle in and you might break your bind with your other lock but you need to keep your shoulder on the loosehead.

"When it is your tighthead, you can't move really. If he comes in on an angle, it is so obvious. Looseheads can get away with much more. Some tightheads just want a big hit and chase. Some nearly want a pre-engage, they want to be fully loaded and just lockout. You won’t get every scrum; sometimes you have got to lock it out and not concede a penalty." 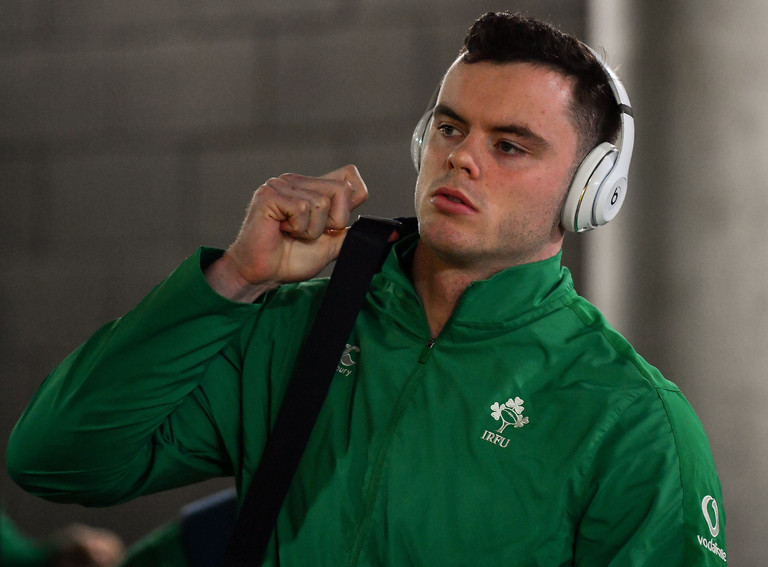 Ultimately, a tighthead lock has a huge role to play and Toner has underperformed there. If anything, he was in competition with Henderson, while Beirne can back up that side. Both of those options are more versatile and impactful in the loose.

In 2017 and 2018, Ireland beat England in the Six Nations. On both occasions, Schmidt opted for Iain Henderson to start over Devin Toner, who was on the bench.

It is a new world for the imposing lock. Aly Muldowney knows that reality more than most. Lineout, scrum, the breakdown, defensively and going forward, they need to do it all.

"It is hard, hard work. You need to keep your legs moving all the time. You know if you don’t do it, the next person can."