Devin Toner Had Other Options, But Chose To Call Time On Rugby Career

"I don't know!" Devin Toner says with a laugh.

"Come back to me, and I'll tell you in a couple of months. It's going to be a hugely different situation."

That different situation will be an office job, and what he's not sure about is how he'll handle the transition from 16 years as a professional rugby player to doing a 9-5.

Last month, Toner - who turns 36 in June - announced he was calling time on his career with Leinster. He came into the season with a strong feeling it would be his last.

"With Covid, and everything last year, I only got my contract this year by the skin of my teeth, I think," he says, speaking at the launch of Leinster’s Next Big Dish with Official Food Delivery Partners Just Eat.

"I had a good idea it was going to be my last year; whether I was going to go somewhere else or not, I had to make that decision.

"There were a couple of things that cropped that could have been good, but at the end of the day, I was thinking to myself that I've a young family, a young fella starting school in September, to uproot the whole family for a year, would it be worth it, would it not, I don't know.

"I probably came to a decision just before Christmas. I had a look around at a coupe of clubs, and then sat down with the family. It was a good time to call time on my career. I do count myself lucky to be ending my career as a one club man." 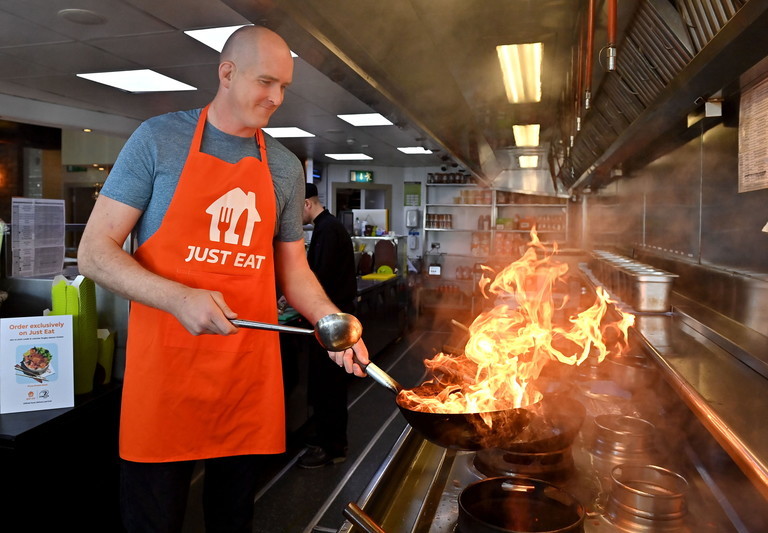 Leinster Rugby player Devin Toner was cooking up his next move with Just Eat in Dublin, celebrating the launch of Leinster's Next Big Dish. Photo by Brendan Moran/Sportsfile.

Like many former rugby players, Toner will be moving into the world of finance. He has a job lined up that starts in September. The nature of rugby, and the notion his career could be over in one tackle, is something which has always been at the back of his mind.

"Rugby Players Ireland do a really good job at getting lads into college," he says.

"From when I started to now, all the younger lads have degrees already. They are always going to college, always doing lectures whereas it took me eight years to do a degree in sports management.

"I was able to get back and do a bit this year. I'm doing the QFA's (Qualified Financial Advisor exams). I've got a gig lined up in the finance world.

"Speaking to the lads who have finished, it's not really the rugby they miss, it's the lads and the dressing room that they miss. That's going to be one of the more challenging aspects of it. To go into an office job, it's going to be a bit different, but a challenge I'm relishing."

The second row would like to think he's had a positive influence on the careers of the young second rows who've followed him through at Leinster. Though, for the moment at least, he's not entertaining the possibility of going into coaching.

"I thought about it a bit, and I realised why I'm retiring is to first of all give back to my family - I owe a lot to them," he says.

"Looking at it, coaches have it worse than players. They have to go to every game. Their weekends are always taken. They're in first, gone last.

Just Eat, Official Food Delivery Partner of Leinster Rugby, is giving you the chance to decide Leinster’s Next Big Dish! Vote for your favourite by ordering one of the three signature dishes created by Leinster Rugby Players from Mao at Home, Gourmet Burger Kitchen and Base Wood Fired Pizza before May 11th and be in with a chance to win €1,000 Just Eat credit and Leinster Rugby season tickets. For further information or to place your order visit www.just-eat.ie #BringItHome

Featured image: 27 November 2021; Devin Toner of Leinster during the United Rugby Championship match between Leinster and Ulster at the RDS Arena in Dublin. Photo by Harry Murphy/Sportsfile

See Also: The Best Tries From The Career Of The Flying Leinster Hooker Sean Cronin 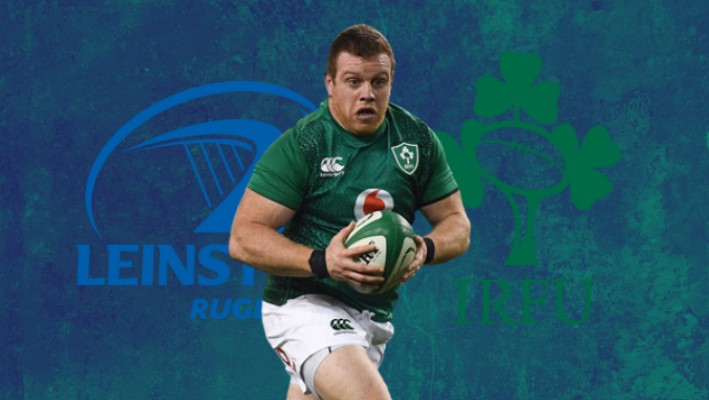 Rugby
3 months ago
By PJ Browne
Ireland's 2007 Six Nations Grand Slam U20s Team: Where Are They Now?
Previous Next