Donncha O'Callaghan was a Munster stalwart right up until his departure in 2015. The Worcester Warriors man first lined out for the province in 1998 and went on to win two European Cups before he left for England.

During that time he played alongside Munster and Ireland legend Anthony 'Axel' Foley. During Munster's 2006 success Foley was the man planted behind O'Callaghan and Paul O'Connell in the scrum.

Speaking to Sky Sports, O'Callaghan has revealed the shock and sense of loss that came over him when he learned of Foley's passing. Munster were due to be playing Racing 92 one Autumn day in 2016 and O'Callaghan was planning on watching. He got a call from Peter O'Mahony and immediately registered that something was wrong, as O'Mahony should have been warming up.

I'll never forget his tone and his voice. I can't even remember what he said, but you just got a sickening, horrible feeling and, actually, 100 per cent disbelief. 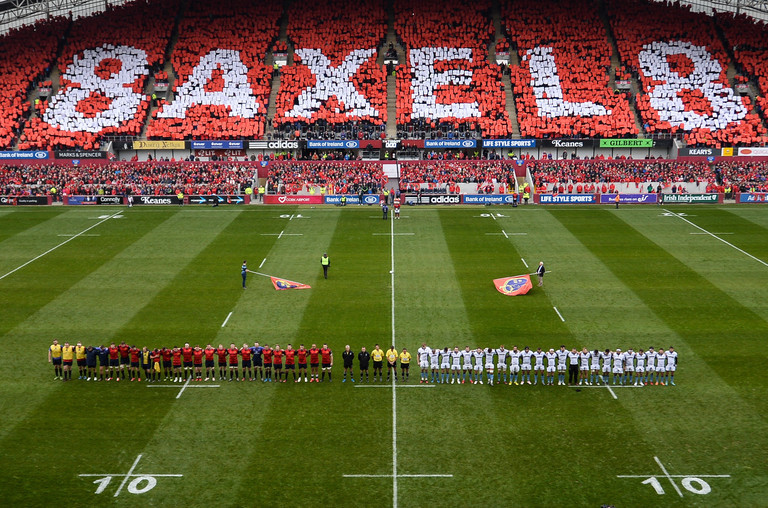 The Glasgow game that week was the proudest day I've ever had, both playing or supporting Munster.

How that group of lads reflected us was incredible. I was so, so proud. I shouldn't have gone to the dressing room afterwards. I don't even know how I ended up in there. I was hugging the centre Jaco Taute, I'd never met the man, never even shaken his hand, but I was there saying: 'I love you man'. It's the same shirt, same values. When I watch them I feel the same way as I did when I was eight or nine years of age.

For many, Anthony Foley epitomized Munster rugby both on and off the field. The loss of an Irish sporting icon at just 42 sent shockwaves through the nation and left a void in the lives of so many Munster players.

All the relationships are different. For that group of lads Axel was their coach. For me he was always my captain, and for John Hayes, Keith Wood, he was like their brother.

Munster are stay paying credit to Foley. Just last week, Shannon RFC unveiled a commemorative bust that was placed at Thomond Park in his memory.

As for O'Callaghan, he is set to retire at the end of the year but has already made the transition to media work seamlessly. His Worcester are currently in a fight to avoid the drop, just nine points clear of London Irish

O'Callaghan's full interview with Michael Cantillon is well worth your while and is available here.

Rugby
9 months ago
By Balls Team
Four-In-A-Row: Anthony Foley And The Great Shannon Team Of The 1990s
Football
2 years ago
By Balls Team
Treasure Trove Of Great Sports Documentaries Available On New-Look RTÉ Player
Rugby
2 years ago
By Maurice Brosnan
What Johnny Sexton Did For Anthony Foley's Family Was Absolutely Class
Popular on Balls
Football
21 hours ago
By Andrew Dempsey
Hugely-Talented Irish Teenagers Sign First Professional Contracts With Brighton
Olympics
17 hours ago
By John Dodge
Here's What You Need To Know Ahead Of A Huge Night For Irish Rowing
Olympics
21 hours ago
By PJ Browne
Irish Swimming Relay Team's Olympic Interview Should Make Nation Smile