While the Autumn Nations Cup may not quite draw the excitement of a fixture in the Six Nations or World Cup, there is no doubt that Ireland supporters would love to get one over on England tomorrow afternoon.

Eddie Jones' side have won three on the trot against Ireland, all of which have been in a fairly convincing fashion.

Andy Farrell has implemented quite a few changes since then. The team that will line out tomorrow is quite different to the one we saw in the Six Nations earlier this year, with a number of young players being given an opportunity.

There has also been the addition of James Lowe. The winger put in a brilliant performance in his debut after qualifying for Ireland due to the residency rule. In all, there will be five players in the team tomorrow that qualified via this method.

In typical Eddie Jones fashion, he couldn't resist a subtle dig at Ireland for this, referring to the team as the 'united nations'.

I heard someone calling them the United Nations, so I had a little chuckle.

Andy Farrell, Mike Catt and Simon Easterby are just selecting the team they are allowed under the regulations.

I can understand how Irish people would be upset about Irish-born players missing out, but they are the laws and regulations of international rugby. They are just sticking by the regulations.

Tomorrow's result could be heavily influenced by the scrum, an area that England have had the better of in recent meetings between the sides.

Porter's done really well, he's taken to Test rugby well. Scrums in a fairly unusual way which may need some referee intervention there, so we'll wait and see.

I'll leave that up to the referee.

The scrum contest is always challenging against Ireland. We've got a referee who generally doesn't reward dominant scrums so it'll be interesting to see how he looks at that area.

We'll need to be adaptable to his calls on it, it's no use scrummaging if you can't get a result out of it.

But they've got a good scrum. Cian Healy's played over 100 caps at loosehead so he's got to be hugely respected.

It is certainly set to be an intriguing contest.

SEE ALSO: TG4 To Have All-Female Analysis And Commentary Team For Pro14 Game 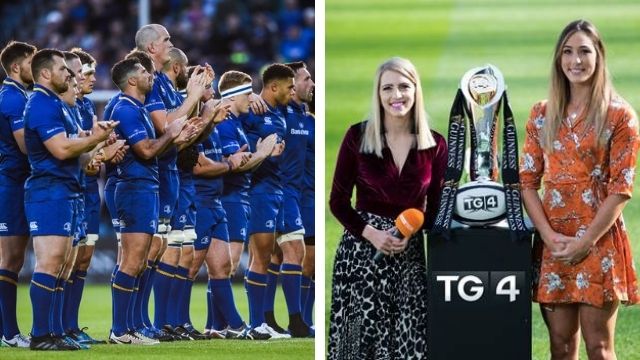