Eddie Jones is a controversial character. He certainly fits the bill in his role as the pantomime villain of world rugby, with the supporters of other nations always keen to get one over on a coach that they can often deem to be arrogant or demeaning towards their teams.

As it turns out, many of those inside the England camp also struggle with his personality.

In a withering assessment of his people skills in The Times earlier this week, Owen Slot described a toxic atmosphere around the team, one where Jones demands a ridiculous from both his players and support staff. The result has been an unusually high turnover of staff during his tenure in charge of the side.

Here is just one taste of the issues that are described in the piece:

In every department, the turnover is high: coaches, doctors, psychologists, physios, analysts. The fact is that the churn of Jones’s staff is unmatched anywhere in the world game and the reason is clear. Working for Jones is a relentlessly intense experience and Jones can be a brutal employer...

“Verbal abuse, pressure, belittling,” is how one former employee described it.

“Brutal, rude, aggressive,” were the words of one player describing the way Jones treats his staff.

You can read the article in full here.

Few who have been familiar with Jones' antics down through the years would have been surprised by these revelations, but the man himself does not seem all that pleased by what has been said.

When quizzed about the details of the article by Craig Doyle on BT Sport, Eddie Jones insisted that he does not treat his players or staff poorly. He also became very irritated by suggestions he had acted in an aggressive manner in his role as head coach.

🗣 "Everyone has an opinion on how you operate, I can't say whether it's right or wrong"

England Head Coach Eddie Jones speaks out against the recent criticism of his squad selections and management style...#RugbyTonight pic.twitter.com/BKEDrjeBik

I haven't seen the article mate because I don't read the newspaper. Sometimes my wife tells me to read it, maybe she is trying to give me a message.

These things happen, everyone has an opinion on how you operate. I can't say if it's right or wrong, I just try to be a reasonable person.

I have coached for a long period of time and there probably have been times that I haven't been as nice as I would like to be. I endeavour to be fair all the time...

It's difficult for me to give an opinion. I think the fact that I have been coaching for this period of time would indicate that isn't the truth.

Has there been a high turnover of staff? There has been turnover in certain areas where we have looked to fresh up the staff, it's my sixth year in the job and you'd expect that from your support staff...

No I wouldn't at all (describe himself as an 'old school' coach). I don't even know what that means. Some of the best old school coaching is the best coaching...

I'll tell you what mate, I won't even give that question any credence. I don't think that's a great question.

We imagine this will not be the last time we see Eddie Jones become irritated by questions surrounding this issue. 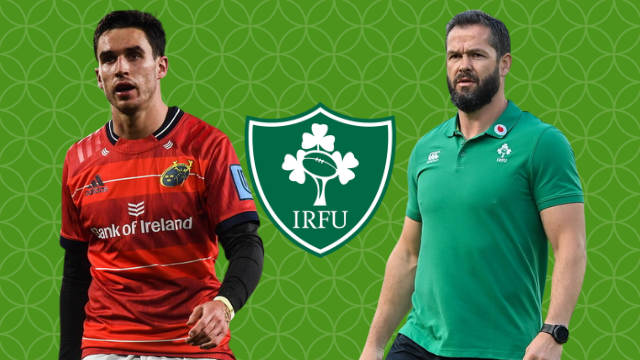