We all know certain players or sportspeople as warriors, Spartan-like figures, but the reality is that we on the outside don't even know half of what players go through on or off the field of play. Whether it is months of arduous rehab after a bad injury in order to get back on the pitch or bravery on it, often nobody except a sportsperson themselves knows what they have sacrificed in pursuit of their goals. Perhaps the only ones with any sort of true insight are family, friends and colleagues.

Brian O'Driscoll and Paul O'Connell are two such warriors. Ireland, Munster and Leinster supporters are all aware of the courage, bravery and drive of the two men when they represented their country and province. But not nearly as aware as those who worked with them. Former Ireland rugby boss Eddie O'Sullivan was speaking to Jarlath Regan on the Irishman Abroad podcast and Regan asked him to name one player who had taken his breath away:

For me, it's O'Driscoll. We've seen the fantastic things he's done like when he scored tries, but for me it's his doggedness (that stands out).

He's the greatest defender I have ever seen in rugby. He was the smartest defender but he always knew which guy was gonna get the ball so he could tackle him...physically tough and mentally tough. The bigger the occasion, the harder he played.

Looking at Sportsfile pictures from that game, you can see just how much discomfort BOD was in due to the injury: 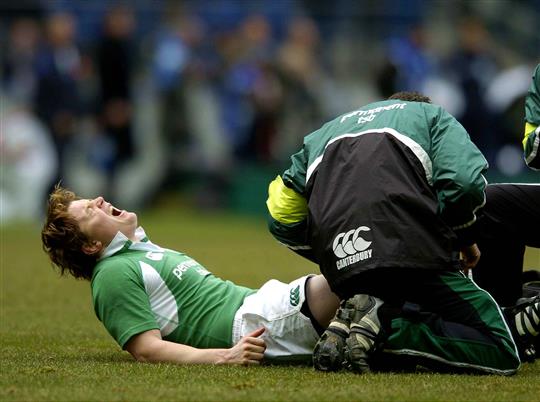 The same day, ten minutes into the second half, Paul O'Connell popped his AC joint, which is excruciatingly painful. He wouldn't come off in that game because we were behind and in big trouble in Paris. The French were strutting around.

They had no business staying on, they were in incredible discomfort. But those are the type of guys you want in your team.

Here's O'Connell getting his shoulder strapped up during the game: 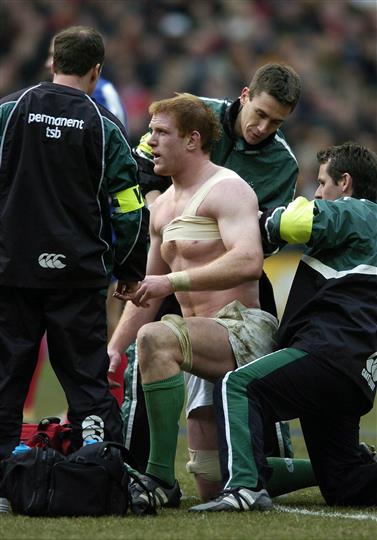 Ireland conceded a whopping six tries (scoring four themselves) and lost the game 43-31 - but not for lack of courage from the two recently-retired legends.

Football
13 hours ago
By Michael McCarthy
Watch: Irish Midfielder Opens His MLS Account With A Cracker
6