Ireland have ended their Autumn Nations Cup campaign with a win this afternoon, running out as winners over Scotland on a scoreline of 31-16.

It was a deserved victory for the home side, who dominated the game after a somewhat dodgy opening half hour. Two tries from Keith Earls and one from Cian Healy made the difference in the end.

Scotland looked like they would trouble Ireland early on, but it's fair to say that Gregor Townsend's side were very underwhelming overall.

Despite this, speaking to RTÉ after the game Stuart Hogg said his team were on track to achieve 'something special'.

Stuart Hogg tells Clare MacNamara Scotland are disappointed but feel they are on the right track #rterugby #irevsco pic.twitter.com/3nGiGMhI8l

I felt for 70 minutes we could have been in control. In the ten minutes after halftime, we let them into the game and they scored two tries.

On the whole, I'm pretty pleased with everything that we've done. We're on the right track to achieving something special, but along the way we've got a lot to learn...

It's tough to take at the minute, but I feel we're on the right track to being where we want to be.

We're not so sure about that one, especially when you consider that Ireland were actually ahead at halftime.

After Stephen Ferris saying he wasn't sure what game Stuart Hogg was looking at today, Eddie O'Sullivan would go on to label this Scottish team as delusional in their assessment of their own abilities.

'They have some deluded notion they're better than they are' @TheRealEddieOS has some harsh words for @Scotlandteam #rterugby #irevsco pic.twitter.com/3ZylFCjlTf

We've seen all this before. They always talk themselves up, they always talk a great game. They have some deluded notion that they are better than they are.

It's just deluded. They talk themselves up, they come in, and then they implode. We have seen this time and time again.

He (Stuart Hogg) says 'we are onto something special'?

Scotland defeated France in this year's Six Nations, but they also lost to the same opposition a couple of weeks ago. They have not really threatened England or Ireland in recent years. 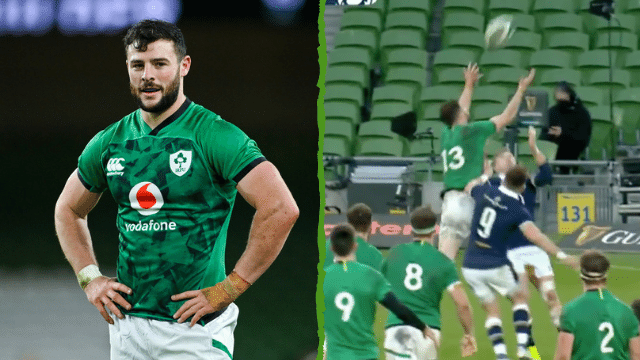