Rugby is going through a difficult period at the moment. While all sports are suffering due to the coronavirus pandemic, the mix of high salaries and dependance on gate receipts in rugby makes it especially susceptible to the potential issues related to the virus.

The IRFU have already been forced to delay contract negotiations with some of the biggest stars in this country due to financial uncertainty, something that could have a big impact at both provincial and international level.

One potential positive is a massive cash injection that could be around the corner thanks to the Six Nations. It looks as though a 14.5% stake in the commercial rights of tournament is about to be sold to investment firm CVC Capital Partners, something that could net the IRFU a sum of around €56million.

That could well ease any financial concerns, but the impact on the long-term health of the game remains to be seen.

CVC have previously invested in Formula 1, with one of their first acts being to move the sport behind a pay wall. It has been speculated that the Six Nations could experience something similar, something that has been met with plenty of opposition.

Speaking on RTÉ's Saturday Sport, former Ireland coach Eddie O'Sullivan said that such a move could have a big impact on the future of the game in this country.

It looks like the IRFU are in line to get a good chunk of change out of this. It's badly needed at the moment. So, in the short-term it's a plus.

But the big question with this when the dust settles is what are the long-term effects?

This money is needed now but it'll probably be spent on current expenditure. The danger is that rugby will be looking for investors in three or four years time and what you could have is control of rugby tournaments going to capitalists.

Then do we lose control of the game? CVC are in this for profit. It's a big debate. But for the moment, we're happy to get the money and keep the ship afloat...

We're talking about expanding the game globally, making it accessible to the masses, trying to ring-fence tournaments. But at the end of the day, if it's behind a paywall, we know what happens there.

There was a lot of concern almost a year ago when this was announced but the pandemic has overtaken everything, in terms of trying to survive financially.

But I would be worried in the long-term about where rugby's soul is going...

Less people would see it, less kids would get to enjoy it. We lose control to use rugby for the positive benefits for society out of it. It just becomes a complete business from start to finish.

Can you imagine if the Pro14, the Six Nations, all those games go behind a paywall? In Ireland, that would have a big effect.

The 2021 Six Nations is due to get underway in a few weeks, with Ireland travelling to Wales on February 7th. 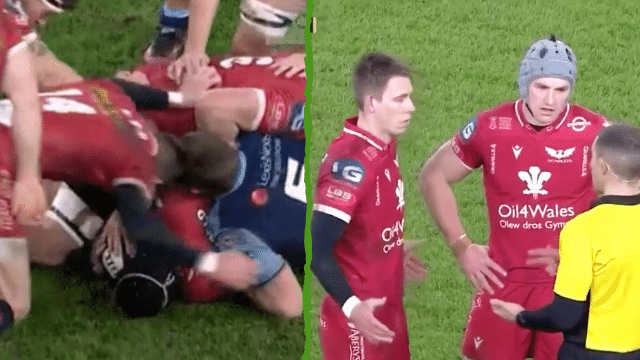