The argument of whether the Six Nations should introduce bonus points is up there with the GAA's 'championship structures' discussion in terms of talking points that make you want to repeatedly drive a fork into your eye socket until your optic nerve is severed.

Most people would agree that the spring rugby tournament would be better served by rewarding attacking play while the GAA summer would also be more exciting with a revamped structure - but it has become tiresome talking about the benefits while the lawmakers continue to persist with the status quo.

One reason often cited for why there are no bonus points in the Six Nations is that a team could then win a Grand Slam and finish second. That is true, but it also begs the question, if you win all your games playing conservative rugby that doesn't once yield more than four tries in a match, do you really deserve to take home the trophy at the end of the tournament if your opponent catches you with bonus points?

This piece isn't an argument for bonus points in the Six Nations. Instead, it is a look at how the adoption of the European Cup bonus point system (one point for scoring four tries, one point for losing by less than 7) would have changed the previous Six Nations tables - with all other things being equal.

Obviously some teams may have adopted different tactics were bonus points on offer but since it is already advantageous to buttress your points difference, we can still see how the tournaments might have been different.

As of today, there have been 16 Six Nations tournaments played. 13 of those winners would still have claimed the trophy under the European Cup system. Thankfully, Ireland's two Six Nations crowns won under Joe Schmidt in frantic finishes are still safe.

Here are the three tournaments that would have been different were bonus points around. 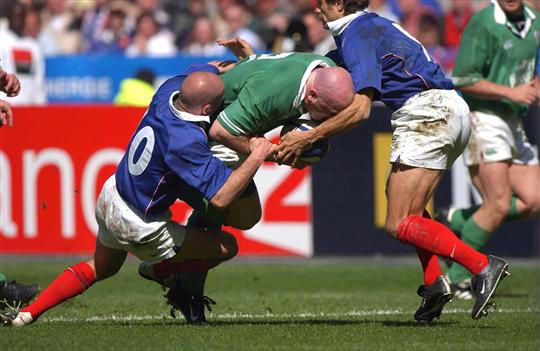 This was the era of the best northern hemisphere team of all-time, with Clive Woodward's England claiming three titles in four years and a Grand Slam in 2003. Had bonus points been in force, they would have made it four in-a-row.

To recap, France won five fixtures - including a tight 20-15 battle against England in Paris - and collected one try bonus point in their 44-5 hammering of Ireland on the final day. England won four games and as well as that losing bonus point in Paris claimed FOUR try bonus points after walloping everybody else in the tournament.

England's point differential was 50 points better than the French so Woodward's men would have won the trophy. Would that really have been such an egregious occurrence? Sure, England lost narrowly in Paris but outscored France on the try count overall by 23 to 15.

What's interesting is that although that England team are remembered as a forward-dominated outfit with a dead-eyed ten, they averaged 4.5 tries a game during the four Six Nations tournaments between 2000-2003, which is New Zealand-esque.

Although let's be thankful that bonus points weren't around for this - could you imagine how much more insufferable Woodward's army would be had they won four in-a-row? 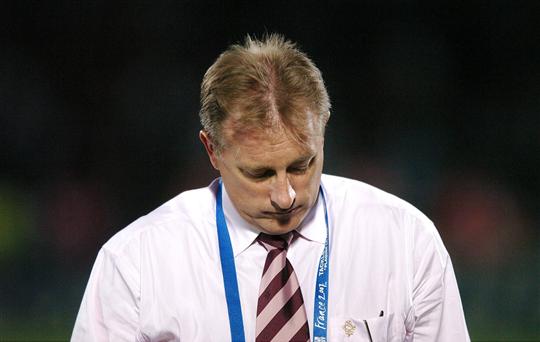 Poor Eddie. We talked about England try-scoring ratio above - Eddie O'Sullivan's Ireland side managed to score just under three tries per game during their 2004-2007 Six Nations peak. Not bad going but unfortunately they could never get over the finish line, with France pipping them to titles in 2006 and 2007.

2007 was particularly sickening. After routing Italy earlier in the day, Irish players and fans had to experience the reverse of last year's euphoria as an Irish TMO awarded France this VERY questionable title-winning try.

What made that finish an even greater uppercut to the testicles was that Ireland had cut loose earlier in the day in Rome in what was one of their most clinical ever attacking displays. Drico, D'arce, Shaggy, ROG, Disco Den, Wally, the Bull - that day set the record for most nicknames in an Irish team.

Alas*, sport is cruel and it was up to Declan Kidney to guide Ireland to that sought-after Six Nations championship.

*Apologies for the superfluous use of alas. 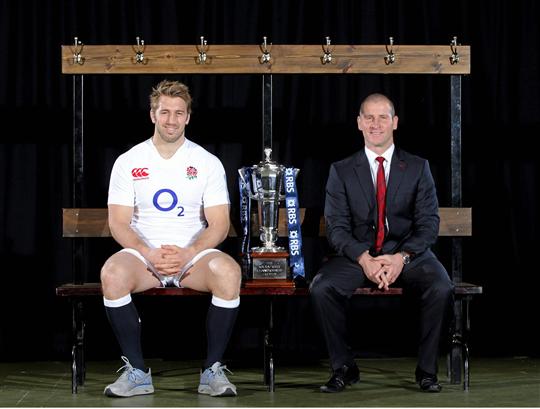 Look at that above photo with the smiling faces of a former coach and captain. Ever watch Fringe? No, me neither but if you did watch the entertaining sci-fi show then you might think that picture looks like a window into a parallel universe where bonus points existed back in 2013.

2013 was the year where England visited Wales in Cardiff on the final day of the Six Nations knowing a win would secure a Grand Slam while a loss by seven points or less wold ensure they won the championship. Wales promptly went out, and on the back of a gazellian performance from Justin Tipuric, smashed England 30-3.

However, were bonus points about, Wales would have finished two tries short of the bonus point required to pip England, and despite getting mauled, Lancaster's men would have still clung on to a barely deserved title.

So are bonus points fair, unfair or just a natural progression for a tournament that could probably do with an increased emphasis on attacking rugby?

Probably all of the above.