How has he gotten away with this?

England prop Ellis Genge will NOT be cited for an incident involving Johnny Sexton during the Six Nations meeting with Ireland on Saturday, much to the disbelief of anybody with a pair of eyes.

Genge was clearly captured driving his elbow into the face of Sexton multiple times late in the loss to the Irish, although the incident was missed by the officials at the time.

Sexton: "Sir, he elbowed me in the face."

Sexton asked referee Mathieu Raynal to review it at the time, with Genge even admitting that he had elbowed the Ireland captain. However, the Frenchman said the incident would not be looked at until after the game.

It now looks as though the 26-year old has gotten away with it completely.

The disciplinary window for any potential red card incident in that game has now passed, with no citing for Genge. No further action will be taken.

Considering the emphasis the sport has been putting on avoiding potential head injuries, we're not quite sure how he can get away with a number of sickening blows to the head of an opponent.

It was an egregious miss from the officials at the time, but this is arguably even worse. There is certainly a case to answer for here. 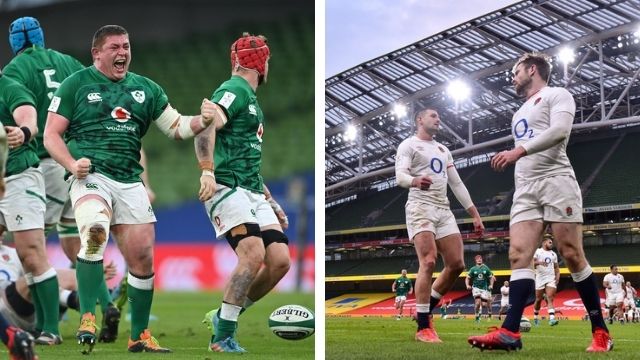