Johnny Sexton marked his 100th cap in typically imperious fashion this afternoon in Dublin 4, as he captained Ireland to a famous 60-5 win over Japan.

Sexton kicked a penalty and four conversions but his try in the second half will be what many remember from the fixture. After he touched down, Johnny Sexton released an almighty roar and was mobbed by his joyful teammates.

You love to see it - Johnny Sexton scores a brilliant try - followed by a trademark roar - in his 100th Ireland matchpic.twitter.com/LRW7WVjYZb 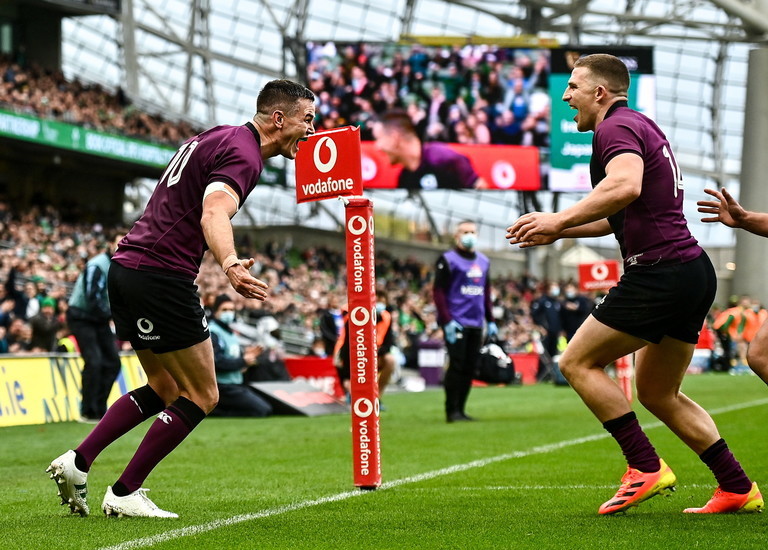 6 November 2021; Jonathan Sexton of Ireland celebrates after scoring his side's fifth try with Andrew Conway during the Autumn Nations Series match between Ireland and Japan at Aviva Stadium in Dublin. Photo by David Fitzgerald/Sportsfile 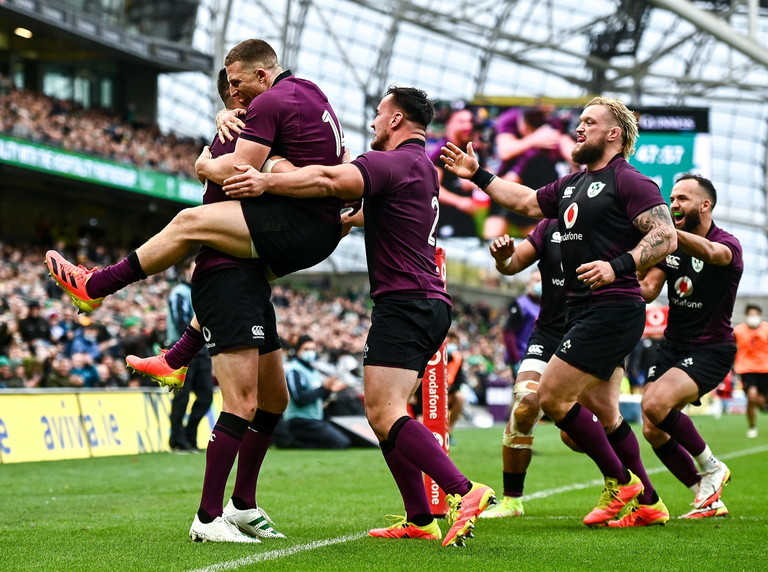 It was the perfect afternoon for the 36-year-old, who somehow remains a vital lynchpin in the Ireland rugby team despite his advancing age. An emotional Sexton spoke to RTÉ after the fulltime whistle. After a 30+ second roar from the Aviva faithful, Sexton called the try 'one of the best moments' of his career.

An emotional Johnny Sexton receives an incredible reception from the home crowd after making his 100th Test appearance for Ireland. pic.twitter.com/mnCkkDN1yC

"It was an incredible day for myself, for my family here. I think every one of them is here. They came up from Kerry as well. Just the reception I got. That try I got in the corner was one of the best moments of my career by far. I'll never forget it."

In typical Johnny Sexton fashion, he mentioned teammate Cian Healy and retired Leinster players Rob Kearney and Fergus McFadden who experienced milestone moments in their careers during the pandemic, and thus in front of empty stadia.

"To be honest, I feel a little guilty over the last two years, there's been guys like Cian Healy who've got their 100th cap in an empty stadium. I've had great friends Rob Kearney and Fergus McFadden who retired in an empty stadium. For me to get the chance to do this today, I do feel a little bit guilty, but I will remember it forever, so thanks very much to everybody."

Classy as ever, Japan gifted Johnny Sexton with a samurai sword after the match.

Touch of class from the Japanese team, who presented Johnny Sexton with a katana post-match to mark his 100th international cap 👏 pic.twitter.com/JWfBEYQ2Ts

It was a brilliant day for Sexton and his family. Next weekend, Ireland welcome the All Blacks to the Aviva. 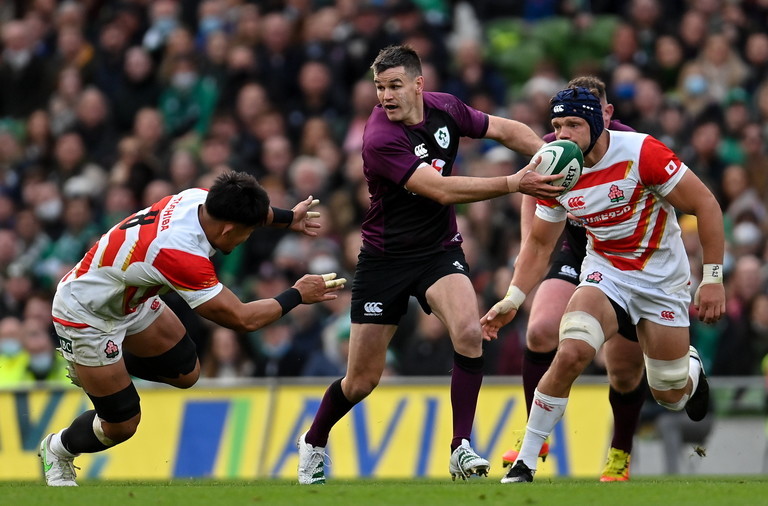 6 November 2021; Jonathan Sexton of Ireland is tackled by Kazuki Himeno of Japan during the Autumn Nations Series match between Ireland and Japan at Aviva Stadium in Dublin. Photo by Ramsey Cardy/Sportsfile