The RFU have announced that they will not ban England rugby fans from singing Swing Low, Sweet Chariot, but will instead educate their supporters about the origins of the song.

The song has long been used as an anthem by English rugby supporters, something that has come in for criticism in recent times due to its link to the slave trade in the United States.

It was penned in 1909 by Wallace Willis, who had escaped the slave trade in America in the 1800s. It is believed the lyrics of the song a reference to the Underground Railroad.

With the current Black Lives Matter movement throughout, many felt it was no longer suitable for English supporters to sing the anthem they originally adopted in 1988.

However, the RFU have now released a statement saying they will instead educate their supporters about the origins of the son instead of banning it.

The RFU will use social media and event audiences to proactively educate fans on the history of Swing Low, Sweet Chariot, and will broadcast a documentary on the history of the anthem on 23 October pic.twitter.com/4gL2CBEB2E

The RFU has stated it will not ban Swing Low, Sweet Chariot as it has a long-held place in rugby history however, the Union will use its social media and event audiences to proactively educate fans on the history and provenance of the song as well as providing platforms for diverse voices across the game.

Ahead of the first England game since lockdown, the RFU will release a short form documentary on the history of Swing Low. Featuring prominent current and former BAME England players as well as Josephine Wright, Professor of Music and Black Studies at The College of Wooster (Ohio), USA.

The film will debut on England Rugby channels on 23 October and it will also feature in matchday content when fans are allowed back into stadiums.

England will play their next game on October 31st, taking on Italy in the Six Nations. 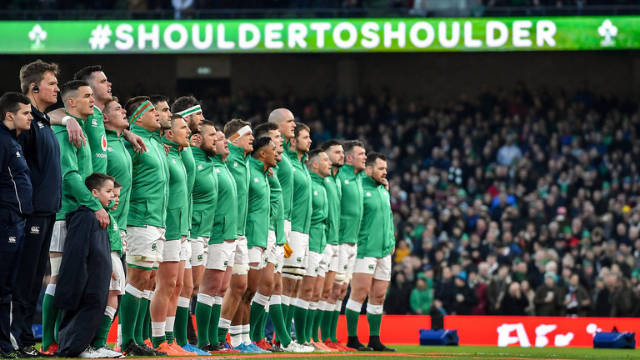