Scotland have only gone and done it, defeating England at Twickenham for the first time since 1983.

The perennial underachievers in European rugby, few gave them any chance of upsetting the odds this evening. Those within the Scottish camp quietly confident of securing a result, but that confidence has often been misplaced in the past.

It wasn't on this occasion.

Scotland thoroughly outplayed Eddie Jones' side and should have put the game away well before the closing stages. They made things much harder for themselves than they should, attempting a crazy drop goal with less than a minute on the clock,  but they got their end to secure an 11-6 victory.

In all Scotland looked streaks ahead of the English in terms of desire, fitness, and physicality. Could that have something to do indirectly with Saracens' relegation?

Speaking on Virgin Media after the game, Matt Williams said all of the Saracens players were way off the pace this afternoon.

"Vunipola, if we didn't know the pubs were closed, you'd swear he'd been in one. He was out of shape."

We have to say the Saracens players, Saracens have dropped to the second division in England as we know, they weren't at the races.

Vunipola there, if we didn't know the pubs were closed, you'd swear he'd been in one. He was out of shape. There was no way he was ready for international rugby.

Owen Farrell, one of the best tens in the world, was way off the mark. Even the great [Mauro] Itoje gave away a lot of penalties.

But again, I don't want to take anything away from Scotland today.

They deserve massive credit. That has smashed the tournament wide open. France will be celebrating and Ireland will be thinking that's a possibility now. It has opened the tournament open completely.

The start of the English Championship season has been delayed until March, meaning the Saracens players have not played competitively since the autumn international window.

This result has now blown the Six Nations wide open, with England the heavy favourites before today's game. It will certainly give Ireland a boost ahead of their trip to Cardiff tomorrow afternoon.

SEE ALSO: Just How Many Trophies Can You Win In The 6 Nations? 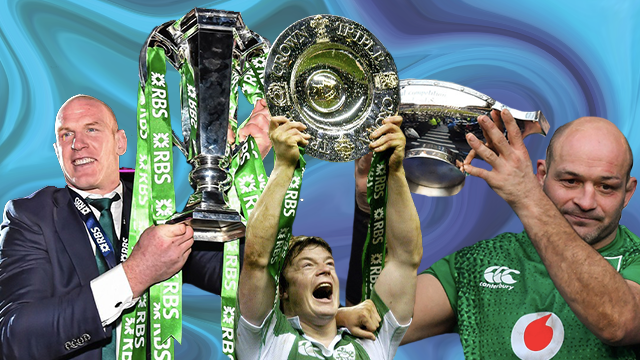