Ireland travels to Paris this weekend with confidence and expectation in abundance. A French side that have recently been a shadow of their former greatness await. Their preparation has been less than ideal, with former coach Guy Novès sacked in messy circumstances.

Yet, Paris has not always been a happy hunting ground for Ireland and France do have a host of young, exciting talent in their midst including 19-year-old Matthieu Jalibert and 21-year-old Anthony Belleau.

France remains a challenging place for Ireland to try extract a result. In their last five visits, Ireland has won just once. There have been some terrific encounters beyond that, with the scoreline often extremely close.

Here are our top five. 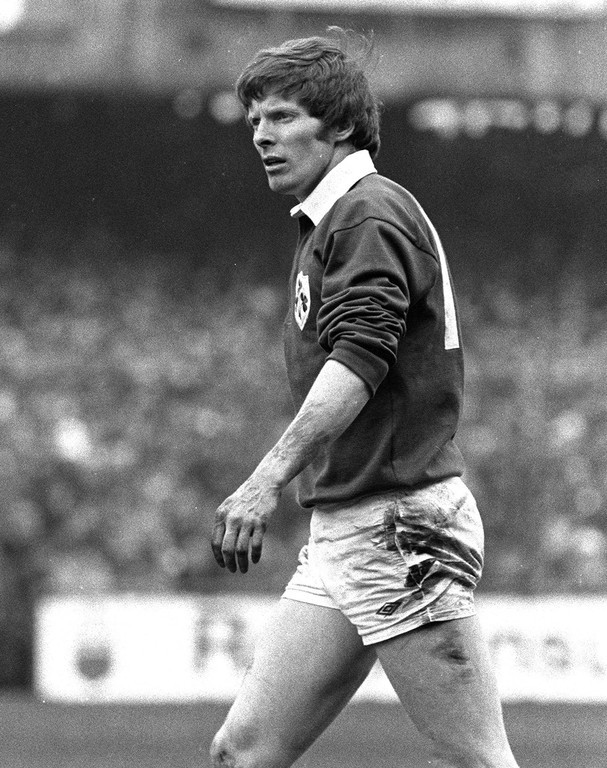 This season's International Championship has followed an extremely unpredictable course and nothing demonstrates that more forcibly than reference to the peril of France as, this afternoon, they face the final assignment for them, of the series, against Ireland at Parc dec Princes, not seeking, as so many expected, another title and grand slam, but the indignity of avoiding the wooden spoon.

Ireland went into this Five Nations game with the opportunity to ensure the wooden spoon would go to a French side who just three years earlier had won a Grand Slam. Instead, France registered their sole win of the tournament and Ireland finished second, behind England. Despite the outstanding boot of Ollie Campbell landing three penalties, a conversion and a drop goal Ireland could not score enough tries, a problem that dogged them throughout the tournament.

Let us hope history does not repeat itself. 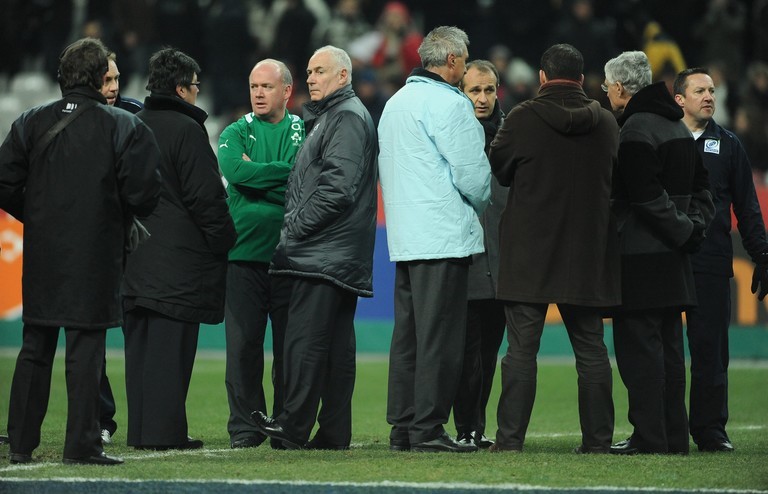 Less than 10 minutes before the arranged kick off, as 80,000 people stood in the crowd and the players waited on the pitch, Ireland v France was postponed due to an unplayable pitch. This was a year that saw France begin to falter as they struggled past Scotland in their first game. When the game was finally played a week later Ireland tore out of the dressing room and raced into a 17-6 lead by half-time, thanks to a Tommy Bowe double which included this gem.

However, Ireland failed to see the game out as Wesley Fofana's incisive runs ultimately paid dividends for a ropey French side. Declan Kidney's men had to settle for a draw. 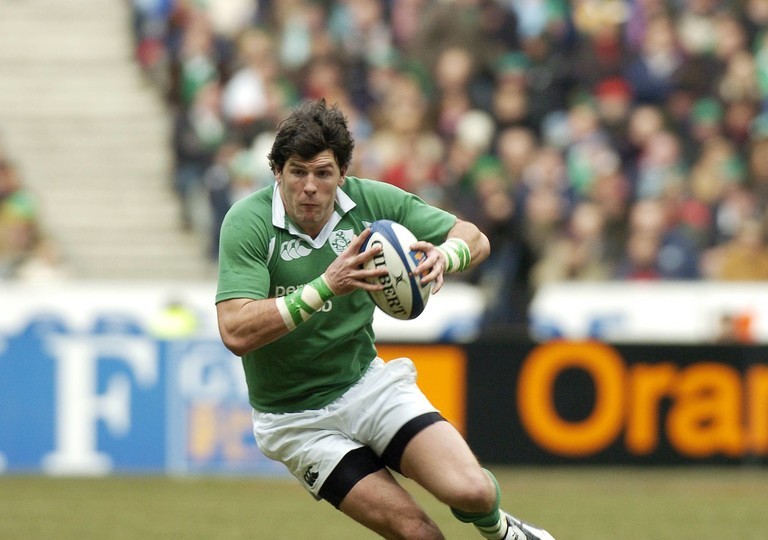 An Eddie O'Sullivan coached Irish side came up against Bernard Laporte's France for a totally bizarre game. It featured an immensely exciting starting back three of Geordie Murphy, Tommy Bowe and Shane Horgan as Ireland went behind 43-3 at one point in the second half. That is when the fun started.

Ronan O'Gara, Gordon D'Arcy, Donncha O'Callaghan and Andrew Trimble all touched down as Ireland locked to launch an almighty comeback. With ten minutes on the clock, Ireland began to hammer away at the French line in desperation. Multiple times they got within five metres only to lose the ball. The game went on to define the tournament as the teams tied on points at the end, with France winning the Six Nations on points difference. 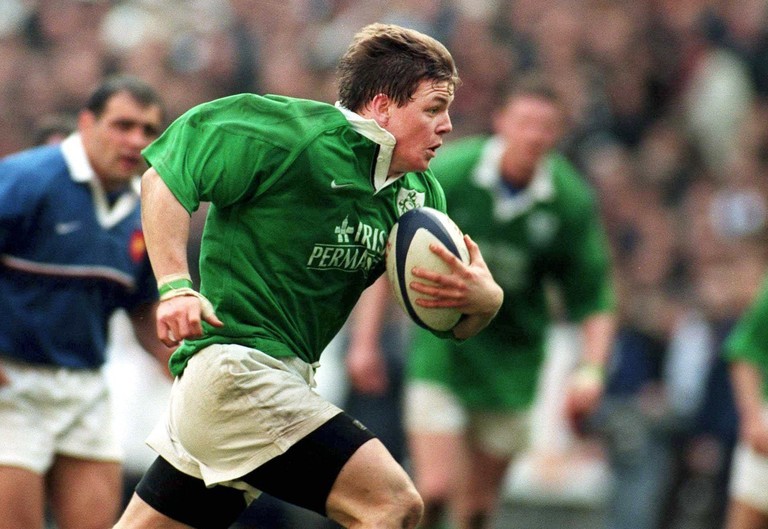 Extremely unlucky not to make the number one spot. Ireland enjoyed their first victory in Paris for 28 years, thanks to a hat-trick of tries from new kid on the block Brian O'Driscoll.

The win lifted the spirits of an Irish side tipped by many for the Wooden Spoon and just hammered by England 50-18. O'Driscoll, sporting an oversized jersey and a questionable hair-do, tore the French drift defence to shreds with some electric footwork and clever combinations.

Ireland had endured a serious hoodoo against France, with their last win coming way back in 1883 before this game. 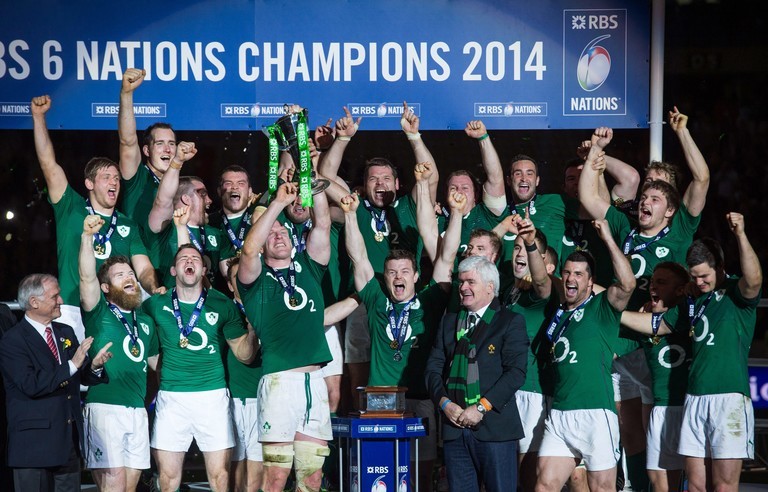 One of the most perfect moments in Irish rugby history. Ireland had to beat France in Paris, something they had done once in 42 years to win the title and deny England. It was the last game of the day and Brian O'Driscoll's last game in an Irish jersey, at the same ground where he burst onto the scene with that terrific hat-trick.

Three teams could have still won the championship that day, including France who put up a brave showing in front of 78,337 people. But Ireland were just outstanding, as Jonathan Sexton landed two tries and was exemplary from the tee.

The game had fitting drama too. In the final ten minutes with the score at 22-20, Jean-Marc Doussain dragged a kickable penalty wide and France had a try disallowed in the final two minutes thanks to a forward pass.

At the very end, a perfectly executed choke tackle secured Joe Schmidt's side a historic Six Nations and the perfect send-off for O'Driscoll.

SEE ALSO: 'It's Not As Bad As You Might Think. I'm Still In There Training As Much As Possible'