Eureka! Some Complicated Maths Have Predicted That Ireland Will Win The Six Nations

It's complicated so you know it's right.

QBE Business Insurance have today come up with a complicated formula with which to predict the results of the Six Nations, and it has shown that the most likely result is Ireland winning the tournament on points difference.

Here are a few of the key questions relating to Ireland's greatest scientific success since Ernest Walton split the atom.

QBE Insurance call themselves the "one of the world's top 20 general insurance and reinsurance companies, with operations in all the key insurance markets".

The company regularly analyse the risk of something happening using long mathematical formulas, and last year turned their attentions to predicting the outcome of the Rugby World Cup.

How Did They Do? They Hardly Predicted New Zealand To Win It Out?

They certainly did.Which at least shows that their maths can be trusted.

In fairness, they correctly predicted the correct result in 38 of the 47 world cup matches, which is an 81% success rate.

They unsurprisingly got the Japan/South Africa result wrong, and they also failed to predict England's spectacular pool stage failure.

Ok Then, I'm Beginning To Be Excited By This. So How Do They Do It?

QBE gathered their risk analysis experts together to come up with a model capable of predicting the results.

They simulated the entire tournament 10,000 times (adding up to 150,000 games) and every match was replicated by generating a number of tries, conversions and kicks scored by each team.

The scores achieved are based on how well each team has played in the past against opposition of similar ranking, as well as the success ratio for kickers, the impact on each team of playing at home or away, and the international experience of each team captain.

If you are interested, here is the formula they employed:

What Were The Exact Results?

At the end of the 10,000 varying combinations, it was found that Ireland had won the tournament 35% of the time. Next closest was England, winning 30% of the time, with France third (17%), Wales fourth (14%), and Scotland were fifth, with a 4% chance of winning.

Poor old Italy actually scored 0%, meaning that according to QBE, the Six Nations could be played for the next 10,000 years and they still wouldn't win it.

Here are the most likely scores, according to our QBE overlords: 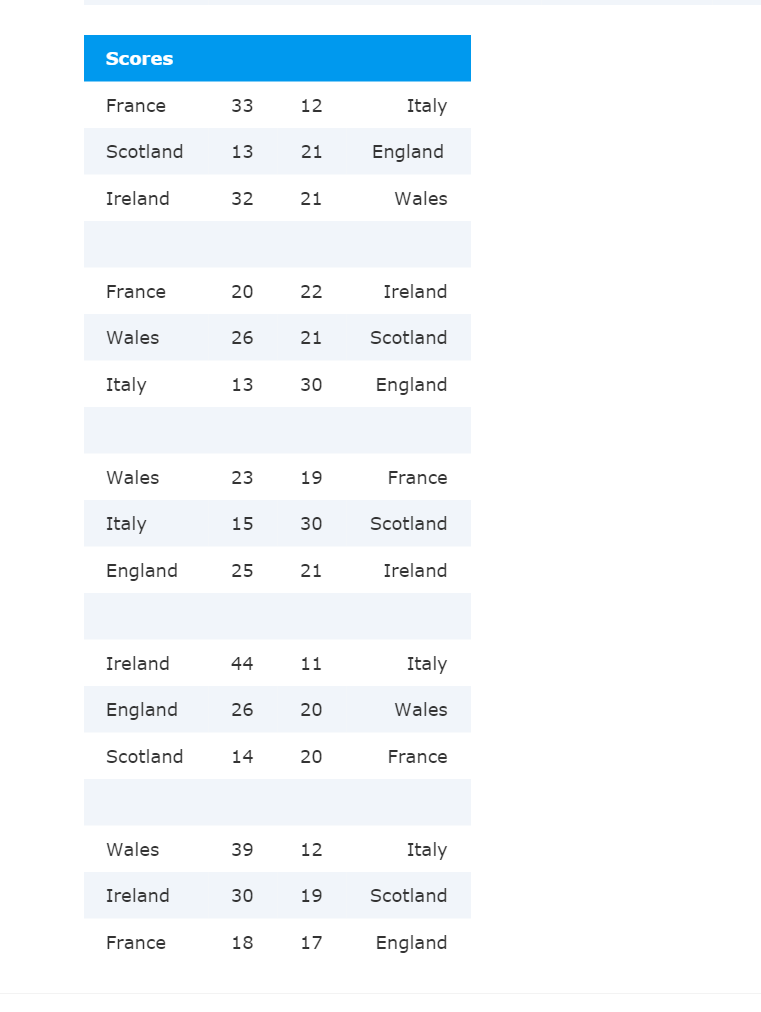 So there you have it, time to break out the champagne.

So Answer This Maths Teaser: If Joe Schmidt Has Two Six Nations Titles In One Hand, And Another Title In The Other Hand, What Does He Have Altogether?

One hell of a reputation. And big hands.

If you can think of a better response to this Maths teaser, tweet @ballsdotie.

See Also: Rory Best Explains Difference Between Captaining Ireland For One Game And Being Captain For Six Nations

See Also: Ireland Fans Get Their Wish With An Exciting New Addition To Ireland Training Today