Farrell & Earls Back Burns To Bounce Back From Welsh Disappointment

Ireland will head into this weekend's game against France with a much changed side. Andy Farrell has been forced to make four changes to the team that lost to France, with Conor Murray, Johnny Sexton, James Ryan, and Peter O'Mahony all forced to sit this one out due to injury or suspension.

It will result in opportunities for other players, with Billy Burns amongst that bunch.

The Ulster man will step in for Johnny Sexton at out-half, hoping to put a poor performance against Wales behind. Many were expecting Burns to fall down the pecking order after a couple of key mistakes in Cardiff, but Andy Farrell has backed the player by bringing him in for his for Six Nations start on Sunday.

Speaking after his team announcement earlier today, Farrell said that Burns has reacted brilliantly to the disappointment of the Wales game.

Everyone makes mistakes and, at international rugby, he understands the extent of that.

But he's a true professional, his team are right behind him, and he's trained outstandingly this week.

Iain Henderson will captain Ireland in the absence of Sexton, O'Mahony, and Ryan, with Keith Earls' experience also set to be key in what a relatively fresh-faced Irish side.

The winger will be earning his 90th cap against the French and he has backed those coming into the team to step up.

It’s tough losing the experience of Conor [Murray] and Johnny [Sexton] but the two lads stepping in... Billy has been flying it with Ulster, he’s settled in well in the squad.

He's popular in the squad and everyone backs him. He’s an unbelievable talent. Of course, he’s disappointed with last week and that kick but that’s sport.

Jamison [Gibson-Park] is cool as as breeze. He’s played in massive games for Leinster before. He’s a Super Rugby winner and there’ll be no fear in both of them.

We are all confident in them. We know how talented they are and when they do click it will be just as good as Conor and Johnny.

A win in this game would get Ireland right back in the championship hunt, but a defeat will spell a long few weeks ahead. 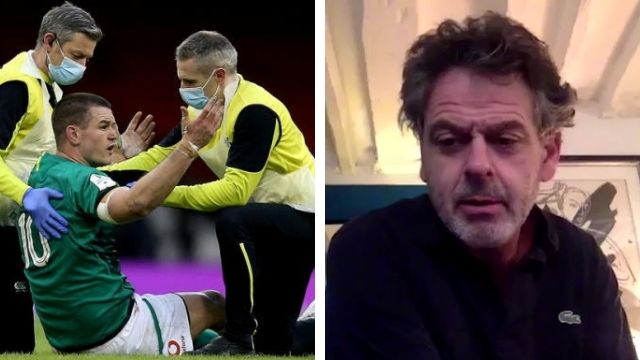