Without question Anthony Foley will go down as one of the greats of Irish rugby. His shock death in Paris on Saturday night has seen an outpouring of love across the rugby world for a man that embodied the Munster side that took on Europe, and triumphed against the odds.

On the pitch he was viewed as the epitome of the wise sage, guiding Munster as their talisman, their elder, who could get the best out of those around him, both senior and junior.

Physically he was also incredibly robust with ball in hand, offering go-forward ball that Munster and Ireland could feed off in attack.

As a figure in Munster rugby he was also known as one of the central heroes of the province. A two-club man who started with Munster in 1995, graduating up from the famous Shannon side of the 1990s that won four AIL titles from 1994-‘98. 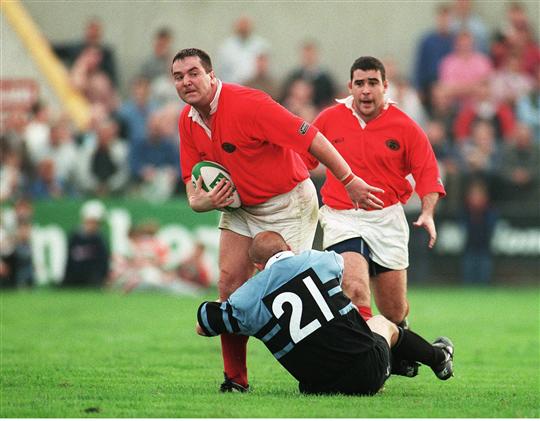 And it was in that period that he oversaw the radical shift in Munster’s ideology that saw them move from the amateur era to the professional era. There were many different elements to that transition: the Heineken Cup final defeats of 2000 and 2002 were pivotal; as was the Celtic League victory in 2003.

But it was once Foley assumed the captaincy in 2005 that Munster finally became the side they always threatened to be as they won their first Heineken Cup title in 2006 against Biarritz.

In 2002, that Munster side included the old guard. The likes of Peter Clohessy and Mick Galwey; the men who had got Munster off the mark and instilled that sense of pride in the jersey, the sense that Thomond Park was a fortress that should not and would not be breached.

By 2006, Foley was the last giant standing from those early days, and served as the bridging force between two eras, guiding the likes of Marcus Horan, Jerry Flannery, Donncha O’Callaghan, Paul O’Connell, Peter Stringer and Ronan O’Gara towards the summit of the European game.

By 2008, Paul O’Connell had assumed Foley’s captaincy role, with Axel struggling for fitness due to a shoulder injury and out of the side. But by that stage the baton had been passed; he had served as that bridging point, that guardian of the Munster ethos, the man who passed on the passion and the pride that the province have always instilled in themselves and required in order to become one of European rugby’s true giants. 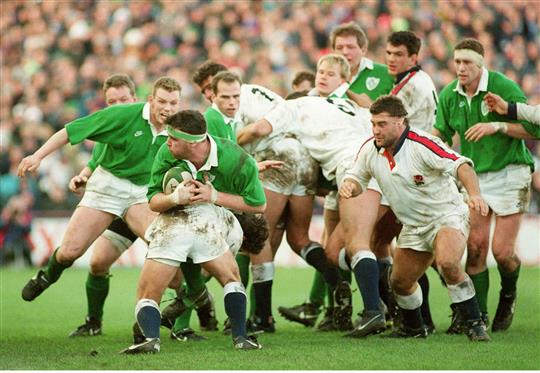 For Ireland, he served a similar role. When he came into the side, also in 1995, the national side was in the midst of a decade of embarrassment and defeat as routine. Echoing his role with his province, Foley was no quitter and although he missed the 1999 World Cup, he remained part of the Ireland side that took Ireland into the era of success they know now. The defining moment of that period was the 2004 Triple Crown, Ireland’s first major win since 1985; and Foley was the man at the back of that pack at Lansdowne Road on 27 March. By the 2006 Triple Crown Foley had made way for his Munster team-mate Denis Leamy in the No 8 jersey for Ireland, with the template set by the Killaloe man.

Part of the fabric of Munster 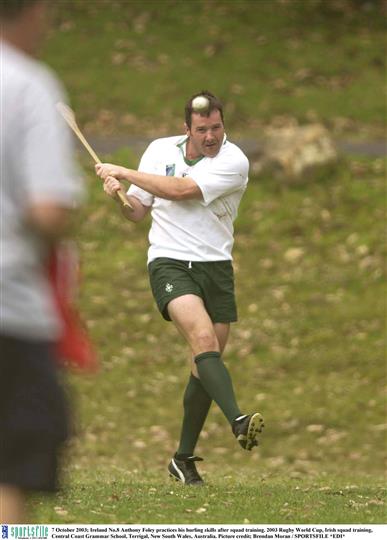 Foley will forever be linked with Munster's glory days in the Heineken Cup. Munster breathed life into the competition and Foley was their leader. Such was his prowess in Europe that he was voted into the ERC's Dream Team in 2010 when the Heineken Cup turned 15. He kept none other than Lawrence Dallaglio out of that team of greats.

A man with Munster’s DNA so engrained into his life was always likely to play a part in their backroom team and so it was when he graduated to forwards coach in 2011 and head coach in 2014. This decade has been a difficult one for Munster thus far as they once more attempt to transition, this time from those great sides of the noughties to a side that can cut it with the best of the new super-rich clubs of the Champions Cup era. At 42-years-old Foley was going to be a huge part of that challenge and he had spoken of his desire to lead the club onwards over the next 15 years. That chance for another Foley-inspired transition has been cruelly taken from him.

He is gone from this world but his imprint on Munster and Irish rugby will last forever.

See Also: Tears In 2006, Tears Today: What It Was Like To Grow Up In Killaloe Worshiping Anthony Foley

Rugby
4 hours ago
By PJ Browne
The Last Munster Team To Win Silverware: Where Are They Now?
Rugby
2 weeks ago
By Michael Bolton
Leicester v Leinster: Stephen Ferris Isn't Buying The Optimism Of His English Friends
Rugby
2 weeks ago
By Colman Stanley
Mike Prendergast Announced As Munster Attack Coach For Next Season
Previous Next

Rugby
4 hours ago
By PJ Browne
The Last Munster Team To Win Silverware: Where Are They Now?
Rugby
2 weeks ago
By Michael Bolton
Leicester v Leinster: Stephen Ferris Isn't Buying The Optimism Of His English Friends
Rugby
2 weeks ago
By Colman Stanley
Mike Prendergast Announced As Munster Attack Coach For Next Season
Popular on Balls
Football
7 hours ago
By Eoin Harrington
Juan Mata Questions Manchester United Management After Dire Season
Golf
2 days ago
By Gary Connaughton
Padraig Harrington Glad He Didn't Have To 'Make A Decision' On Saudi Golf League
Football
1 day ago
By Gary Connaughton
The Frank Lampard Love-In After Everton's Survival Was Downright Bizarre
GAA
2 days ago
By PJ Browne
'It Came At An Awkward Time. I Didn't Think It Would Be So Bad'