Four Standout Irish Performances From Round One Of The URC

In an exciting first round of URC rugby the Irish teams didn’t disappoint at all. Every team played fast, exciting and positive rugby and scored a lot of tries. Even in a tough away defeat Connacht looked dangerous while Ulster, Leinster and Munster won at home. Sixteen tries were scored by the Irish on the weekend and all looked good enough to compete at the top of the standings. There were many great individual performances but here are the standouts from each province in round 1 of the URC.

The defending champs marched home to a dominant 31-3 victory over Bulls. Leinster's speed was on show as the Bulls couldn't keep up with them. The defending Currie cup champions were no match for the on fire Leinster. Tries from Josh van der Flier, Andrew Porter, James Tracey and Ross Byrne gave Leinster the bonus point in the Aviva. It's going to take a lot for a team to beat Leinster this season.

Ruddock had a great all round flanker performance with immense speed, work rate and intensity. The flanker made 36 metres from his 9 carries. That's a rate of 4m/carry which is very efficient the forward. He also made 13 tackles and 1 turnover, exactly what you want to see from a flanker. Ruddock is the perfect flanker for youngsters to watch, he isn't flashy but is hard as nails and does all the basics to the highest level. He rarely makes mistakes as you can see by his 0 penalty conceded on the weekend despite Leinster doing a lot of defending in the second half.

The Red Army had a very impressive 42-17 win at home over the Sharks where their pack shone and dominated the South Africans. The power they possess is still immense even after losing CJ Stander. They stood up to the big Sharks and scored 6 tries to get off to the perfect start to their URC season.

The prodigal son comes home. On his return to Limerick Simon Zebo picked up 2 tries, including one where he ran nearly the full length of the pitch, looking as quick as ever. The winger also made 2 clean line breaks and gained 89 metres, most of them through his first try but nonetheless he was very good in attack. One try assist as well capped off a fantastic attacking display from Zebo. He was efficient on defence too, not missing any tackles in what was a great return. Munster are definitely a force to be reckoned with if they have a fully fit squad and are scoring as many tries as they are. Gavin Coombes also deserves a mention for his 2 tries. The young number 8 looks like he can be a top calibre international player.

The Ulstermen won a nail-biting 35-29 contest against the Glasgow Warriors at the Kingspan Stadium. Ulster looked good in spells when attacking but their tackling was quite poor in defence, missing 12 tackles and only getting 1 turnover on defence. However, they scored plenty of tries, which is where they need to improve on from last season. They missed out on the Pro14 final last season by bonus points from not scoring enough tries. Therefore starting their URC season off with a bonus point is what they would've wanted.

Although McCloskey didn't score a try, the inside centre did beat 5 defenders and made 2 clean line breaks on attack. McCloskey gained 36 metres from 7 carries, which is over 5m/carry. Lastly even though it was a poor defensive performance from Ulster as a whole, McCloskey made 12 tackles, the most of any Ulster back. The centre will definitely impress this season if he can stay from injuries as one of the main focal points in Ulster's attack.

It was a frustrating 33-21 defeat for the Westerners away to Cardiff Rugby. They looked impressive in spells on attack, playing their expansive, skills-based game plan. Andy Friend’s side entertained with their fast pace and broke down Cardiff on a few occasions, but didn’t do it enough. They made silly mistakes on attack however, conceding 22 turnovers. If they are to compete in the URC they'll need to cut them out. Nonetheless they won't be short of scoring tries and their games will be entertaining.

The Irish international had another great scrum-half performance. Marmion had a tough task to keep up the high tempo offence but he did it brilliantly. He was snappy at every ruck and kept his forwards working, helping to create space on the edge for the explosive backs. He was also brilliant at running support lines which you can see in his first try. Like a kiwi scrum half he ran in the inside channel looking for the offload from Oliver. Marmion anticipated the line break and was on hand to score the try after Oliver drew his man. Although Scrum-halves aren’t normally in the defensive line, Marmion fronted up and made nine tackles, a very high amount for any player let alone a scrum half. In what was a frustrating evening for Connacht there was still a lot of positives to take from it and Marmion's performance was one.

Here are the URC standings after round 1:

Here’s how things stand after Round 1 📊

Which team surprised you the most? 🤔#URC pic.twitter.com/F57ekoQPuj 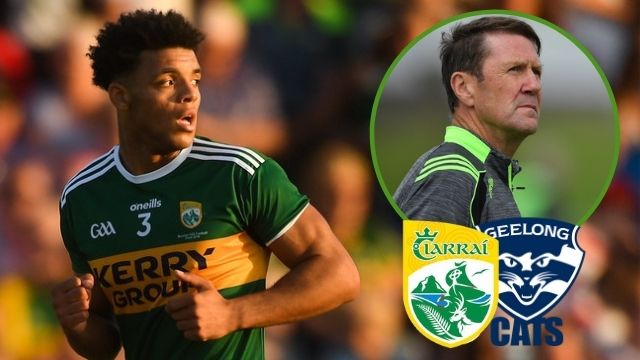