At half-time in Ireland's defeat to England on Saturday, Freddie Burns was 6,000 miles away from Twickenham trying to spot holes in the England defence.

Freddie, who has five caps for England, is the brother of new Ireland international Billy. He is now playing his rugby in Japan. On the family WhatsApp group, he suggested a short kick in behind the England defence could create a chance for Ireland.

With 12 minutes to play, Billy entered the action as replacement for Ross Byrne. Six minutes later, Ireland were on the scoreboard following the new out-half's chip over the top which landed in the arms of Jacob Stockdale.

"Someone's said that it only had one tick on the message. So, it means that no one has actually seen it," Freddie told Balls.ie on The Takeaway with Chicago Town.

"At half-time, we were chatting about England's defence being so strong. We were discussing what we could do. Ross Byrne was struggling to get the boys moving forward.

"He comes on with 10 minutes to go and there's nothing to lose. You can throw caution to the wind. His short kicking game is pretty good. That relationship with Jacob Stockdale proved itself and it was a good try.

"England were comfortable without the ball. When they are that aggressive with their line speed and come strong, England want the ball out the back so they can go and smash you.

"I felt like Ireland started the second half a little bit better. It just needed something a little bit different to upset the England rhythm in defence."

Freddie said it was a "proud day" for the Burns family.

"Growing up he would have had dreams of playing in an England shirt in this fixture but with the Irish grandad and the way he's gone at Ulster, it happens that he's playing for Ireland.

"It's a proud day. It's been a great couple of weeks for the family seeing him get the opportunities that he has. It would have been nice to see him get a little bit more time today. He can be pretty happy with the impact he had when he came on."

See Also: Is Hugo Keenan The Answer To Ireland's Long-Term Issues At Fullback? 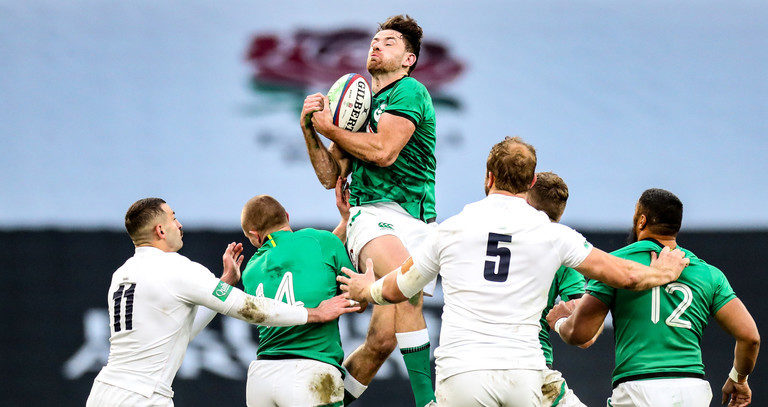