'To See The Little Brother Represent Ireland Was Unbelievable'

Freddie Burns believes it's time for Ireland to start giving chances in big games to out-halves other than Johnny Sexton.

Burns's brother Billy came off the bench for Ireland against Wales at the weekend, replacing Sexton. The IRFU has already confirmed that Sexton will miss Saturday's game against England. Should Billy recover from a head injury sustained in the game, he could step into the gap.

Freddie, older brother of Billy, won five caps for England between 2012 and 2014. He currently plays in Japan with Toyota Jido Shokki. Billy moved to Ulster from Gloucester in 2018. English-born, he qualifies to play for Ireland through a grandmother from Cork.

"It was a very proud moment," Freddie told The Rugby Pod about Billy's debut.

"First and foremost, you never want to see someone like Johnny Sexton go off with the injury that he did. Hopefully, it's not too serious.

"To see the little brother get on and represent Ireland was unbelievable. It was a big day for me. I was up at 3:30am to watch the game. It was worth it.

"Hopefully, his head is not too bad, and he can have another crack this weekend.

"We spoke about [playing for Ireland], when he's had good performances for Ulster. When Gloucester signed [Danny] Cipriani, that was a real tipping point in his career. He could have been a frustrated second choice fly-half at Gloucester and right now be struggling to find a club that would start him.

"Instead he chose to go over to Ulster. He's just grown and grown in the years he's been there. He's finally got his reward.

"He was close in the Six Nations before coronavirus happened. He came back and wasn't too happy with how he played in the semi-final and final of the Pro14. I think he was worried that his opportunity might have gone.

"Andy Farrell has backed him, and he got his reward on Friday night. I just couldn't be prouder to see him come on and kick his goals. They beat a pretty poor Welsh team, but still, they needed beating."

Freddie holds no doubt that his brother can handle the pressure of the international game.

"I think it's hard because you could argue that no one has been given the opportunity to stake their claim. Then you can also turn around and say that Johnny Sexton has been one of the best 10s in world rugby for the large part of a decade.

"You could argue that no one has really stepped up and taken it. Now is Bill's opportunity. Hopefully, he can force his way in there and cause questions for the coaches.

"I feel like it's about time - obviously I'm going to say this because my little brother is the one who could potentially fill the boots - but even if it was a Ross Byrne or Jack Carty, they need to start putting 10s into the firing line of big internationals like England." 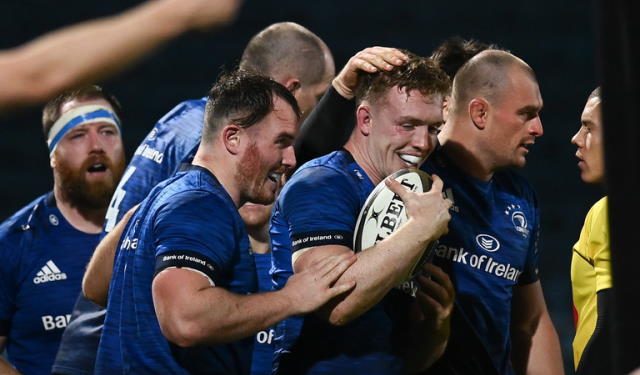