Dr Jean-Francois Chermann has apologised to Johnny Sexton after he suggested that the Ireland captain has suffered "around 30 concussions" in his career.

Chermann was responsible for standing Sexton down from play for 12 weeks in 2014 while he was playing for Racing 92 in France.

At a press conference on Wednesday, Sexton said he was "saddened and shocked by the inaccurate reports" and that "it's totally inappropriate that a doctor I have seen, many years ago now, felt it was appropriate to come out and talk to whoever it was and say those things".

In a statement to RMC, Chermann clarified:

"Regarding my interview on Sexton, I did not want to talk about thirty concussions but concussions and sub-concussions," said Chermann.

"And if you ask most rugby players, they will tell you that they have also suffered numerous concussions in their career, which moreover are hardly ever declared.

"For Sexton, we can therefore absolutely not speak of 30 concussions. I should not have cited this figure without any explanation and regret the damage I have done to the player who was my patient and whom I respect more than anything.

"In my neurological experience of treating more than 1,500 athletes who have suffered concussion, the pivotal elements ruling out a return to action are: the fact of having suffered concussions close together in terms of time, that a previous concussion has taken time to be shaken off (several weeks) and the fact that the player is under 20 years old because there exists a serious risk of suffering an after shock.

"To be clear, if Sexton has not suffered from a concussion for a year, that he is asymptomatic after 48 hours, that the tests carried out are good and that the return-to-play protocol has been carried out properly, then there is nothing to stop him from playing against France." 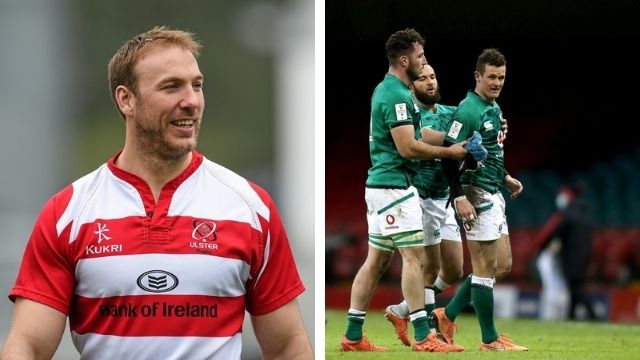