Ahead of Leinster's Champions Cup Final against Racing 92, the French outfit have been dealt a huge blow with the news Maxime Machenaud has been ruled out for the rest of the season.

The Paris based club took a big step towards a Top 14 semi-final spot today with a 39-15 victory over the Bordeaux-Begles. However, it comes at a cost as Machenaud suffered ruptured knee ligaments.

Machenaud was outstanding against Munster both with his kicking from the tee and scrum-half play. His speedy delivery and intelligent fringe work proved difficult for Johann van Graan's men to counter during their semi-final in Bordeaux. 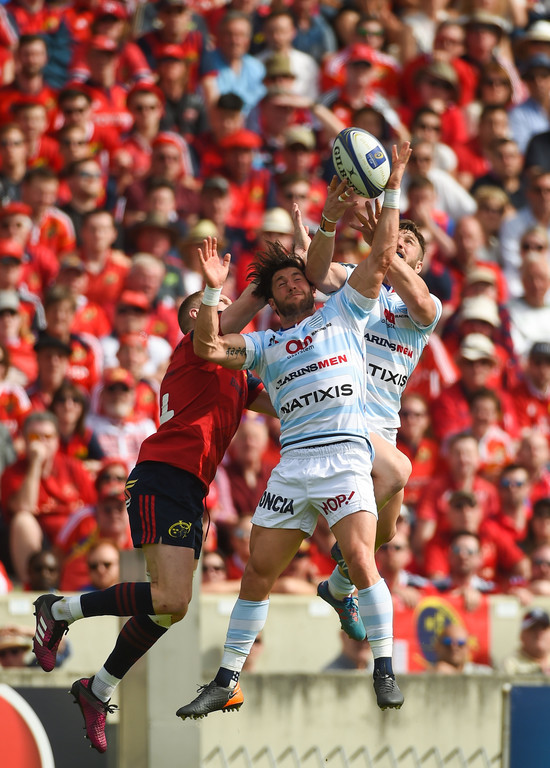 He is likely to be replaced by 27-year-old Teddy Iribaren, who came on in the closing minutes against Munster. That would see Patrick Lambie assume kicking responsibilities although the temptation to start Dan Carter, introduced early in the second half against Munster, may now be stronger given his ability in this area. Carter came on for French full-back Dupichot, so some rejigging could allow for his introduction for the final in Bilbao.

Rugby
1 week ago
By Sean Meehan
EPCR Confirm That The Champions Cup And Challenge Cup Have Been Suspended
Rugby
1 week ago
By Gary Connaughton
Potential Champions Cup Postponements Leave Six Nations In Doubt
Rugby
1 month ago
By Donny Mahoney
Munster Fans In Awe After Incredible Comeback Win Away To Clermont
Popular on Balls
Football
20 hours ago
By Balls Team
Celtic Draw As Scott Brown Sent-Off For Hitting Corkman With Flailing Arm
Football
13 hours ago
By Balls Team
Report: Celtic One Of Several Clubs Lining Up To Sign James McCarthy On Free
Football
18 hours ago
By Gary Connaughton
Report: Martin Odegaard Set To Snub Potential Arsenal Move
Athletics
11 hours ago
By Donny Mahoney
Why Jerry Kiernan Was The Perfect Sport Pundit