Ireland fans watching Saturday's Champions Cup final couldn't but have helped experienced a tinge of regret. Irishman Simon Zebo put on a finishing clinic in the game, running in two tries for Racing 92.

It was the type of finishing ability Ireland certainly could have used in the last couple of years. Of course, Zebo has not been considered for selection after his move to France in 2018.

The IRFU's policy to not select players who are based overseas is somewhat understandable. They want to keep the best Irish players in this country, and often unable to match the money on offer abroad, the prospect of playing for their national team is often enough to keep those players around.

There have been exceptions to the rule, with Johnny Sexton's move to Racing the most recent example.

Many feel the policy should be halted entirely, with there being a sense that the IRFU are cutting off their nose to spite their face in some instances.

While Zebo and teammate Donnacha Ryan came out on the losing side in Saturday's game, there were a couple of Irishman on the winning side.

Ian Whitten started for Exeter, while Dungannon native Gareth Steenson was an unused substitute. The 36-year old has been a player at the club since 2008, spending his entire senior playing career in England. As a result, he has never won an Ireland cap.

He is will retire at the end of the season as the club's all-time record points scorer, and Steenson told the BBC that he feels the IRFU's current selection policy should be reviewed.

I think it's a shame.

There are only four provinces that you can select from, so why take away the opportunity if some of your best players are away playing top-level rugby in a different competition? They will be are learning from other players and other leagues.

I understand that it is an easier way to look after players, being at home, but for me I never had an opportunity to play for any of the provinces.

I was always at a disadvantage as I was never going to get selected for Ireland, that was just the way it fell for me. Hopefully, one day, the IRFU might look across the water, but I can say that now I'm finishing.

You can certainly see both sides to the argument. However, there is little indication that the IRFU will reconsider this policy as things stand.

SEE ALSO: Here Are The Six Nations Permutations Ahead Of Competition's Return 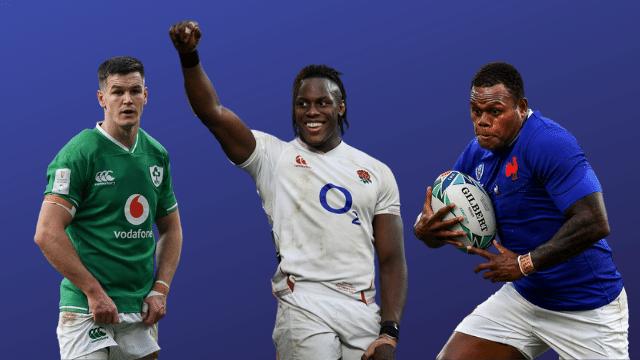 
Balls.ie · The Buildup Rugby - Ferris: It's Time To Worry