Leinster won a hard fought victory against Cardiff at the RDS in the Guinness PRO12, coming out on top 23-15.

Ireland U20 star Garry Ringrose made his debut on the wing for Leinster. Shortlisted for the 2014 World U20 Player of the Year award, much is expected of the 20-year-old.

Garry Ringrose is going to be so good as well! #LEIvCAR

Late in the game, with Cardiff chasing a score which would get them a bonus point, Ringrose put in a massive hit on Gavin Evans.

Nice shot of the hit from Sportsfile's Stephen McCarthy. 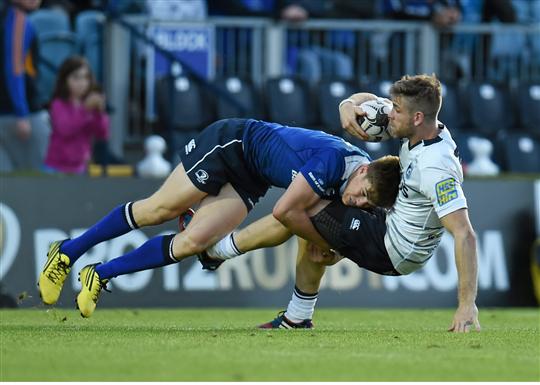 It's not the first piece of highlight reel we've seen from Ringrose in his career so far.

Rugby
2 years ago
By Maurice Brosnan
Why Do Munster Keep Shouting 'Oompa Loompa'?
Previous Next