'It's Not As Bad As You Might Think. I'm Still In There Training As Much As Possible'

Garry Ringrose isn't sure where he'll be watching the game this weekend. He might have some people over, he might watch it at the house of a few close friends or he might watch it with family. One thing is certain - he won't be at the Stade De France when Ireland play their opening game of the Six Nations on Saturday.

Ringrose picked an ankle injury, syndesmosis, during a Pro14 game against Ulster earlier this month. It meant back to back frustrations - though he wouldn't use that exact term - for the young centre. He had just returned from a shoulder injury sustained during Ireland's summer tour. Just six games into his comeback, he was again sidelined.

Obviously, it's not ideal to pick up an injury after just coming back from one. I went into Santry [Sports Clinic] and Johnny McKenna, the surgeon, did a really efficient procedure that has you back within the six to eight week mark. Thankfully, it's not as bad as the previous injury that I had this year. The medical team in Leinster have it down to a tee recovery-wise.

Teammates Isa Nacewa, Josh van der Flier, Dan Leavy and Barry Daly have all suffered from the same injury. Ringrose is undoubtedly benefiting from their misfortune.

The 22-year-old is unsure of an exact return date. It could be sometime in the next three weeks - maybe a week earlier, maybe a week later. 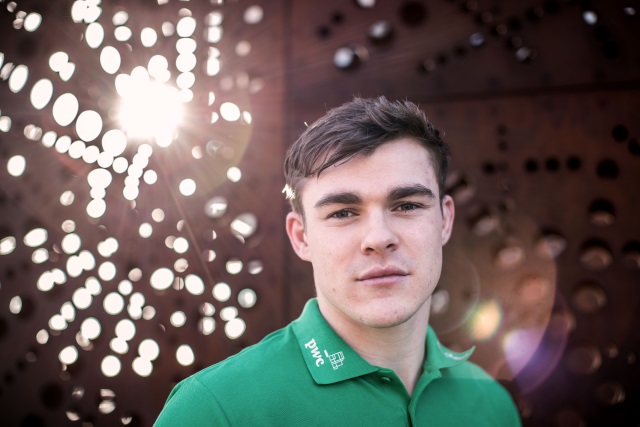 Injury setbacks are a new challenge for Ringrose - they're the first dips in a career which had been on a remarkable rise. The medical team at Leinster have kept him busy - there's no extra time off.

Injured players at the club are not allowed become detached, it's important to stay involved - and informed about important happenings like Johnny Sexton's new social media presence. "I think he copped a bit of slagging for finally getting on Instagram," revealed Ringrose.

"You're almost in Leinster more [when injured] because you cover off every little aspect and do loads of little sessions. It's not as bad as you might think. I'm still in there training as much as possible working on every other element of your game.

"You'd still be in meetings and contributing whatever way you can; watching the games. You still feel like you're part of what's going on and moving with the club. They don't let players who are injured get left behind."

Guys I've seen get injured before like Isa Nacewa and the attitude he brings to it and can come back and play as well as he does or someone like Jamie Heaslip, who is injured at the moment. The professionalism that he shows and brings 24/7 around the place is a good example to follow.

During his injury hiatus, Ireland added more centre talent to Joe Schmidt's options: Bundee Aki and Chris Farrell were both capped in November.

New Zealand-born Aki qualified through the three-year residency rule. A player not born on this island possibly stepping ahead of him in the pecking order while he's out injured doesn't annoy Ringrose. To him, it's all part of the game.

"I don't really think about it too much. It's part of international rugby at the moment - I know it is changing. The best way to look at it, a player of his calibre coming in - he's proved it for so many years at Connacht.

Pictured is Leinster and Irish International Rugby player Garry Ringrose at the official announcement of his partnership with PwC.