The Lions' first test against South Africa has had its first controversy before it's even kicked off, with Warren Gatland furious about the appointment of a South African TMO for Saturday's clash.

Brendon Pickerill of New Zealand had originally been chosen as TMO for the clash in Cape Town, but has been forced to pull out due to travel complications. The appointment of South African Marius Jonker in Pickerill's place has reportedly left Lions coach Gatland furious.

The Lions are reportedly unhappy that a push was not made to find a neutral alternative. English referee Wayne Barnes had been part of several of the tour's refereeing teams, but will not be involved in any of the Tests.

Jonker is now set to work as TMO on all three tests, alongside New Zealander Ben O'Keefe, Frenchman Mathieu Raynal, and Australian Nic Berry. The presence of a South African official is contentious enough, before considering the role Jonker played in one of the tour's most controversial flashpoints.

In the Lions' touring game against South Africa A, Jonker recommended against a red card for Springbok Faf de Klerk, who had flown in with a dangerous tackle. In the aftermath of the game, Gatland sought an explanation as to why de Klerk had not been sent off, and slated the refereeing performance.

I can’t understand where the comments were that there was no contact to the head. Someone was watching a different picture to me. I thought it looked reckless. No arms and he’s hit the arm first and then the shoulder, but there’s definitely head on head contact.

The Lions were given some good fortune on the 2017 tour of New Zealand with the decision to send off Sonny Bill Williams in the second test, but Gatland has nonetheless expressed concern that a refereeing decision could sway the game.

The last thing that we want from a Lions perspective is a Test match decided on someone making a really poor decision – going in with a shoulder, a tackle too high. A yellow card or sent off.

Gatland's unhappiness with the TMO appointment may well be nothing more than a publicity stunt to draw attention away from his players, but it is hard to imagine there are not at least some concerns within the Lions camp at the presence of Jonker on the officiating team.

The Lions will simply have to do their talking on the pitch against the Springboks, but they will face a stiff test against the world champions. Kick-off in Cape Town on Saturday is at 5pm. 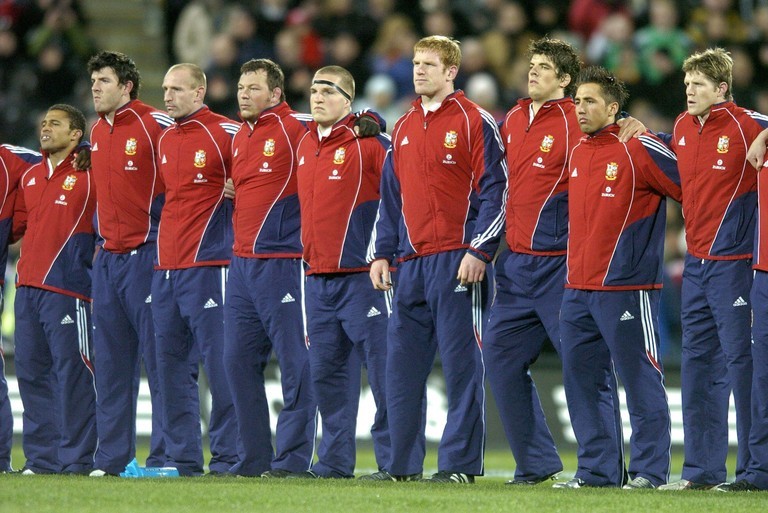