These lads have massive futures ahead of them.

There are some supremely back rows coming through in Irish rugby at the moment, but very few of them have the same potential as Gavin Coombes.

The 23-year old has a remarkable knack of popping with a try for his side, something that has been a big plus for Munster in recent times.

He was at it again this evening, scoring a remarkable four tries in his side's win over Zebre. His teammate Craig Casey, a player that those in Irish rugby are right incredibly excited about, would contribute a pair two tries himself.

In the end, Munster would run out comfortable 54-11 winners in Italy.

Casey's opening try was the second of the game, with the scrum half sneaking in at the corner after a well worked set-piece move.

Craig Casey sneaks in at the corner to finish off a slick Munster passing move.

His also showed fantastic initiative to support Chris Farrell for his second of the game, not assuming that the centre would finish the move himself.

Dare we say it was even a little bit Antoine Dupont like.

Craig Casey scores his second try after Chris Farrell is held up inches from the line.

Joey Carbery kicks the conversion from in front of the posts, and that is half-time.

Coombes also impressed in that first period, with this tap and go try being the highlight.

"You want your No 8 to tap and go just like this.

"And a good low body position as well."

Munster No 8 Gavin Coombes has impressed Sene Naoupu in the first half against Zebre.#ZEBvMUN #GuinnessPRO14RainbowCup pic.twitter.com/NXfZvB33c5

In fact, Coombes would end the game with a remarkable personal tally of four tries.

His record for Munster isn't half bad.

4 tries for Gavin Coombes tonight takes his final tally for the season to 15 in 22 games.

Gavin Coombes wants all the tries. And who's going to tell him he can't have them? Not me. #WestCorkMafia

With a number of Irish players on duty with the Lions this summer, both Casey and Coombes are likely to be given an opportunity in Ireland's upcoming games against Japan and the USA.

At 22 and 23-years old respectively, they are set to have a big say on the country's fortunes for a number of years to come. 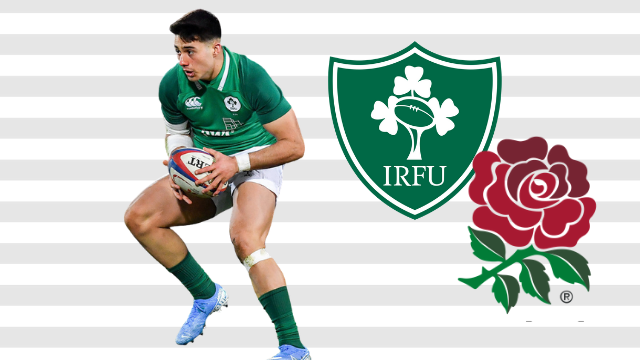